What is Day Trading System? How it Works? The Good and Bad of a Trading Systems - The Next Tech
Tuesday, 25 February 2020
Login Register

A trader can find success in many ways, however, most traders tend to follow systemic or discretionary trading rules and regulations. Traders who follow discretionary rules, sell and purchase stuff based upon their predictions and what they assume is going to happen in the markets. Where systems traders are the ones who tend to follow rules that are already predefined. Both of these day trading methods can be profitable, but these novice traders are best served through a proper trading system.

To start with, a person first needs to know the main difference between investing and trading. Sometimes an investor purchase things that they think are undervalued according to their research and intends to stock it for a long time hoping to gain profit on his purchase.

Where traders buy items that they can sell fast to earn a short term profit. Value of an item is not always a consideration for a trader while making a purchase decision. Day traders often count on signals that are generated solely by the prices of an item.

With the help of high tech computers, stock market tips and direct access to stock exchanges as well as experienced brokers, most traders don’t even know what about the item they plan to buy and sell. The thing about good traders is that they also use more leverage as compare to most investors. This leverage includes borrowing cash to invest. Most traders do this as it increases gains on the upside.

Sadly, a lot of investors learned various stock market tips during the famous “subprime mortgage meltdown”, having good leverage can make your losses catastrophic on the downside.

A trading investment can be both long and short. When an investor wants to go long they purchase something that will be beneficial in the long term. To go short, traders often sell an item they don’t actually own and later buy it back for some profit. If the price of a product has declined since the purchase, it will give them profit. However, if the price goes up, it will end up giving them loss.

Some of the most famous and smart traders such as “George Soros”, tend to first analyze the news and macroeconomic events before making their decision on how these factors will impact the markets.

In the year, 1992, Soros, a famous day trader who made over $1 billion in just one day by shorting of pounds. Soros had a theory that the Bank of England made a huge error in 1990 when combining with the European Exchange Rate Mechanism. Being sure that the central bank of England would be forced to accept its fault and will have to either lower its currency or raise its interest rates, Soros end up selling over $10 billion worth of British pounds.

After some time, Great Britain’s declining economic conditions forced the Bank to do the money, and he was eventually proven right. Soros was immediately given the title of the men who broke the Bank of Britain.

After two years, Soros proved to be errant. However, a similar case on the Japanese currency has resulted in a huge loss of around $600 million. Losses like this have the potential of killing the career of a lot of traders, it represents only a small five percent of Soros trading as he did survive to challenge other central banks.

Most trading systems often follow predefined rules and regulations instead of feelings and educated guesses. The primary advantage is that only a Few handful people the knowledge and the information or capital that the great Soros had, and with less or limited resources a system only lets new/ smaller traders decide solely based on price. Eliminating the excitement of market action into the decision-making process offer small traders a decent chance at earning more profit.

When the system is properly followed it can easily get rid of all the stupid emotional mistakes that many traders still make. The main disadvantage is that every trader requires leverage to make some profit since they are already aiming towards smaller portions when it comes to profits on every trade they make. Doing this makes them more-suited towards another short-term stock trading regarding margin accounts.

– Sizing rules to know how much one should bet on every trade. These rules came from various gambling theories.

These entry rules are mostly based upon the prices of an item. A trader wants to be concerned with everything except the price. A good example of this rule would be to purchase when the rates of an item reach a new 20-day high and enter short every time rates fall into a new 20-day low. Always remember that starting trades can go a lot longer or can also be short depending on what you’re dealing in.

The amount to purchase or sell on every trade is called position sizing. The main reason for that is pretty simple because a single big loss can put bad effects on your multiple wins.

A lot of times, many traders start acting overconfident after increasing their trade size by winning a few times. So, when a big loss occurs and it often does, given the leverage of a trader an account can be easily destroyed.

Basic and safe rules to manage risk are to first learn about your trading items and only trade 2 percent of your account equity on a single time. Doing this will guarantees you a huge cash reserve that will help you cover if a loss occurs.

In the end, the essence of a day trader is to make sure you listening to the market and keep an eye on stock market tips instead of going against the market. After all, in trading, it is always better to make some money than to be right.

Hi, This is Jay potter from Day Trader Architects. I love to write content about trends, tech, finance, and other categories. I have been writing for the past four years 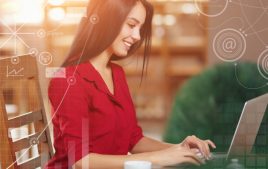 Latest Banking Technology that should be Focu... 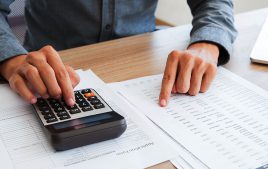 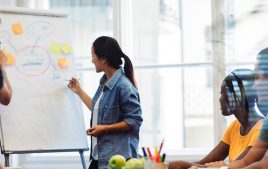 8 Ways That Will Reshape the Fin-Tech Landsca...