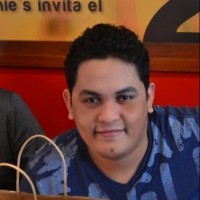 by Diego Coronado — 8 months ago in Artificial Intelligence 3 min. read
1704

Augmented Reality has long been a futuristic concept often discussed in the same way that true Artificial Intelligence or virtual reality is. However, Augmented Reality technology is quite advanced already, and it is likely you have even used AR technology without even realizing it.

If you’re unsure what Augmented Reality is, it is the superimposition of computer graphics or information over the reality that surrounds you.

Sounds pretty wild, right? While this sounds like science fiction, companies like Google are already developing glasses that bring AR to life, but in the meantime, there are plenty of mobile apps that already use Augmented Reality technology.

It is highly likely you’ve already seen or used this technology before. Check out some of the most popular examples of AR technology in mobile apps.

Who hasn’t spent hours wandering around their neighborhood trying to catch Pokemon? The fact that you are able to see Pokemon superimposed over your neighbor’s lawn is an example of Augmented Reality. This mobile app is probably the most popular AR game released to this point.

While the technology is rudimentary in some respects, it is also very good at providing users with an entertaining experience that consistently works. The next time you’re trying to catch a Pokemon in the park, remember that you’re using Augmented Reality technology.
Also read: Top 10 Successful SaaS Companies Of All Times

Are you interested in getting a tattoo but unsure where it would look best or what design you want? Ink Hunter allows users to sample pre-made designs or upload their own tattoo design to see what a tattoo would look like on any part of their body.

This app uses your smartphone’s camera to superimpose designs on your body. This is the best way to see what your tattoo will look like before you get it. After all, tattoos are permanent. You want to be sure you like what you see before you decide to go under the needle.
Also read: 10 Types of Developer Jobs: IT Jobs

This isn’t an AR app necessarily, but it has a cool AR feature that we should highlight. Google Translate allows users to take pictures of text which then gets translated in real-time on your screen.

If you’re an intrepid traveler, this AR feature is super helpful, and it is a good example of how powerful AR can be at connecting the world.

Easily read signs, instructions, menus, etc., in a foreign language with the help of the AR feature present in Google Translate. This is a very popular app, and if you’ve never tried out this AR feature, you should test it out now.

Have you ever wondered how that piece of furniture would look in your current floor plan? Amikasa gives you the ability to preview furniture in your home before you go through the hassle of buying, assembling, or moving it in. This app is very similar to Ink Hunter, but it is for furniture.

Use the camera on your iPhone or iPad to view your room with new prospective furniture. You can even change the color and other features of the furniture.

The best part is Amikasa allows you to order furniture directly through the app. When you find the perfect furniture for your space, you won’t have to search for it in a shop or online. Amikasa also gives you the ability to share your rooms with other people so you can get a quick opinion on a piece before you buy.
Also read: Top 10 Largest IT Service Provider Companies in The World

AR technology is getting better all of the time. You’ve likely used AR without even realizing it. As this technology becomes more seamless, it will have the power to transform the world as we know it.

Diego Coronado is the Director of Product Design at Koombea, an app development company that specializes in web and mobile app development and design services. Diego firmly believes UX has the power to help you build amazing mobile apps that users love.

New Opportunities for Businesses to use IoT Technology

In recent years, the Internet of Things (IoT), has seen more popularity in..