by Jean-Cyril Schütterlé — 3 years ago in Blockchain Technology 6 min. read
2763 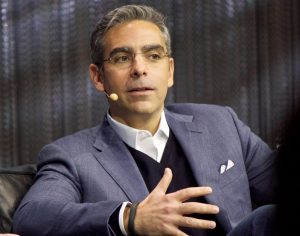 Recently, the UK’s Information Commissioner’s Officer published a joint statement which raises questions about Facebook Libra’s potential use and misuse of personal data and disregard for the privacy of Libra network users.

The letter says, “The involvement of Facebook Inc. as a founding member of the Libra Association has the potential to drive rapid uptake by consumers around the globe, including in countries which may not yet have data protection laws in place. Once the Libra Network goes live, it may instantly become the custodian of millions of people’s personal information. This combination of vast reserves of personal information with financial information and cryptocurrency amplifies our privacy concerns about the Libra Network’s design and data sharing arrangements.”

The letter is signed by data and privacy commissioners from the UK, USA, EU, Australia, Albania, Canada, and Burkina Faso. It ends with six questions for Libra to answer about how data and privacy will be ensured: easy to use privacy controls for users; security by design principles; lawful processing of data; consistency across infrastructure and jurisdictions, and so on.

These are sensible and measured questions. However, their fear is misplaced and only shows public authorities in general are still struggling to find the right angle of attack against the Libra project. Their questions ought to be directed towards Facebook, not Libra.

Indeed, it is not Libra itself which is so objectionable, but rather the monopolistic control of the main user network in which Libra would be deployed. In fact, simple solutions exist to rein in the network effects which make Libra so threatening.

It was expected that Facebook’s offensive in the world of dematerialized transactions via cryptocurrency would show their unmasked ambition to collect information. This time about user payment behavior, to provide advertisers with ever-more specific profiling data. And that the carousel of personal data leakage, committee hearings, amends-making and fines imposing could go on as usual, only on a broader scale.

However, the characteristics of Libra took even the most knowledgeable observers by surprise and upped the ante. For in lieu of another invasion of our privacy, it is now no less that the global financial system stability which is threatened. In the wake of the announcement, G7 even felt obliged to appoint a special committee on the topic.

Simply put, Libra and its Calibra – the Facebook subsidiary that will offer a digital wallet for users to transact in Libra – digital wallet are a new way for Facebook to monetize their social network. By simplifying commercial transactions taking place on it, Mark Zuckerberg hopes to boost advertising spent and, in the longer run, become a key player in retail financial services.

The surprise is that from a free-market and privacy standpoint, Libra’s intentions break away from Facebook usual hegemonic practices. Instead of going it alone, this time they plan to make an alliance with 99 other founding members: leviathans of technology and payment (eBay, Uber, Visa, Mastercard, and PayPal) as well as NGOs who will guarantee Libra’s stability. In fact, Facebook will hold only 1% of the voting rights in the organization which will control Libra’s reserves.

A consensus mechanism will be set up to record each Libra transaction in the blockchain. While the Libra system does not give cryptosphere purists the decentralized system of their dreams, it does considerably reduce the risks of an ill-intentioned block of participants taking control. Moreover, the Libra blockchain protocol is open sourced, allowing any third party to compete with Facebook’s future Calibra Wallet. And last but not least, Libra is not to be a new source of data to enhance the Facebook targeting algorithms used by their advertising customers.

However, the global issues raised by this project are real. With a potential market of 2.4 billion Facebook users and a claimed capacity of 1,700 transactions per second (comparable to that of Visa), the new crypto-currency could dwarf Bitcoin (a ‘few’ millions of active users and 7 transactions a second) and become a major currency with assets worth trillions of dollars in no time. It would then exercise financial and political powers which could prevent any sort of government control while creating systemic risks. Some commentators even jest that all Facebook needs to do at this point is issue passports to become a “digital country”.

The white paper plans to transform Libra into a fully decentralized currency after 5 years – ie not controlled by the sole 100 funding members anymore – could actually be the biggest threat of all: who could the authorities subpoena then ? Just like Bitcoin, the Libra will have become faceless…

No wonder that public authorities in many countries see this as an outright attack on their national sovereignty, one essential attribute of which is issuing currency.

But, a month after the release of the Libra white paper, they are still looking for the right angle to stop the toothpaste from going out of the proverbial tube.

In the light of the design presented by Mr David Marcus, head of Calibra, during his US Senate hearing – cannot in advance be held guilty of the well-known sins of its mother company, in particular its dismal track record protecting its users’ privacy. Contrary to Facebook’s users, the Calibra ones will also be its customers and they will actually be free to walk away to another digital wallet. So the temptation to sell their personal data to third parties should be limited.

As far as financial regulation is concerned, Mr Marcus pledged he would comply with all applicable laws such as anti-money laundering, and claimed that Libra would not launch until it had obtained all the necessary approvals from regulatory bodies. From the public authorities’ point of view, this is obviously a much better situation than with Bitcoin which remains nonetheless legal in most countries.

From the anti-trust angle, it is difficult to see how the diversity of origins of the founding members and the open-source philosophy behind Libra could make them vulnerable. On the contrary, they claim, not without reasons, that Libra is bringing long-awaited innovations to the payment and banking industry that will benefits consumers globally as well as bring financial inclusion to the underbanked people of the world.

So Libra is not in itself a credible target for governments and hides the real issue, the absolute need to regulate social networks.

For Libra would be just another interesting cryptocurrency with limited prospects if Facebook had not been able to onboard a third of all human beings on its closed network.

Just like there’s only one village square, social networks are natural monopolies. By controlling such a monopoly, a single company locks users in and imposes them high costs. In the case of Facebook those costs are not subscription fees but the diversion of their personal data to the benefit of their advertising customers.

This monopoly is even strengthened by the advent of artificial intelligence (AI). In fact, the worth of AI algorithms depends directly on the quantity, diversity and quality of the input data. The market leader constantly attracts more users, thus enriching the data exclusively available for their AI system. In this context, the right to data portability is pointless since there is soon no competitor to transfer your personal data to!

In the real economy, whether we are considering physical transport, energy or telecom infrastructures, there is (in principle) a clear distinction between the network, and those authorized to use it. In no case may any one party gain sole control of the infrastructure for their own use.

Related: Facebook will not Launch Libra Cryptocurrency until the Official Permissions of the USA

Given these issues, a classic antitrust approach cannot work. Breaking up Facebook, as the US once did with Standard Oil or the Bell System, amounts to treating the symptoms and not the causes. The same market conditions would simply produce a new monopoly.

In fact, ways of protecting fair competition in the world of data networks are not different from those in the real economy. Liberalization of the telecom industry in the early 90’s is a good example. A principle of inter-operability was established so that no dominant party could interfere with competition. For instance, today’s UK mobile phone market is split among different operators. Just as a subscriber to one network can call or be called by subscribers from one of the other networks, so I should be able to move freely from one social network to another. Quitting Facebook should not have to mean giving up communication with my Facebook contacts and their personal data (as long as they don’t “unfriend” me of course).

Another example: under the second European Directive on payment services, I can now access my bank accounts from other financial institutions. If we were to apply this principle to the online economy, I would be able to authorize the service providers of my choice to access my personal data, regardless of which organization initially collected this information.

Inter-operability would put an end to the unfettered domination of Facebook and similar companies. It would significantly reduce the number of their users, which would benefit new players on the market. There would be a more level playing field in terms of access to data and companies would compete on the quality of their services to users and AI algorithms instead.

Ironically enough, during his hearing, Mr. Marcus himself stressed as a benefit that the Calibra application will itself be fully interoperable, meaning users will make and receive payments in Libras to and from users of competing for wallet applications. But when asked by Senator Warner from Virginia if Facebook would be willing to apply this same principle to its traditional social network applications, Mr. Marcus smiled and replied: ‘I cannot commit for other parts of the company’.

Redirecting public scrutiny from the woes caused by Facebook centralized social network to the ones a decentralized managed currency could unleash might after all be a clever way for Mr. Zuckerberg to confuse the critics. But Libra is only as strong as the Facebook network is large. If the government want to control the former, they must first deal with the latter.

With over 18 years of B2B SaaS experience under his belt, Jean-Cyril’s role is to design and launch innovative Sidetrade solutions which are simple to use and give clients quick and tangible ROI. Big data and machine learning are at the heart of his innovative approach, delivering continuous improvement in terms of service, predictive indicators, and automation of complex processes. Jean-Cyril regularly authors comment and thought leadership pieces for outlets in the UK and France. He is a graduate of Sciences-Po and HEC.