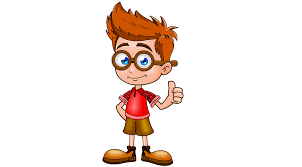 In the digital world full of unethical hackers, we need more hackers. Just for the sake of blocking or defeating malicious hackers, enterprises need ethical hackers, who can think like the bad guys. It is similar to detectives know exactly how to think like criminals. When a team wants to win at a match, they need to be prepared about what to expect from their opponents before the game begins. For this, a penetration testing company needs to be hired to test all the software apps effectively. Pen testers are expert hackers and work just like the mind of an unethical hacker to check the vulnerabilities of the software apps.

This concept is not new in the digital world. Hacking has been used for decades and it depends on how it is perceived. It is generally divided into three – white hat, black hat, and grey hat. White hats are the good guys, black hats are the bad hackers and the grey falls somewhere in between. The grey hats choose a side based on how much they will benefit from it or support them.

Since the malicious hacking persists and the attack expands the internet of things (IoT) is mostly known as the Internet of Everything (IoE). Additionally, it helps in protecting an organization’s digital assets, it is more about making the online world a better and secure place for every business.

So the basics of hacking never change as any security expert will assist the organization with the applications, systems, and networks they want. These systems need to be secure, which is why hackers need to be hired to test them by attacking them. This is generally known as penetration testing. Thus, a group of expert pen testers tries to hack into anything possible. The goal is to identify the vulnerabilities and fix them before unethical hackers can exploit them.

Pen testing is a highly recommended test to do before exposing digital assets to the public. Pen testers are generally recommended that companies using multiple tools during software development life cycle (SDLC), they should do so. Amongst these tools for static and interactive security testing which focuses specifically on finding system vulnerabilities and potential conflicts in the open-source code.

Finally, we conclude that the digital world needs more ethical hackers and techies working for improving business opportunities. Another point to mention here is that when a hacker finds a vulnerability in a part of an organization’s online presence, whether it is application, system, network or supply chain and reports it publicly. Most ethical hackers agree that this requires notifying the organization first and then providing a solution for it. This needs to be done at least a few months before going public with it. Thus, organizations need more pen testers who can hack in the system and then provide all possible solutions for the identified malware.

Ray Parker is a senior marketing consultant with a knack for writing about the latest news in tech, quality assurance, software development and testing. With a decade of experience working in the tech industry, Ray now dabbles out of his New York office.

What are The Most Secure Environments for App Development?

Developing an app is an exciting advancement. It is a great opportunity for..

How to Remove Activation Lock without Previous Owner on iPad...

iPad and iPhone users have had to deal with the frustration of Activation Lock..

Regarding home security, keyless entry is one of the best ways to keep your..

6 Compelling Reasons Why You Should Study Cyber Security

On the top career list, cyber security has become one of the best choices to..

Is Antivirus Still A Necessity?

Somehow, modern-day technology has led us to believe that antivirus software is..

Cloud Security Testing is the process of assessing and mitigating the security..