How Does Artificial Intelligence Enhance The Internet Of Things?
Tuesday, 25 February 2020
Login Register

How Does Artificial Intelligence Enhance The Internet Of Things?

by Kenneth Evans — 5 months ago in Artificial Intelligence 4 min. read
1571

Have you noticed that artificial intelligence is getting more popular among the tech industry? Do you know the reason behind it? The human generation is moving towards the platform of automation. Due to the engaged task of human work, it is important to maintain their other work and their belonging to keep it work for them and maintain a healthy life. In recent times there are many apps have been launched, which was functioned under artificial intelligence, such as the Ada app, Face Id, etc.

These kinds of apps were getting attracted to smartphone users. Each is designed for a particular reason as the Ada app is designed to get your health issues data automatically based you’re the symptoms you have entered. It clearly showed interested in acknowledging your health issue to maintain a proper dimension. There are still many kinds of apps were developed by the top app development companies.

In recent times, the internet of things is also growing faster through industries such as Bosch, app Amazon, Google, etc. This technology is depending on certain factors such as cloud and artificial intelligence. These two major categories, bind up with the internet of things, to relate and operate the application with more involvement and enhance the user with their work. As you all know that artificial intelligence is a mechanism that works under human intelligence. It follows certain algorithms to utilize the data in a pattern. It follows certain subsets such as data science, deep learning, and machine learning. Each feature of artificial intelligence is working towards a prospect of working condition enables the decision to acquire in a patterned manner.

And about cloud technology, most of the data in the future get into the store in the cloud. It saves space and maintenance. The mechanism of the cloud is very simple. It just follows up the network is designed to carry out the data. Thus by combining these two technologies, the internet of things gets larger in its application. The demand will also get increased and the app developer can get more projects in the future due to its popularity. Many applications are going to take action by the internet of things and create a compact and value time for your usage as the mechanism of certain application which deals with the clubbed technology as I mentioned above. I have mentioned some of the clubbed based applications as artificial intelligence with the internet of things, which is getting familiar with society.

Related: – How AI-Enabled Real-Time Optimization Will be the Future in the Upcoming Year

Internet of Things on Industries

Many industries might face employee disagreement, or the performance of there might below. Thus by using artificial technology when clubbing with the internet of things, it can operate at their system. And there are of chances to acquire an accident in the manufacture based industry, due to careless of workers or unknowement and by leading it brings to heavy loss of machines. To avoid this kind of errors also this technology is very useful. Even you can track your employee movement by connecting them with the camera of your company, which captures the behavior of your employee and aligns them into data according to the algorithm it was written and observed.

By using this technique can make your business to avoid loss and also manages to avoid accident and errors. Most industries were thinking to take this step forwarded for the company to enhance their profit in terms of employment and avoiding errors that are considered as major. You can even get to know your employee’s behavior, by tracking their activity with their cellular phones. It can possible with the help of tracking their mobile in terms of following with the technology internet of things. It allows the industry to improve understanding between employees and the business owner.

You might be already aware of using home automation by using the internet of things but when it clubbed with artificial intelligence, it places advance work in terms of managing the time, human effort. Consider your home is controlling a part of lightning and motor, so when you were not in the home and the system gets to work properly then the artificial intelligence allows your automation process to work by their analysis pattern as it programmed. It can avoid the human effort and time. In the future, there might be a chance of increasing the marketing level in means of tracking your activity when your smartphone is connected with the internet of things.

This technology can mark your activity of smartphone as you surfing or browsing some objects in it, it allocates it with data for the company automatically and helps them to analyze your requirement and triggered your requirement with the advertisement. Thus in the future, it can be used also for marketing purposes. And the cloud technology gonna take place through it, thus the demand of developers gets increased enormously.

There are much-advanced technologies that have been updated for agriculture to enhance the farmer for working with ease. The advancement to find the crop health, maintaining the water level, Fermented the land in an appropriate level by using the artificial intelligence can enhance the high rate of success but when it combined with the internet of things, the work gets compact and can operate, maintain the land from a distance too. It decreases the human load to maintaining the land and increases the profit beyond its regular margin.

Creating awareness for the endangered species is important to our society as each organism has its lifecycle in maintaining the planet’s food system. Thus the human responsibility organizes a system to avoid the decrease rate of species and increase them by using clubbing technology. It assures the involvement of the behavior that the species is taking place which will posture the species to help and maintain them for the food chain system.

Still, there is much application is gonna use the clubbing based technology in many ways. It increases the many aspects such as reduce human time and work, increase the demand of developers, etc. I hope the above content might help you to know the importance of artificial intelligence and the internet of things application when it works together in terms of improvisation.

Kenneth Evans is a Content Marketing Strategist for Top App Development Companies, a research platform for top app development companies in USA, UK, India, UAE, Australia and around the world. He has been contributing to various blogging platforms and Forums. 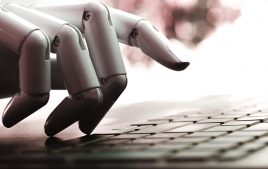 Conversational AI, A Multifaceted System that... 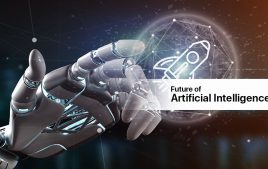 Future of Artificial Intelligence for 2020 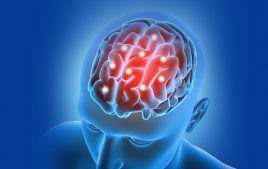