5 Complications Of AI Growth In The Legal Sector

5 Complications of AI Growth in the Legal Sector 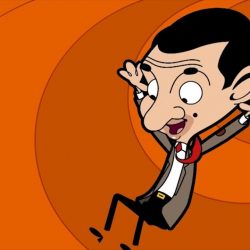 by Paul Matthew — 2 years ago in Artificial Intelligence 3 min. read
2326

In today’s society, we’ve seen major growth in technologies that have influenced our day-to-day lives more than ever before. Would you be able to last a day with your mobile phone having no battery? It’s almost as if we’ve now become dependent on such equipment.

Complications of AI growth in the legal sector

Artificial intelligence has been a major growth in recent years, with its use taken advantage of in several forms of business, products and services. AI technology uses coding to collect information and react to the input to learn about its user. As a result, it can provide a more unique experience for the user.

We’ve seen it used in applications such as Siri in Apple products and in the use of smart cars. Artificial intelligence currently impacts the majority of life aspects. However, in the legal sector the technology doesn’t appear to have been fully explored with plenty of risks that outweigh the benefits.

Here are 5 complications that can be associated with artificial intelligence, pointed out by the biggest team of app developers in the UK.

5 Complications of AI Growth in the Legal Sector

1. AI is growing at a pace that the legal sector can’t keep up with

Shortly after the industrial revolution, the growth of technology in general has been astronomical. It’s developing at a rapid pace, producing new methods and hardware that are new to most. This means, when legal cases arise to do with AI, it’s a new case that will take time to learn. The cases can be unique, which means producing an argument in the court can be difficult.

2. Too many suspects can be involved

In cases of AI technology, there are several parties involved in its development as well as its use. This means trying to find someone liable in accidents can be tough. If a person was to be involved in an accident in a self-driving car, who would be liable for the cause of the crash? Would it be the driver in the car even though the car is ‘self-driving’? Would it be the developer of the technology found inside the car? Are the testing manufacturers the reason this happened? Clarity would be needed.
Also read: Top 10 Best Software Companies in India

3. When the technology is too artificial rather than intelligent

The coding in the technology has a big influence on the actions of AI products. It relies heavily on this to identify elements such as colour and image. This means it has to think more than the standard human, who would be able identify these elements in an instant.

For example, a human would be able to identify grass from a flower. AI requires analysing many aspects of the environment before it can make these clarifications.

Technology developers are constantly making efforts to ensure that they’re able to make it as humanly accurate as possible. This is opening the door for AI robots to take up roles of responsibility in non-human entities.

However, the issue with this is whether robots will have the same punishment as they would with a human. If AI robots were to commit a crime, who would be the liable party? Would the software itself be health responsible?

AI depends heavily on collecting data to help improve its experience and use. This means tracking individual data and keeping tabs on location and preferences. Whilst this is already a controversial topic, there are now further examples of more controversies that are occurring.

In terms of the legal field, they’re now being used to predict future criminals. Can they be used in trial? Should they have this much responsibility? Should they be able to replace the traditional corporate solicitor?

Paul Matthew, Editor, writer, Paul Matthew is an award-winning writer of a feature article, he is working with high profile companies.

How to Know Artificial Intelligence Can Improve Your WordPre...

More businesses are looking for new technologies to integrate with them, like..

For years, Artificial Intelligence has gleaned its aplomb above-than-decent..

Customers are hysterical species and mostly make decisions on emotions..

Artificial intelligence refers to the creation of intelligent machines capable..

Have you heard the buzz? Data is expanding incredibly quickly in the modern..

Are Your Data Quality Enough to Support Machine Learning/AI ...

AI is a priority for governments and businesses worldwide. Poor data quality is..