How AI can Help Blockchain - The Next Tech

How AI can Help Blockchain

by James Efron — 3 years ago in Artificial Intelligence 3 min. read
2560 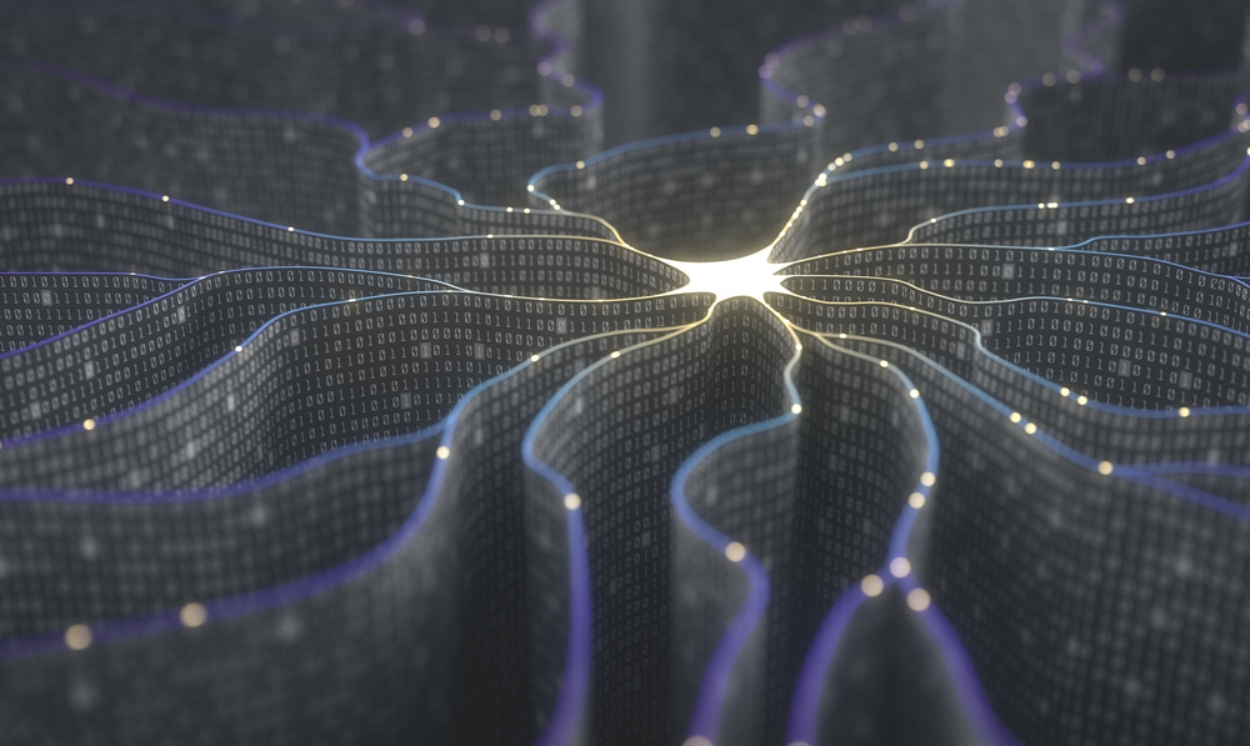 Artificial intelligence (AI) and blockchain technology are converging but there is not much in the news about it. This combination offers tremendous benefits in improving current blockchain platforms. This post examines the intersection of both these technologies and looks at how they can complement each other.

With the rising trend of data, blockchain has emerged as the distributed ledger offering an immutable and secure alternative way for storing data. However, large volumes of data demand more advanced analytics, which makes it natural for AI and Big Data to fortify the blockchain systems.

We are on the verge of the fourth industrial revolution (4IR). And the role of AI and blockchain can play in it can be a game-changer. AI is more prevalent in 4IR’s DNA and has great potential to revolutionize the economic system.

What will happen is that the combination of these two technologies will dictate how 4IR will follow through. Before discussing this synergy let’s discuss some basics.

Related: – Blockchain Connecting to AI: The Next Transformation

What is Artificial Intelligence?

Intelligence is the ability to comprehend information and make rational decisions. There are two main bits of intelligence: individual intelligence and group intelligence.

The term artificial intelligence is self-explanatory, an intelligence that is artificial. Some prime examples include; neural networks, support vector machines and fuzzy logic. These techniques have been successfully used for estimating missing data, modeling interstate conflict, robotics, and economics.

Blockchain is an unalterable digital ledger or open-source platform. It’s also called democratic system of money transfer (distributed ledger). Now, there are talks of blockchain 2.0, which represents the next iteration in blockchain development. This phase is still under development, however, emerging concepts that belong to this category include smart contracts.

A smart contract is a computer protocol to digitally facilitate the performance of a contract. These contracts allow the execution of credible transactions without involving third parties. Smart contracts such as Ethereum run on blockchain.

How AI can Improve Blockchain and Smart Contracts?

Microeconomics seeks to allocate scarce resources to maximize utility for the user and profitability for the producer. What AI does is that it optimizes this equation. Essentially, blockchain is a large-scale distributed system, which AI can optimize.

Scalability can also use AI and blockchain fusion. Scalability has a few hurdles such as latency, bootstrap time, and cost generated per confirmed transactions. These aspects pose a big question mark on blockchain’s scalability.

Each block in the blockchain contains a certain amount of transaction data, and conventional mining is not quick enough. However, modern AI algorithms, such as federated learning, can learn from distributed data sources, which can prove to be a global optimal solution for the blockchain.

By using AI-based systems, we can make the blockchain much more secure (although blockchains themselves are fairly secure it’s just that the hacks are mostly done on the software that hosts the blockchain but that’s a discussion for some other time).

Here are some other ways AI can transform blockchain.

The information held within a blockchain is quite secure. This decentralized ledger is great at storing sensitive and personal data. Blockchain databases hold data that are digitally signed, which means only the “respective private keys” must be kept secure. AI is currently used for compliance, it cal also help secure this data and ensures a more trusted and credible decision making.

After AI algorithms make decisions, they become dysfunctional when the customers find it difficult to understand and trust.

Blockchain records transactions in a decentralized ledger on a point-by-point basis. This makes it easier to accept and trust its decisions. The assumption is that the records are not tampered with. Introducing an AI system to a blockchain would increase its transparency, and the public will trust it more as opposed to static robotic decisions.

Artificial intelligence and blockchain are at the forefront of the digital revolution. Blockchain automates monetary transactions and facilitates the completion of digital contracts (through smart contracts). AI offers intelligence and decision-making for machines. The combination of the two not only improves efficiency but also improves security.

Writer and tech expert, James Efron is the author of various blogs and wrote about many advanced technologies including artificial intelligence, machine learning and big data. He is also expert in writing about Digital transformation of multiple industries.

Why Does Successful AI Require The Right Data Architecture

Artificial Intelligence promises cost savings, a competitive edge, and a..

AI has been one of the most important technologies in recent times. It has..

How to work AI/ML and Edge Computing in IoT

The “edge” is magical. For example, environmental science studies..

4 Reasons How Can AI-Powered Data Automation Is The Future

Manual data classification is too time-consuming and laborious, while also..

In our increasingly digitized world, enterprise software applications can..

Artificial Intelligence is not A Future Issue in Factory Mai...

Undiscovered machine failures can be the most costly. Many manufacturing..