Blockchain And Crypto Cannot Be Ignored For The Next 100 Years! 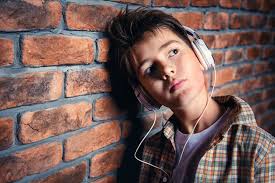 by Robert Kroos — 3 years ago in Blockchain Technology 5 min. read
2561

In the year 2017, cryptocurrencies took the world by storm. The price of Bitcoin will head up around $20,000. The average ICO returned well over 10x. ICO funding surpassed traditional VC funding. Blockchain and Crypto technology emerged as the new buzzword of choice by investors.

This technology is expected to uprise and influence every single sector of the industry. Healthcare, Banking & Finance are the initial industrial verticals that have reaped profits till the date. With these positive effects, most of the investors find this to be the right time to invest in blockchain.

So, what to expect for the future? Why Blockchain & Crypto’s will be the future across all the industries? This blog is intended to answer all the queries and provide you with a clear perception.

Why Blockchain and Crypto will be dominating the future?

The potential of blockchain and crypto world stretches far beyond, with its decentralized nature. It is intended to eliminate fraudulent activities, automate manual processes, and reduce the issues of scalability. The power of Blockchain can enable humans to redefine legacy architectures and bring in instant transactions.

Here are the major reasons why Blockchain & cryptocurrencies are going to be crucial in the future industry:

By the year 2030, most governments around the world will start creating and adopting virtual currencies. Most of the countries which haven’t made cryptocurrencies to be legal are also expected to legalize them in the future.

Compared to traditional fiat currencies, cryptos are considered to be more effective with a dozen of benefits. Some of them include:

To put it in short words, government-based cryptocurrencies will become an area of experimentation. However, due to the lack of expertise, these governments would turn to external consultancies and start adopting Blockchain Technology.

This can, in turn, reduce hacks and scam activities by bringing in privacy controls, interoperability, and toolset maturity. If in case the governments fail to create cryptocurrencies, they would move towards Stablecoins as the virtual currency.

As the social media giants like Facebook, WhatsApp has already started implementing Blockchain Technology to help its users to send money. They can make use of money to put bread, butter, jam for every single day.

In addition to them, JPMorgan Chase is creating a coin named JPM Coin with its own blockchain. Being the largest U.S. bank, they have a plethora of users who want to transfer money. But with Blockchain Technology, everything is made simple.

Moreover, other than this, by implementing Blockchain Technology, major issues like Food poisoning can be figured out. Food traceability Blockchain and Crypto solutions will allow a food manufacturer to guarantee food authenticity. A Blockchain solution can be used to track food products right from its source through the supply chain.

Just consider a case where a farmer starts developing a new blockchain once they harvest their crops. Information such as time, date, location, etc will be recorded in the database. Once done they are transported to the company, details such as time of collection, transportation, and the details of the driver will also be recorded.

In this way, it becomes easily traceable to the customers. Popular food industry giants Nestle, Unilever, and Walmart are all the affected food products in a matter of minutes.

A report from Forbes states that the collectibles industry is over $200 billion and the blockchain will unlock it. One of the major companies Funko has profited more than $600 million for the year 2018 with Blockchain technology.

Moreover, thousands of people everyday purchase collectibles from the industry. Some of these things are outrageously expensive were comic books made a profit of around $2-3 million.

Just consider, if you don’t have anything but with a collectible implemented with Blockchain technology can bring in benefits. This also opens the door for hobbyists who are involved with a rare piece of digital art, action figures, and other collectibles.

By the year 2030, most of the world’s trading activity will be conducted adopting Blockchain technology. As Healthcare, Finance, Banking are the prioritized industries, supply chain ranks next with Blockchain.

Some of the real-world problems on Supply chain include:

These problems can be easily addressed by the Blockchain and thereby enhancing the industry. It provides functional scope, flexibility, performance, efficiency to the sector. We can expect the whole trade to be on Blockchain.

As most of the people have started to trade cryptocurrencies already, investors who have an idea for cryptocurrency exchange development can experience a good amount of profits in the upcoming years!
Also read: Top 9 WordPress Lead Generation Plugins in 2021

How Blockchain and Crypto can make this happen?

Blockchain and crypto technology is set to transform every industry without any doubts. It is believed that around 84% of executives will reach the mainstream eventually. In addition to this, spending on the blockchain has raised around $1.5 billion for the year 2018.

So what could be the actual reason? How Blockchain can bring in these benefits? What is so unique with this technology?

Here are the major reasons:

With Blockchain and Crypto Technology, all the transactions are visible to everyone. In addition to this, it also eliminates the need for middlemen like banks, third parties, or other central authorities. This not only makes the transaction secure but also makes it instantly.

This is one of the positive attributes of why people make use of blockchain. The complete transparencies in the network make it one of the most likable technologies among others. This ledger gets shared among all the users in the network. Therefore, every participant in the ledger can see every transaction happening here.

Blockchain and Crypto technology are considered to be more secure than traditional methods. The nature of the public ledger is that all the data in the blockchain are encrypted such that no party has the power to manipulate any information.

If you look at the Gaming industry, there are no such safe environments to perform transactions. As a result of this, consumers are relying on fraudulent forums in this case. One of the popular Blockchain startups, Gameflip has launched its ICO in 2017.

It has made to scale peer-to-peer level buying, selling, and trading of digital goods in the video gaming industry. Moreover, they provided a secure and standardized token ecosystem for gamers to conduct transactions, which is empowered by Blockchain.

The major motto of Blockchain and crypto technology is to reduce and eliminate online scams. They readily have solutions for the query, “How to prevent payment scams online?”. The buyers and sellers involved in the transactions will make use of smart contracts to perform buy and sell orders.

Since everything is accounted for and kept under the track, it is difficult for corruption. Another reason is the technology is protected because if a transaction occurs between two parties it individually requires a signature that can prevent scams.

Without a doubt, Blockchain and Crypto are going to remain as a sparkling technology which brings in a horizon of new possibilities. One can approach the Blockchain Technology Development Companies which provides top-notch Blockchain development services. As the famous cryptos like Bitcoin, Ethereum, are uprising every day we can expect a good number of traders and investors to enter the world! I hope the regulations turn green in every single country for hassle-free transactions!

Hey, this is Robert Kroos, Crypto Enthusiast and Writer. I love to share my ideas on Cryptocurrency & Blockchain and educate people with simple and rich content. You can find me listening to music when I'm doing nothing.