The Transformative Power Of Blockchain Technology In Social Media

The Transformative Power of Blockchain Technology in Social Media 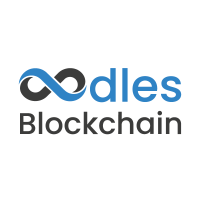 by Blockchainoodles — 3 years ago in Blockchain Technology 4 min. read
2546

Social media has become an indispensable part of daily lives for the majority of individuals across the world. According to a report published by Statista, 81% of the US population had a social media account in 2017. The same report also states that the monthly global user base of social media is expected to reach 3.02 billion by 2021.

Several challenges on social media are lack of privacy, data protection, and ownership of information. Anyone can set up an account and start posting random pictures that might not be appropriate to a majority of audiences. Despite numerous efforts of social media platforms like Facebook to banish fake news articles, people are using fake accounts.

Blockchain technology, for instance, can stop fake news from ever getting out there in the first place as it follows a strict verification process. It can automatically check identities, verify the shared information, and scan the data collected from any social media platform.

What is Blockchain Technology?

Generally, Blockchain is associated with Bitcoin and other cryptocurrencies. It is a database that is authenticated by a wider community, rather than a middle authority.  Rather than relying on a single entity, it’s a collection of records that a crowd oversees and maintains. Blockchain is a technology that allows digital information to be distributed rather than copied. Originally, it was a mechanism for tracking digital currency, bitcoin. Although, it has a variety of applications in government database, banking, and most recently, the launch of Steemit which is a social media platform using Steem blockchain to reward both its curators and publishers.

Built on top of the blockchain technology, these are decentralized platforms that enable the development of applications and smart contracts.

For every interaction, these decentralized social media platforms use the underlying Blockchain and Distributed Ledger Technology (DLT). They also have features like native currency, used for in-platform transactions, rewarding users, and crowdfunding.

Information Verification: Recently, Facebook dealt with issues related to fake accounts, spreading rumors through fake news and articles. A Blockchain distributed ledger system can prevent such issues, by verifying identities, data, and information. Oxcert protocol, for example, provides a framework for developers to create decentralized apps. It enables them to authenticate and manage digital or real-world assets on blockchain. All social media platforms can deploy this technology through blockchain development services or creating a distributed ledger environment.

User Control Mechanisms: For instance, Facebook constitutes a huge amount of data. If its users don’t get control over their data, it can reach third parties. A behavioral profile of the user is created by their posts, likes, or shares on social media. Because of this, users receive news and ads according to their preferences. Such informational pieces allow third parties to manipulate a user. Nowadays, hacking personal information and selling it to other parties are the issues that the social media sector is facing.

Using Blockchain application development services, social media platforms can allow users to gain control of their data. Users can decide who sees their information and how much. The platforms would require permission to access the data, which will keep users’ information secure. Moreover, the technology will grant users access to charging a fee for their information when sharing with advertisers. As such, users can choose genuine people to get access to the correct data on social media.

Crowdfunding: Crowdfunding is one of the ways through which many small businesses can raise funds. There are crowdfunding platforms that serve as third parties that connect startups and investors. They hold all the funds in escrow accounts until they are ready to be released.

Although crowdfunding has been helpful, it is still centralized and flawed. The crowdfunding platforms are surrounded by everything, overseeing the transactions and charging fees for themselves. However, blockchain crowdfunding decentralizes this model. Using blockchain crowdfunding, startups can seek funding directly from a community of people by posting their crowdfunding projects on social media. They can create their own cryptocurrency tokens that are very much like traditional shares in a stock market. The investors involved in Blockchain technology can, therefore, make money if their crypto-equity value goes up. Moreover, the cryptocurrency tokens are safely accounted for in the blockchain where they can’t be lost, hacked or forged.

Content Control: In June 2014, it was revealed that Facebook had intentionally manipulated more than 689,000 users’ news feeds to elicit an emotional response. Actually, a social network somehow gained insight into how emotional responses can be spread throughout social media. They adjusted the number of positive and negative news that appeared in the feeds of more than 1.5 million randomly selected users.

Leading firms are working towards establishing decentralized means for hosting social interactions on the blockchain. Using such techniques can stop platforms where a single host has complete authority to dictate the type of content.

Freedom of Expression and Privacy: Every private message, including interaction on centralized social media, is accessible to moderators. Among several other things, this poses a severe threat to the users’ privacy. Also, for political gains, the content posted on social media is being used increasingly. It is certainly, a major deterrent to the democratic ideals of freedom of speech and expression.

The popularity of social media is growing rapidly because of its increasing marketing and entertainment experiences. However, there are rising concerns over the data and privacy breaches generally associated with social media platforms. A Blockchain-based social media platform, with its distributed and decentralized networks, offers an effective solution to such issues. Additionally, it enables users to gain greater control over their data.

The Liaising between Bitcoin and Inflation

Some speculate that bitcoin has been used by some investors to shield their..

How To Spend Crypto Through A Crypto Debit Card

Crypto debit cards are relatively new in the market. Thus starters might find..

What is Data Mesh Architecture and is it Suited to Your Orga...

Do you like the idea of a decentralized, technologically-agnostic system? Data..

The Ultimate Guide to Bitcoin 2022

To date, well over $1.7 trillion has been traded in the cryptocurrency market...

Why Cryptocurrency Will Continue To Be Purchased By People

These are the reasons people will continue to buy and keep their cryptocurrency..

From Bots To Trackers: How Technology Is Revolutionizing Ret...

Technology has always been at the center of investing. Since the inception of..