Should You Take A Decision From The Heart For Your Business’ Improvement?

Should you take a Decision from the Heart for Your Business’ Improvement? 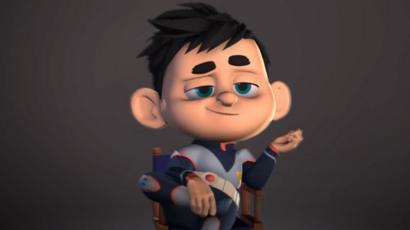 Wanting to be successful is something all of us desire in our lives. However, getting success and love together as a combination is what we should strive for.

We see a lot of people who are incredibly successful in their professions, yet they are not liked by many. People do not prefer their company, even for a few minutes.

I am not by any means saying that people’s opinion of you should dictate how you live your life. But hurting others and being inconsiderate towards them and their feelings can be regarded as an honourable character trait to have.

If you look at the Royal Family, all the members are incredibly successful, and the primary reason for their success is the love and devotion the British population has for them. If we, Britons, did not love them, they would not be as celebrated as they are today.

So, yes, people’s opinion of you, of your work and your attitude towards those beneath you is an integral part of you achieving your success.

The word empathy comes to my mind when I think about people who would forever hold a special place in our hearts.

People like Mahatma Gandhi, Annie Besant and Mother Teresa would always be considered to possess a success on a few levels higher than say, Steve Jobs or Mark Zuckerberg. I am sure I do not have to tell you why.

Now I will tell you a bitter truth, a truth that is kind of hard to digest. People, today, do not possess empathy and honour towards others. They are more self-centred and only wish for their gains without a moment’s thought given to the person standing with them.

It is the harsh reality of the present world, and I was also one of them. However, I managed to change that.

Here is my story that might just let you realise how vital other’s opinion towards us can be.
Also read: Top 10 IT Skills in Demand for 2021

I own a software company. I started it almost two years ago, and it had to become successful at any cost. I had taken a 5000-pound loan from Huge Loan Lender to kick start my venture. For someone like me, who belonged to a lower-middle-class family, the 5 grand was a humongous debt, and I could not afford to let it drown.

So, I developed a no-nonsense attitude.

I worked 16-hour days and did not take a break even on the weekends. I also expected the same from my employees. People who could not give me that level of dedication were asked to leave.

I did not entertain unexpected and unnecessary leaves. What if you have a fever, until your body temperature has not reached 104°, you can work. In all my 30-years of life, I have never once taken sick leave. So, I expected the same from my employees.

I worked them hard as I worked.

There was no room for error. A minor mistake in the coding of a webpage can make the entire website look lacklustre, and that would be unacceptable.

My company was named Immaculate Solutions and if we could not provide immaculate result store with our clients, we would be considered imposters, fake and frankly, detestable.

And I did not want that to happen, so, I ran a tight ship in my office, and no one could dare tell me I was wrong.

We had made immense progress in just the two years we had been operational. I knew that it was the efforts of my team more than my own that made that success we endured possibly.

I think I told them that, maybe they might not have understood my feelings, but I did tell them now and again.

I was sure they did not understand my gesture when I overheard a conversation between my assistant and a programmer.

I knew that my team considered me to be the equivalent of a warlord.

I was not friendly with them ever; I did not feel that to be appropriate,

I did not say well done every time they did something perfect,

and I indeed let them know that there was no space for mediocrity in my company.

But I did give all of them a raise, whenever we achieved a target and I think that is appreciation enough, right?

Wrong, I was entirely wrong.

The conversation I heard was nothing short of them putting me in my place. I got to know what they actually thought of me, the unfiltered version. I would not write the actual conversation, but they did say that, if given the opportunity, they would happily go and work somewhere else.

If I am being honest, listening to that conversation changed me, and it hurt to hear what people thought about me.

And the sad part is I knew they were not wrong. Every word they said suited me and the way I operated. And because they were honest, I could not blame them.

That conversation made me realise something, something that I should have realised a long time ago.
Also read: Top 9 WordPress Lead Generation Plugins in 2021

Changed by an Epiphany

The conversation that I had heard kept playing in my mind on a loop for days after that until I had finally had enough.

I realised that I could never stop people from saying what they honestly thought needed to be said, but I could make the truth hurt a little less.

So, I took the by-laws of the company and started amending them.

At three in the morning, this was as much as I could think of, although I was sure my staff would appreciate all four of these changes in their contracts.

I knew that it was not practical; this was a decision that I had purely taken from my heart. Instead of feeling a loss, I felt empowered from it. And I knew my employees would feel the same way.

My name is John Thomson, live in Uk, I am working as a chief executive at Big loan lender.

From Paper To Paperless: 7 Steps To Digitizing Your Business

Wednesday morning. On your desk – a slew of unsigned contracts, invoices, and..