Why are Aerospace Companies Planning to Launch Small Rockets?

Earlier, aerospace companies were mostly backed by governments and billionaires. As company founders were also the investors, these enterprises did not need to collect money from other sources. But in recent years, we see more and more rocket company stocks in the stock market. Some of the best examples of successful rockets are Skylark Micro rocket, SpaceX Falcon9, Blue Origin’s New Shepard, and Rocket Lab’s Electron.

Besides, CubeSats and small satellites are in great demand today. Small satellites do not require heavyweight carriers to launch them into required orbits, and small, lightweight ones are more than enough. When we are talking about small carriers, we mean 40-50 feet high spacecraft.

Space exploration has fascinated humans for centuries. The first-ever space race was driven by two nations only — USA and USSR. Their primary incentive was to consolidate state authority in the global arena and boost their influence.

But this is not the 1960s. Today’s space race is not triggered by any nation. Modern space race players are mostly private companies.

Earlier, satellites orbiting around the Earth were very big. Their average weight was around 500-pound to 1-ton. This is why they required heavy vehicles to take them to space.

But today, satellites’ size and weight have shirked. There is no good reason to continue using bigger launchers while deploying small satellites. Why would satellite developers be willing to pay higher fees when modern space rockets launch is valued by weight?

And this is where small carriers come into play. These spacecraft can take multiple satellites into space simultaneously, thus cutting down the overall cost by a hundred times.

Some companies that are already developing small launch rockets are Virgin Galactic, ISAR Aerospace, and Skyrora, with many new startups entering the new space race. 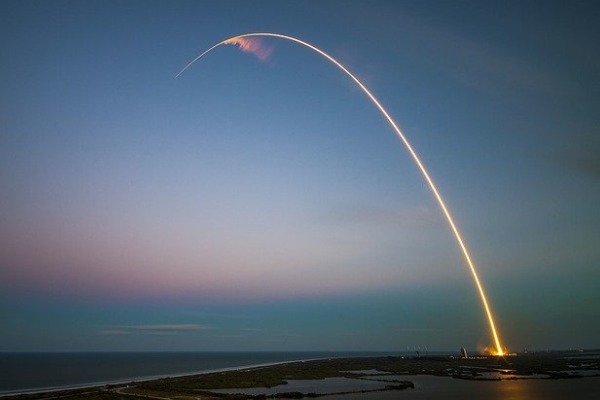 A common question we all have is what purpose do these small launch rockets fulfill? To answer this question, let us look at how SpaceX, a top rocket company that aims to send a man on Mars, is making the most out of small launch vehicles.

Along with building reusable spacecraft, SpaceX has one more project underway, and that is providing fast broadband internet to underdeveloped countries at a lower cost.

This project, titled Starlink, has already started offering its services to customers. They aim to provide high-speed, low latency broadband internet to users.

Many people, both domestically, and internationally have started signing up for Starlink. At present, their data speeds can vary from 50Mb/s to 150Mb/s.

Recently, a Maine-based company BluShift successfully launched a small prototype rocket named Stardust 1.0. It has a height of only 20 feet, but it can carry 17 pounds of payload with it.

Then we have Rocket Lab, a New Zealand-based company. This company has been trying to cut down launch costs by half. Their rockets can now launch satellites to Earth’s orbit at 90% less cost than SpaceX. As far as size is concerned, their rockets feature a two-stage booster which requires 80% less space than SpaceX Falcon 9.

Another company working on manufacturing small launch rockets is Skyrora. One of their signature rockets is the Skylark L, which was intended to help universities and research companies send their satellites into space. This rocket can also be used for micro gravitational experiments at a lower cost. Standing at only 35 feet tall, this small launch rocket can carry a 50 kg payload with it.
Also read: Top 6 Tips to Stay Focused on Your Financial Goals

Why do we need small launch rockets?

Along with cutting down the cost of launching rockets into space, small launch rockets solve another big problem: backlogs.

A few years ago, only a limited number of companies manufactured small launch rockets, but demand was still high. This forced companies to sit on the launch providers’ waiting list. The policy was to serve the ones that arrived first and completed the payment.

But some companies cannot afford to wait such long times. For instance, if a company collects broadcasts from TV networks, being unable to launch a satellite into orbit means losing millions of dollars in revenue.

According to different estimates, as more and more small launch rockets are being manufactured, which could cut down the launch wait time from 12-24 months to only 4-6 months.

But what benefit do the households get from more and more small rocket launches? What is in it for you?

First of all, the small launch rockets have made it easier for us to launch more small satellites into space. This means satellites can now capture images of Earth more frequently and with increased accuracy. Companies working in the defense, medical, and weather forecast sectors can benefit from the data collected by these small launch rockets, and so can the people relying on their services.

This post is written by one of our guest contributors. They are tech lover and sharing their thoughts on tech innovation with readers around the world. Their passion for content, SEO optimization, and writing developed following every personal blog's growth, and inspired there to pursue a career in content.