Everything You Need To Know About Search Engine Scraping

Everything You Need to Know about Search Engine Scraping 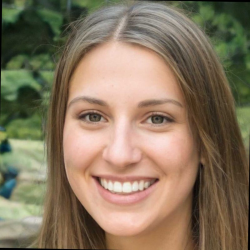 Search engines are at the center of the online world, taking up a massive proportion of all the global internet traffic every day. Google alone is ranked the most-visited site on the web by a long way, serving billions of results pages to people across the globe each minute.

With so much happening within search engines, it comes as no surprise that marketers have been trying to get their hands on their vast datasets for decades. One common method to get in on the action is by scraping information directly from the search engine.

In this short overview below, we will explain some of the most common Google scraping use cases, as well as some of the challenges search engine scrapers have to overcome. We’ll also shortly touch upon the question of whether scraping Google is legal or not. Let’s dive in!

What is web scraping?

Web scraping, also called data harvesting or mining, is the automated process of extracting information (data) from a web page. Instead of manually having to visit a web page and downloading the data on the page, a robot (a web crawler) does all the work.

One special subdivision of this practice is search engine scraping, which is, as the name suggests, specifically aimed at scraping data from search engines.

Note that since Google is by far the largest search engine there is, with an incomparable 86.6% market share, we will simply focus on Google scraping in this post.
Also read: Top 10 Programming Languages for Kids to learn

Most common Google scraping use cases

Below, we’ve divided the most common Google scraping use cases based on the area of Google that is being scraped. That’s because, despite some overlap in use cases, every section has its own benefits for search scraping purposes.

The main section is, of course, Google Search, which is the standard search engine where a user types in their search query.

One of the most common use cases of scraping Google Search is to inform decisions within the marketing discipline of search engine optimization (SEO). Since there is no free Google search API, people have to use search scrapers instead.

This practice is aimed at getting a website to rank on the first page of Google for certain keywords, thus attracting visitors to the website to drive traffic, sales, and revenue.

Scraping Google Search allows the user to gather data on page rankings and keywords, as well as the competitive landscape, allowing the marketer to determine the next steps to optimize the page for better organic performance.

This technique also allows the scraping of pay-per-click (PPC) biddings of competitors for certain keywords, thus gaining insights into what the competition is investing money in.
Also read: What Is Gaming In Metaverse? 7 Best Metaverse Games To Try (#1 is played by millions of YouTubers)

Another commonly scraped section is Google Shopping. As Google’s main marketplace, this part of the search engine holds particularly valuable information for business owners selling products on Google Shopping themselves.

A first common use case is to gather pricing intelligence information. By scraping the results for a certain type of product, one can automatically gather pricing data for hundreds of products. This is a great way to analyze competitor pricing and to inform one’s own pricing accordingly.

Aside from pricing information, a Google Shopping scraper can gather competitor product descriptions, the images they’ve used, and much more useful information.

An additional popular use case is to detect fraudsters selling counterfeit products on Google Shopping.

Google News aggregates news articles from thousands of news outlets across the web. By scraping Google News, the scraper can get their hands on a wealth of aggregated news data. This, in turn, can be used to build and populate one’s own news aggregator website.

A final common section to scrape is Google Images. This section is particularly popular with scrapers trying to detect counterfeit products or copyrighted materials (especially designs).

Just like with most of the other search engine sections, scraping Google Images can be used for competitor analysis as well.

Although common, Google scraping does come with a host of challenges. That’s because Google does not allow the sending of automated queries (e.g., robot traffic). To prevent bots from scraping the search engine, Google has put multiple barriers and traps in place.

Some of the most common challenges for scrapers include:

And these are just a few of the best-known Google scraping challenges to overcome. If you don’t want to deal with all those issues, it’s highly recommended to use a third-party SERP API service. For instance, SERPMaster delivers data from Google search result pages with a 100% success rate. As a customer, you only have to select parameters (e.g., location, device, etc.) and submit a request – the API will provide data in structured JSON format.
Also read: Top 6 Tips to Stay Focused on Your Financial Goals

Since Google blocks scrapers, does that mean that scraping Google is illegal?

Well, T, Google can file a lawsuit against you for scraping. After all, it goes against their Terms of Service, and you are thus using their website in an unlawful manner.

But that said, there have not been any known cases of Google actually pursuing legal action against anyone. So, although technically illegal, in reality, the worst thing that could happen is Google blacklisting your IP address.

Amanda Baron has been working as a professional copywriter since 2017. Before embarking on her exciting career at SERP Master, she worked as a freelance journalist for several online media platforms. Amanda's extensive digital copywriting experience and working with SEO helps her transform any tech topic into a fine article. When not writing or proofreading, she manages social media accounts for local businesses.