Xamarin Vs Ionic: Which One To Choose In 2021

Xamarin vs Ionic: Which One to Choose in 2021 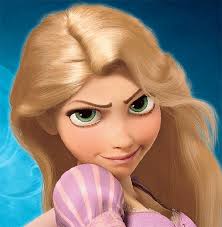 One of the modern day’s essentials is having a phone. Most people have a phone, not only because it helps you connect with people across the globe but also because it’s now a tool to work. Think of influencers who made their career by having their phone around and taking pictures. Or business people who have their digital agenda on their phones.

There are over 3.2 billion smartphone users, who 88% of their time is spent on apps. In terms of money, the mobile app industry is expected to generate $935 billion in revenue by 2023. Yes, it’s a lot of money!

This is why mobile apps are a must for businesses because if everyone is connected to their cellphones most of the time, there are more chances for companies to be known and recognized. It’s one of the best ways to give users a more personal experience and grow your digital awareness.

However, it’s not enough to say, ‘Okay, let’s do this; let’s create an app’ because building and maintaining an app is not like opening a can of beer. It requires knowledge, skills, and dedication. Fortunately, developers exist to save the day and build outstanding applications.

Now, developers also face several decisions at the time of building apps. They need the right tools and frameworks that help them achieve their client’s vision. Two of the most powerful frameworks for mobile apps are Xamarin and Ionic, but which one of these truly wins the battle? Let’s analyze both and find out which one is the best for building apps in 2021.

Xamarin is an open-source framework that specializes in building cross-platform mobile applications. This means that developers who use this framework can create apps that work on Android and iOS (or vice versa). It was founded in 2011 but purchased by Microsoft in 2016.

One of the highlights that Xamarin offers is that it operates in a single language, C#, which works on three mobile platforms: Android, iOS, and Windows. A Xamarin developer can build mobile apps that look and feel entirely native.

Regarding its popularity, Xamarin is one of the most popular frameworks around the world. It has over 1.6 million developers across 120 countries that use it to build mobile app applications. However, is Xamarin worth it? Let’s analyze the pros of cons of using this platform.

There is a common debate among developers regarding building cross-platform apps or choosing either iOS, Android, or Windows. The main reason for just choosing one system is that applications created with cross-platform tools tend to have errors and aren’t published with an intuitive interface.

The great thing about Xamarin is that developers can create applications that give the end-user the expected design and behavior as if it were native user interfaces. Developers can build solutions that are interpreted at runtime, making Android/iOS/Windows applications excellent despite their entirely different systems.

Another of Xamarin’s highlights is that despite being a platform that enables cross-platform applications, it’s not complicated to use. When building mobile applications, a Xamarin developer will only need to use C#, .Net, and Microsoft Visual Studio.

This makes it convenient and helps developers save time because they’ll use only one language instead of two or more despite creating apps for different operating systems.

However, despite it being a simple and complete ecosystem, you need to make sure that a developer does manage C# proficiently. One of the best Xamarin interview questions to ask developers is related to this specific programming language that is fundamental for them to know perfectly.

With Xamarin.Forms developers have a significant advantage – for those who haven’t heard about it before, in summary, Xamarin.Forms is a cross-platform toolkit with great features for developers who want to create UI layouts shared across multiple platforms. In other words, it enables a programmer to build iOS, Android, and Windows apps from a single shared codebase.

The fact that Xamarin apps are developed with shared code makes it easier and more efficient to maintain. When a developer needs to update the applications and fix an error, they do it in the source code, and all the changes are automatically applied to other solutions. As a result, it saves time, money, and energy.

Although the Xamarin community is not as big as others’, they still provide an extensive customer support system to help a developer solve questions or issues they might be facing with the platform.

Not Suited for Heavy Graphics

Xamarin is not the best option for building an app with advanced visualization or impressive graphics. For example, if you want to create a gaming app with complex graphics, Xamarin is not your framework. It still lacks APIs that expand the capacity when it comes to heavy graphics.

However, the good news is that because it’s open-source, there’s always the possibility of creating a new plugin to solve this issue.

If a developer creates an app for Android and iOS, one of the challenges they might face is when these systems make updates. When updates of these operating systems are released, Xamarin developers can’t use them right away. They need to integrate the new features in the ecosystem, causing a delay that might affect how users feel about the application.

Not all Xamarin apps, by definition, will be large. This depends specifically on the type of app a developer build. But overall, Xamarin apps add about 5 MB for releases and 20 for debug builds, making them larger than native apps.

One of the main disadvantages that Xamarin has is its price. Xamarin itself is free and open-source as part of the .NET platform. However, for commercial development, using Microsoft Visual Studio comes with its own license that’s not cheap.

Medium to big sized companies can spend up to $1,199 for the annual Professional subscription or even $5,999 for the Enterprise license.
Also read: How To Stream 👀 On Twitch? 5 Min. Getting Started Guide For Streamers, Gamers, and Fans!

Ionic is an open-source software development kit used for building mobile applications using web technologies such as HTML, CSS, and JavaScript. Drifty Co. created it in 2013, and nowadays, it has powered more than 5 million apps.

The original version (2013) was built on top of AngularJS and Apache Cordova. However, its latest release was re-built as a Web Components set, allowing the user to choose any user interface framework (Angular, React, or Vue).

Let’s review what its pros and cons are:

One of Ionics’s highlights is that it allows building mobile applications without them needing to be native developers. Anyone who knows about the technologies that Ionic uses, such as HTML5, CSS, and JavaScript, can use the framework and create a fully functional application. The benefits of creating a single codebase for all the platforms helps you:

It’s not news that JavaScript is taking over the world. Anyone who wants to start building applications or websites has to master this programming language. Having Ionic as the first choice to build and manage your mobile app will ensure that you will have plenty of developers to work with (if it’s the case) because the languages it uses, mainly JavaScript, are languages that most developers are deeply related to.

In general terms, Ionic is one of the frameworks to be considered easy-to-learn. Frontend developers can understand the basics or choose between various web frameworks that Ionic supports.

Extensive Set of Plugins and Tools

Ionic is also widely used because of its extensive suite of tools and plugins. Ionic’s team is continually perfecting and releasing new APIs that work across platforms.

When developers work with Ionic, they get a library full of plugins, components, common app icons, etc. The plugins can also connect to a user’s native phone APIs like Bluetooth, GPS, and their camera without building custom integrations.

However, it’s good to have in mind that not all plugins are free; some of them are available as a part of the Enterprise version of Ionic, which has an additional cost.

It has an Extensive and Helpful Community

Besides being a framework that helps developers create efficient mobile applications, one of Ionic perks is its community. As it is an open-source platform, the developer community keeps continually helping each other, sharing ideas, creating plugins and new tools to make the framework work better.

Also, Ionic has extensive documentation for any kinds of doubts a developer might have.
Also read: Best CRM software for 2021

Its System is Based on Plugins

Ionic is not capable of implementing native plugins without transforming them into JavaScript. This means that developers can go fully web, but using native code is impossible. To build an application with Ionic, they need to use plugins to access native functionality.

However, with many ready-made plugins, it is easy to find a package for the exact needs. The downside is that if they can’t find the plugin they need, they will need to create it by themselves.

Writing an app using HTML, CSS, and JavaScript means writing a lot of code, with different libraries, plugins, dependencies, etc., making an Ionic app to be heavier than if it were a native app.

However, this only applies to Ionic version 3 apps, but in version 4, it was almost solved. Ionic CLI contains code uglification, which minimizes code reducing its size.

When developers create hybrid applications, security is a common issue and one to be very conscious of. When developing an Ionic mobile application, it’s important to make sure that to provide the best security for both web and mobile applications. Version 3 of Ionic was more propense to have security problems. But Ionic CLI version provides built-in code uglification that consists of a technique to make it difficult for hackers to read code.

It’s not the best option for all applications

Some applications, depending on their function, are better to build them natively. For instance, if you have the purpose of creating a video game app or an app that requires heavy graphics, the Ionic is not the framework for you.

Ionic mobile development is recommended for business-like apps but not for gaming apps that require a high definition of graphics.

Which Framework to Use?

Both frameworks are great when it comes to building mobile applications. However, deciding which of them is the best mainly depends on what type of app you want to develop.

At a simple glance, we can conclude that for complex business apps, Xamarin tends to be the best option because it uses C#, which enables the code and business logic to be shared between the client and server. For a small app that requires simple customization and native appearance, Ionic is a great option.

However, to make the right decision between using either Xamarin or Ionic, it’s crucial to consider each framework’s main characteristics, pros, cons, and the main differences between them, knowing exactly what type of application you want to build.

Gabriela Molina is the writer and editor of the DistantJob blog. As a former freelancer, she has covered a wide range of topics throughout her career. She is currently specializing in the areas of technology, leadership, and remote work.