10 Countries With The Fastest Internet In The World

Top 10: Fastest Internet In The World (Broadband and Mobile) 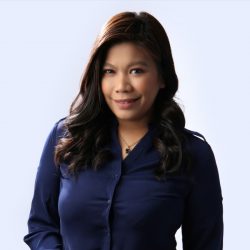 Does your country count on the list of top 10 countries with the fastest internet connections?

Do you believe your fixed broadband internet connection or mobile internet is the fastest internet in the world?

Hmmm! It is tough to say.

Even if you live in a city where internet providers have invested a truckload of money towards new internet infrastructure, you might be surprised to learn that the United States is only ranked fourteenth with average internet speeds as fast as 225.51 Mbps.

The ranking of top 10 countries are pulled from reliable sources like Statista.com and Ookla speed test documents.

Top 10 Countries With The Fastest Internet

Countries with the fastest average fixed broadband internet speeds as of October 2021. Data and facts obtained from Statista.com

Countries with the fastest average mobile internet speeds as of June 2022. Data and facts obtained from Speedtest Global Index.

Well, there are many countries where internet speed is just a bad thing in experience.

People are waiting for days to download a movie or simple files.

See the list of top ten slowest internet in the world.

The data and figures are obtained from Speedtest Global Index.

These statistics are averages and understate how many live in unserved communities in rural and remote areas.

At these average internet speeds, residents of these countries cannot do much beyond web surfing, checking email and reading the news with their internet connections.

We need fast internet and the faster our internet is the better so we can not only work and pay our bills, but do fun things too like play video games and stream our favorite movies.

Surprisingly to some, the United States barely squeaks in at tenth fastest average internet speeds in the world. Charter Spectrum is one of the fastest internet providers in the USA.

Thanks for checking out the top 10 fastest internet in the world checklist.

Jenna Gabat is a passionate tech-savvy mama blogger from annelledigital.com and planetdish.com. She loves writing about SEO, Marketing, technology, gadgets, and reaction blogs for movies. She is an avid traveler and a fan of different cultures and beliefs, immersing in various rural regions to contribute a voice to the oppressed by means of raising social awareness and participation in the community.

We have all heard about the benefits of switching to solar energy, but did you..

Starting an education business can be a rewarding and profitable venture,..

! Disclaimer: We independently review each of the recommendations. When you buy..

Do you use WordPress plugins? Congratulations! Bloggers love plugins… it is..

! Disclaimer: We independently review each of the recommendations. When you buy..

Quantum computing trends is not a new subject for scientists, but, however,..