by Kartik — 9 months ago in Artificial Intelligence 3 min. read
1775

Apple’s new face ID has been quite a controversial topic when talking about the iPhone 10 whether it be about the notch at the top of the phone. which is where the sensors are located for face ID or the type of data that’s being collected when face ID is in use either the way there is no shortage of topic.

So when talking about face ID on the iPhone 10 now aside from using face ID for payments or signing in to applications and websites the biggest use case for iPhone 10 users is unlocking your device it’s something we do many times a day.

overall I’ve had some pretty mixed thoughts about it so is facial recognition really worth having in a smartphone.

what are some of the pros and cons also some of the Android counterparts out there have face unlock and is that any better than face ID on the iPhone 10.

Also read: How to Calculate Your Body Temperature with an iPhone Using Smart Thermometer

let’s start with the pros and cons. 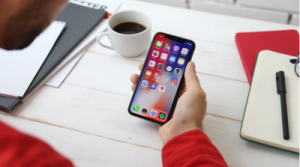 I do the Samsung Galaxy Note 8 has a myriad of different ways to unlock your device whether it be by fingerprint iris or face unlocking and the same thing applies to the newly released One PLus 5 t you have an incredibly fast face unlock and fingerprint sensor and can use both in conjunction with each other.

if you choose to do so now all three of these phones face features work pretty well and are pretty secure to a point I wouldn’t be really worried about a picture of you fooling your phone into thinking that you aren’t there and unlocking your device however I have heard things about identical twins having a few issues of being able to unlock each other’s phones.

I would say that the One Plus 5 t has been more accurate and way faster to unlock my phone when using in standard scenarios but it’s unusable in low-light one plus uses the front-facing camera to read your face and according to the company it uses about a hundred unique identifiers in order to help read your face with more accuracy.

The iPhone 10 uses infrared beams and sends out about 30,000 of them to accurately and securely recognize your face this is the big reason why face ID although can be frustrating at times for me personally is a more intricate and sophisticated piece of technology and also a lot more secure when it comes to authenticating payments and making purchases although.

As opposed to a form of real security this is a huge reason why the one plus 5 t won’t let you authenticate passwords or mobile payments and instead, you have to use the fingerprint sensor on the back of the phone, there is a lot of Technology packed in this little the notch on the iPhone 10 that makes a face ID and its capabilities really impressive.

Kartik is a technology writer and reviewer specializing in long-form thought leadership content for B2B clients. He also runs his Newslyweb Site His technology interests include Linux and open source.

Future of AI – 7 Stages of Evolution You Need to Know Abou...

According to artificial intelligence statistics, the global AI market is..

The IoT is one of the most disruptive technologies across all industries today...

Despite the current hype, most organizations have been on a digital..

There is no wonder that artificial intelligence is storming the globe...

Most Popular Platforms and Tools to Build Modern Chatbots fo...

Chatbots enjoy unprecedented popularity across the spectrum these days and the..

Top 4 Ways to Use AI to Enhance the Customer Experience

If the numbers are any indication, you might think chatbots and voice..