by Sarah Jay — 9 months ago in Artificial Intelligence 6 min. read
1863

Although animators are passionate creatives, it seems that their craft is on the verge of a drastic change. There are plenty of jobs that are menial and tedious. Most humans lack any sort of motivation to perform such activities, and thus inventors make their lives easier through technology. Nowadays we have appliances and machines doing our tasks for us, such as dishwashers and cellphones. Technology has very well replaced numerous professions which have led to a competitive job market. And now it is replacing creatives as well.

Animators are on this precious edge of having their jobs taken away. There are now various automation tools that can do most of the tasks that animators can be using artificial intelligence (AI). Not only is AI gradually dominating the industry, but it is also doing a better job than humans.

Computers have left their mark on art in various ways. They can identify paintings, understand their structures and mediums and even provide comparisons with other pieces of similar work. However, now they are also affecting motion graphics and animated videos. The Midas Creature tool is a prime example of this, as it automates the animation of 2D characters. Invented by the startup Midas Touch, this innovation is employing AI tech to make creative changes. The automated engine gives its base instructions and the integrated software interpret them to make a character move.

A similar example was provided by Method Studios, who introduced a machine learning system which displayed different kinds of movements that are powered by motion capture clips. Whenever the system receives a computer request, it employs the help of an algorithm that chooses the right animation. This then takes the terrain of the scene into consideration and picks the correct option.

Related: – The Illusion of CreArtificial Intelligence

Is the AI Takeover Facing Criticism?

The network that has been working for AI is called “phase function neural”. This is what AI is using to make humans appear more natural in video games and animated movies, and this is slowly doing better than most animators. The impressiveness of the AI takeover of this new development is because of the accuracy of the animation itself. However, there has been massive criticism regarding individual artistic expression.

An example of this critical evaluation was shown when talking to actual animators about the situation. The legendary creator and animator of Studio Ghibli, Hayao Miyazaki was consulted about this drastic change. He was undoubtedly disillusioned about the fact that the coldness and comprised work of AI is replacing the empathetic work of humans. Miyazaki believes that art, illustrations, and animation are essentially part of the humanities and should not have a complete technological takeover.

The Reason behind this Backlash

Art is subjective and relative to the human form of expression. Thus, when the basic notion of creative communication is taken away by a computer, the whole of humanity feels threatened. This non-human entity is attempting to comprise of a place that was not meant for it and if AI proceeds to develop further, mankind could be in real danger. If the machines learn to think for themselves and reach cognitive thought, they will have free will. And with this freedom, they can choose to animate and create as they please, even if none of it resonates with the public.

This is why inventors have thought it wise to restrict AI to the role of mere collaboration, where it will be able to modify and add improvements to processes, but ultimately let humans take the reins on artistic design and creation.

Related: – Future of Artificial Intelligence for 2020

What is the Latest AI Tech?

Some of the latest AI techs has been released by Adobe. They have created something that can sync a character’s mouth movements with a voice recording. The skill has taken quite some time to develop and it limits the orbit of what a human animator can do. The streamlining and expansion of most of these mediums has shown great potential. The online world is able to account for 50% for traffic that comes from mobile devices. Animation videos are increasing in variety, as well as conversion rate, which shows how effective and efficient the industry actually is.

The researchers at Adobe have accepted these benefits and turned this new digital age into opportunity. The resource-intensive art form has been quite costly for the average consumer and business to invest in. But since the advent of AI, the content and time both are taking huge strides for the field. Time-consuming tasks are being taken care of so actual animators can focus on more important work.

The art of video animation takes up quite a lot of time and energy. Artists who exclusively work on animation can benefit from AI in the following ways:

Experts do believe that AI has reduced this significantly to help creators have lighter workloads. With inventions like Siri and Alexa, the voice-activated personal assistants are helping animators do their job more efficiently. Business tasks that are not part of the creative process can now be taken over by AI so that artists can work smarter and be more productive. Since AI is following scripted paths only, there is no threat to the animator’s creative integrity.

There are copious amounts of data that animators have to deal with on a daily basis. Along with directions for characterization, they have to consider set design, coloring, size charts, and motion graphics all within a single frame. This data is now being dealt with through AI tech which is acting as a digital assistant for artists. The prioritization of directions, urgent emails, and relevance to style are now being provided to creators so they can focus on their actual jobs. This proactive help technique has proved to be very effective in creative environments.

There is work being done on chatbots who will be programmed to use machine learning to have actual conversations. This nonlinear advantage can make predictions about workplace patterns and employee habits with the use of Google or Alexa. The virtual assistant is thus becoming an actual assistant which will be able to answer complicated questions regarding design and creation. Not only are animators skipping menial research tasks, but they are also having their previous work stored and categorized for future reference.

Besides using AI to improve basic functions, animation studios can also employ their help in better communication. The decision making processes and strategy planning surrounding a certain project is hence going to be coupled with AI. This will allow managers to make better decisions when dividing up work and artists to analyze their strengths and weaknesses regarding their craft. Once this awareness is made distinctly, there will be a better workflow on each individual project.

Chatbots and customer service have now been designed to interact the way normal humans would. These digital portals are not only engaging in better communicative methods but also streamlining the way artists think about their projects. The engagement of active conversation means that thoughts and ideas related to projects are kept on lock until a fantastic new concept is dredged up. Not only will it be saved automatically with the aid of the virtual assistant, but it will also be executed in a more effective way due to the artist’s clear mind frame.

The AI algorithms can quickly do data-driven work without taking up the kind of time that people would. What teams of animators would take weeks to accomplish is now being done effectively in minutes by this new tech. Besides having a great track record, AI’s dedicated performance is creating smooth edits, excellent visual effects, and complex characterization. Although these algorithms are quite expensive and can only be used by big corporations like Disney, animators still worry for their careers.

The whole idea behind AI was to make human lives easier. The tricky part behind this simple concept is that not every artist shares this mindset. The interference of technology into their creative work is irritating, if not apprehensive. Where these training machines are present to do animations and create worlds, filmmakers have still not embraced the entire movement of AI. This is mostly due to a lack of understanding between filmmaker and this innovation. Machine learning is not the norm in most average households yet (they still do their dishes by hand) and thus it is hard to replicate that on screen.

Since machine learning and AI are under scrutiny by many professionals, it is only natural that their application is explained at a grass-root level. The only way animators and video makers can fully adopt this new age of AI are if it is incorporated into specific areas of daily life. An example is the use of smartphones and the emergence of the new millennia after the turbulent 90s. As soon as these kinds of applications emerge, engineers, artists, and actors will be able to understand the neural network and allow its employability in their creative processes.

When 2019 started, the global animation industry was set to cross the $265 Bn mark and in the following year, this will increase even further. The worldwide estimate of 3D animation market size alone is predicted to be $26.8 Bn by the end of the year 2022. With its fast-paced growth in the global marketplace, it is only natural that the proliferation of virtual reality and augmented reality techniques are integrated into it. This transformative spin is not only leading to more jobs for animators but is also dispelling the rumor of the AI takeover.

Sarah Jay is a creative content writer for Logonado Design Australia. She is interested in digital marketing, company logo design, new tech gadgets and fashion. In her free time she likes to travel and advocate for important causes. 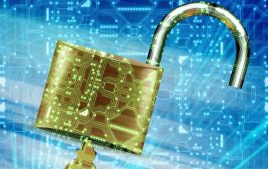 How Artificial Intelligence pave the way of D... 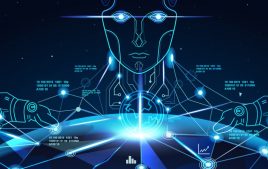 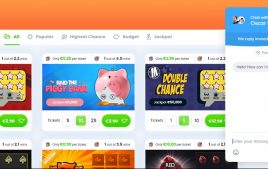