Blockchain Technology And Cryptocurrency: What To Expect From 2020

Blockchain Technology and Cryptocurrency: What to expect from 2020 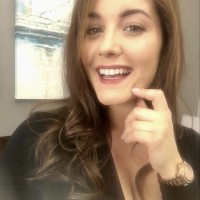 The Blockchain technology has grown immensely due to its well-heeled adoption for cryptocurrencies like Stablecoins, Ethereum, XRP, and Bitcoin. Its success isn’t surprising considering the immutable, safe, and transparent manner how it allows users to record monetary and data transactions.

As we progress into 2020, experts predict that Blockchain technology will grow beyond the crypto markets. There’ll be some blockchain impact on other industries such as travel, healthcare, entertainment, insurance, real estate, supply chain, etc.

However, we are also reminded that the crypto markets are highly volatile. Notwithstanding, let’s look at the blockchain technology and cryptocurrency expected trends for 2020.

A lot of Blockchain Start-ups Will Struggle

One of the first projections for 2020 is that several blockchain start-ups will struggle and likely not succeed in the market race for their blockchain production projects.

Faced with very stiff competition, the level of support and investment in previous years may dwindle. Interestingly, the low level of success is not because of blockchain technology itself. The struggle is as a result of the lack of uniqueness by several start-ups.

These start-ups mostly repeat similar projects during blockchain implementation, with little or no innovation when creating another alternative.

They likewise lack a clear vision and understanding of blockchain as they progress. Thus investor expectations turn out unmet.

Also, although specialists and large compa——— nies will closely watch developments of blockchain technology, they’ll wait till they see the best application in use.

The reason for this is that the more established industries require advancement in blockchain deployment than newly-appeared start-ups.
Also read: Top 7 Work Operating Systems of 2021

Blockchain Application Advancement by the Economy and Finance Sector

Compared to other traditional industries, the banking and finance sectors do not require significant transformation to their systems to adopt blockchain technology.

Leveraging on the successful application of cryptocurrency, some financial institutions actively began to consider blockchain adoption for their banking operations.

The operation, which usually would take up to several days, was done in 20 seconds. Another 2020 projection, according to a report by PWC, is that 77% of financial institutions will likely adopt blockchain technology into their systems or processes.

Financial institutions are looking to buy into blockchain technology because it allows them to cut down excessive bureaucracy, conduct faster and cheaper transactions, and improve secrecy.

Furthermore, banks can use blockchain to launch new cryptocurrencies that monetary policies can regulate. An example of a financial institution looking to take this advantage of blockchain is the Australian Securities Exchange.

The institution plans to use a new blockchain-based system to manage the Australian financial market by the end of 2020.

Blockchain Experts Will Be in High Demand

Despite the vast popularity of blockchain, interestingly, the number of experienced blockchain experts in the market is low.

For most government authorities having a secure decentralized distributed ledger is an attractive idea, especially those who need to administrate data in large quantities.

These agencies operate separate databases, so they must continuously request for information about residents from each other.

However, using blockchain technologies, data sharing, and management will improve functionality across the agencies.

One country that has adopted blockchain tech for its government is Estonia. Several public services in Estonia have access to a decentralized digital ledger known as  X-Road.

The X-Road contains information about all Estonian residents and citizens. Additionally, it uses advanced encryption technology and two-factor authentication that allows people to control their data securely.
Also read: Blocked On Snapchat: Figure Out What-To-Do, The Fixes, and FAQs

The Continuous Rise of Stablecoins and Ethereum 2.0

Tokenizing fiat currencies as a more accessible exchange mechanism for cryptocurrency trades may continue in 2020.

There’ll be an increase in the adoption of stablecoins, particularly fiat-backed and driven from trading on exchanges. Due to its low price volatility compared to digital currencies, people have higher confidence in the future value of Stablecoins.

On the other hand, the developers of clients and components of the new Ethereum 2.0 blockchain took the reviews from the ecosystem feedback.

They emerged more vocal in sharing updates and progress. The new changes increased the confidence level in the Ethereum blockchain. The growth has been good so far, and it is projected to get better 2020.

Already, businesses like Walmart and Carrefour have been making use of using blockchain in their supply-chain process.

There’ll be a similar progression for 2020. Companies such as IBM are spearheading this movement via its blockchain framework, Hyperledger solution. IBM is estimated to have already integrated Hyperledger business processes of over 1,000 companies.

Large companies with their private blockchains can find it a lot convenient to manage their database.

While they get all the benefits of blockchain technology, they don’t have to share sensitive commercial information with everybody. They can choose to give permissions to those who can see their data.

For 2020 we expect increased competition between blockchain platforms. Besides the leading existing blockchain platforms such as Bitcoin, Corda, Hyperledger, Ethereum, etc., there will also be the newcomers competing to upset the current balance. Thus this leaves it an open race as to who becomes the crypto market leader.

On the flip side, we should expect additional integration with other blockchain frameworks. An example of this integration is Digital Asset’s focus on its smart contract modeling language, DAML, and other structures.
Also read: Top 7 Work Operating Systems of 2021

This article was written by Ana Mayer, a project manager with 3+ years of experience. While projects can do without her participation (which means almost never), she likes to read and create expert academic materials for the Online Writers Rating, Best Writers Online review website. Such work gives her the opportunity to write articles on the most relevant topics of today.