Golden Ratio In Web Design, Why Do You Need To Use It? The Next Tech

Golden Ratio in Web Design, Why do You need to Use It? 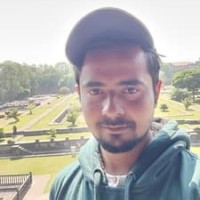 The Golden Ratio is used within Graphic Layouts of nearly all types, especially used in balancing the content that is text-heavy. It helps the designers to create hierarchy and concentrate users’ focus on the specific areas of the webpage. There are several branding companies and in other big cities dealing with Golden Design ratios for the websites.

What is Golden Design Ratio?

In basic terms, Golden Ratio is a mathematical ratio, commonly seen in nature and used in classical design theory to curate balanced compositions. It roughly equals to 1.6180, which is also known as the “Golden Mean,” or the “Golden Section.”

These days the golden rectangle is the most used shape to visualize the Golden Ratio, but you have an option of using both circles and triangles in a similar way.

To understand the concept in-depth, you can refer to the picture shown above. Here you can create an approximate golden spiral shape out of circles and those circles fit perfectly inside a system of the golden rectangles. It is highly appealing in looks and has the potential to grab more visual memories.

Nowadays, many web designers use it, and some are also there who are not giving that much importance to it. It’s totally up to you. Normally, those who are interested in numbers and like maths and perfection, they are most probable to go with Golden Ratio.

Why do you need to use Golden Ratio?

Golden Ratio, it has been used throughout history to create and design the graphics or elements that have an ideal visual appeal. So, why does the golden ratio matters in Web Design?

It is one of those tools which help to create something which can establish the right emotional and visual tone with users.

In print design Golden Ratio has a huge number of applications like Posters, Visiting cards and marketing materials etc. Moreover, it depends upon you, how you can use the golden ratio effectively in projects. Let’s dig out the golden ratio application.

Related: – Analyzing the Impact of Video Backgrounds: A Trend in Web Design

Layout, which is used for arranging the visual elements on a page in web or graphic designing. It consists of organizing the art composition to achieve specific communication objectives. In this genre, the golden ratio is used to define the width of the panels, sidebars or even height of the views. Let us understand this with an example, suppose, the layout of width 960 px. When you divide it by 1.618 it becomes 594px(593.325) which can be defined as the height of your view.

It is important to define the height of any view in Graphic Design as compared to the Web Design since content plays a major role in deciding the height of the page in Web Design.

2. Use of Golden Ratio in Defining Space between Content

There are times when we go by standard padding and margin to define the gutters and spacing between the content blocks without considering the Layout Sizes. Dealing with these positive and negative spaces we make or break the final result. However, we can use golden rectangles to ensure that inter-layout spaces are calculated and proportional.

3. Use of Golden Ratio in Typography

If it is hard for you to figure out the sizes of different text hierarchies in your designs then you can use the golden ratio as a guide to determine the best size for each of them. Let us understand this with an example. Suppose, body text is 10px when you multiply it by 1.618 you have 16.18. So, the size of the heading text will be 16px.

Using Golden Ratio simplifies the process of determining the sizes for text hierarchy.

4. Use of Golden Shapes

Golden Rectangles, Golden Circles, Golden Spirals, and Golden Triangles are the widely used Golden Shapes. These are also used in combination when there is a requirement of mesmerizing design compositions.

5. Use of Golden Ratio in Logo and Icon Designing

Popular Golden Shapes like Squares, Triangles, Circles, and Spirals are also used in designing an Icon or Logo. When a designer uses the Golden Ratio with suitable Golden Shapes, the good design turns into a great one. Please take a look, these are the examples of icons and logos made using Golden Ratio.

Before you go for using the golden ratio in your projects you need a lot of practice and understanding. Golden Ratio is one of the more useful tools for designers. Golden Ratio is not something which will make or break your designs.