Top 5 Benefits Of ReactJS: Why You Should Choose It For Your Project

Top 5 Benefits of ReactJS: Why You Should Choose it for Your Project 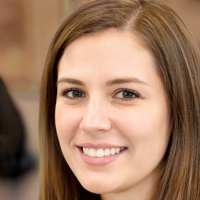 However, with new tools being introduced daily and organizations seeking to get more work done in less time, deciding on the best framework, programming tool, and library is becoming increasingly challenging. In this piece, I’ll tell you why ReactJS is worth considering.

To begin, ReactJS is widely used. React allows a web application company to use separate application components on both the client-side and the server-side, which speeds up the software development process. According to a recent survey, ReactJS has created over one million websites, including around 300,000 distinct domains. Because of its ubiquity, ReactJS is the most popular framework because of its ubiquity, with 74.5 percent of developers preferring it over other frameworks.

ReactJS is an open-source JavaScript library that creates frontend web development more straightforward. Jordan Walke, the developer of ReactJS and a Facebook programmer, had the idea to combine XHP, Facebook’s markup syntax, with JavaScript. It enabled them to run multiple user interfaces simultaneously, such as newsfeed updates and chat, among others. Following the triumph of the merger, Facebook made ReactJS open-source in 2013. ReactJS has since become one of the most popular web frameworks.

Do you think why react? Then, we have developed a list of react’s top benefits and reasons you should use ReactJS in your organization.

SEO is an essential part of web development. In comparison to other frameworks, ReactJS dramatically reduces page load time and provides faster-rendering speed. A faster rendering speed contributes to a lower bounce rate for your websites and pages.

Easy To Use and Easy to Learn

Do you want to know if reactjs is easy to learn? If yes, then read these advantages of react.js. Achieving amazing things is fantastic, but only if you don’t have to spend the rest of your life learning new technology. React is simple to understand and use, and it comes with a wealth of documentation, tutorials, and training materials. Anyone with a JavaScript background can comprehend and begin utilizing React in a few days. This makes all of the marvelous things it does even better because you can utilize them immediately.

Granted, this is partly because it is a fairly targeted solution. It’s the view portion of the MVC. It is typically directed to as “one of the JavaScript frameworks,” however, many would argue that it is only an open-source UI library rather than an actual framework. Of course, not everyone requires a full-fledged framework solution, and React has a lot to offer the correct audience.

Numerous training choices are available if you require additional assistance, including formal classes and informal tutorials. There are numerous books, including multiple O’Reilly titles, and over 250 books about React on Amazon.

In conventional HTML, if you build a div block with an H1 tag, a fundamental div element with an H1 element inside it is created. React.js generates a react. div object, which includes a react.H1 object. These newly formed objects can be readily managed without using the proper DOM API. The system will use the virtual DOM to determine what to do with the real DOM when it comes to the rendering stage.

While traditional HTML and CSS techniques render the entire DOM, the new one renders the portions that need to be changed, making React.js faster.

Multiple developers can write discrete components, and any modifications made will not affect the application’s logic.

If you still have a question, why is react used? Then, please read react advantages carefully. Working in development, it is best to prevent the undesirable habit of duplicating code. This destructive behavior will be detrimental to your project in the long term. When you like to make a transition, you have to edit all the duplicated pieces, which is a time-consuming process that no one likes to perform.

Because you don’t have to code the entire block at once for each UI block, React.js operates in a component-based structure. Instead, you might begin with simple components such as the text label button and then merge them into a larger one. These components can then be joined to create higher-level components, and the process can be repeated until you have the final UI block.

Another advantage of React is that each component has its logic and behaves independently. This is beneficial since they function as a plugin in a more extensive system. When you need a new UI block accompanied with specific functionality for a view slot, grab that component and insert it in.

Reusable components provide your apps a consistent aesthetic that is easier to maintain and scale in the long run.

ReactJS comes with a free extension known as JSX. By generating code shortcuts and transforming HTML mockups into ReactElement Trees, JSX simplifies the HTML markup in the library. ReactElement Trees, in turn, speed up the program. Another advantage of react js is that it provides several react app ideas.

This conveys to us the closing of this blog. We hope you now understand why React JS is a better frontend framework.

ReactJS is a simple-to-use responsive JavaScript valuable package for small and large businesses. Even in a high-traffic environment, scaling is simple. Furthermore, ReactJS enables concurrent functions and simple adjustments for application and web development. Organizations looking to recruit ReactJS developers for their projects, on the other hand, may need to spend a notable quantity of time investigating various candidates.

So, what are you still waiting for? Hire a React JS Developer today to get started!

Opal Miyamoto is a professional writer from New York. She is in love with poetry and music. In the future, she dreams of becoming a famous writer and publishing her own books. Currently, she is passionate about writing articles for various blogs in the field of IT, software development, SaaS.