Businesses accept that apps now make a difference to whatever they do. They are learning how apps can help them in converting into a powerful brand in the comparison of their competitors. A big share of close to 80% of enterprises now takes the app development as a priority thing to do.

40% of them have plans to implement at least 10 apps in the next three years. 25% of all businesses have said that they may launch from 26 to 50 apps for their enterprise operations and, they will soon get them built.

So, creating brand awareness via mobile apps is now becoming popular. Businesses around the world are now pushing mobile platforms based ads and customer engagement campaigns, and also getting good responses out of them. Let me share an early example how it took place.

In 2015, 20XV, a Ruby World Cup app launched and, it got more than 60 thousand and 120 thousands visits just in the period of a month. Each user spent an average time of 8.21 minutes, which was considered pretty good for new app at that time.

However, the mentioned example of the app belongs to the sport category, but an enterprise app can also be targeted to have better engagement with their operations. Now internal enterprise apps are becoming a norm of the workplace in different industries.

Though, things aren’t completely positive for businesses focusing on the enterprise mobile app development. It’s not easy to conclude an enterprise app now.

There is more than one challenge that has to be dealt with and addressed properly before obtaining an enterprise app.  Apps created for enterprise operations are required to abide by the ongoing and coming drifts.

Key ones of them are as follows:

CIO across enterprises have expressed that they rely on cloud apps and will increase the use of cloud based tools in coming years. Seeing the benefits of clouds, the acceptance is also turning out to be wider with every passing year.

With cloud software based on mobile platforms, teams are able to collaborate to core system regardless of time and place. They become capable of executing various operations, reducing their cost and sharing docs without any delay.

Generally, we will notice that most of the in-house development teams are Windows-trained. Often time, they do not hold deep experience in mobile app development. This drives businesses to look toward third-party software development firms. But by these developers, businesses get their solutions implemented at high cost. Of course businesses have to spend and wait a lot to get tight things in their hand.

Tech titan Microsoft suggested a solution for this issue 3 years back. The company launched PowerApps, a platform that allowed anyone with “Office” experience to create apps with no or minimum help of developers.

Related: – How to Outsource Mobile App Development Without any Mistakes?

A big change in the enterprise mobile app development is the simplification of tools which help in decreasing the time to market. As of now, a mobile app development firm may take more than 7 months to a year for concluding an app. But during this phase, a business has no choice but to remain at loss. This is why a number of simple and faster development tools are being brought in to the market.

Both app stores, Google Play and App Store, are heavily flooded with apps. Together they have more than 5 million apps. But are all of them equally popular? No, they aren’t. In fact, there are only a handful of apps that are popular. Rest ones hardly get any recognition.

Apps that aren’t popular, do not, in fact, lose for quality standards, but they lack at promotion and marketing fronts. Businesses are expressing the requirements of adding built-in tools for marketing and promotion, and developers are behind taking actions to realize the concept.

A true enterprise app is one that lets businesses quickly update content. Could based solutions can help in this case too. Many developers are now coming up with the solutions that make it simpler for businesses to update things instantly. 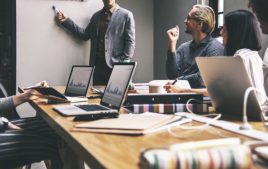 Why should You Elect India for Mobile App Tec... 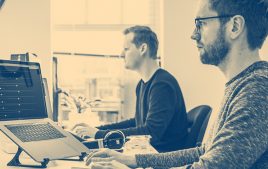 Why Does Your App Need It?: Compliance Testin... 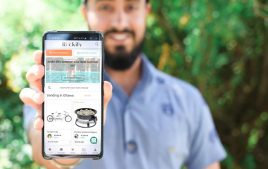 How to Choose the Right Pricing Strategy for ...