Which Technology Is Best For Mobile App Development?

Which Technology is best for Mobile App Development? 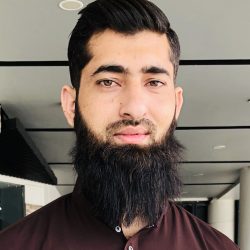 One of the golden rules of sales is to make it easy for people to buy from you.  These days, a lot of people are both researching and making purchases from their mobile devices.

Businesses, therefore, need to accommodate this.  Generally, the best way to do this is by a combination of mobile-optimized websites and mobile apps.

The basics of mobile app development

Mobile app development is a lot like building a website.  You need to know what the app should achieve.  You also need to think about how to deliver an outstanding customer experience.  This will typically mean a combination of great user interface design and compelling graphics.

You also need to decide what technology you’re going to use for your mobile app.  Here is a quick guide to the five main contenders.
Also read: Best 10 Email Marketing Tools in 2021

Java has been around since 1995.  Unlike many of the other languages and technologies around at the time, it’s still very much thriving.  It’s especially popular for mobile app development, particularly for Android apps.

The fact that Java has been so popular for so long means that it has huge libraries and extensive documentation as well as a supportive and knowledgeable user community.  It’s also highly secure but still flexible and manageable.

In a lot of ways, Kotlin is essentially Java 2.0.  It is fully interoperable with Java and can be used in place of both the Java Virtual Machine and Javascript.  Kotlin is much younger than Java, it’s “only” been around since 2011.

It can, however, leverage all the resources available for Java.  It also has its own “native” user base.  This is getting larger all the time.

The advantages of Kotlin are the same as the advantages of Java.  It has even better security along with more user-friendliness, especially more clarity and conciseness.
Also read: iPhone 14 Pro Max Is Apple’s New iPhone To Be Launched In September (Know The Release Date, Specification, Rumour & More)

Named after the comedy group rather than the snake, Python has arguably become the world’s default programming language.  There are lots of excellent reasons for this.  Most of them hinge on the fact that Python is simple to learn, easy to use, and versatile.

Python may be the only option for SMBs on the very tightest budgets.  It’s so easy to use that non-programmers can often learn enough about it to develop a basic mobile app.  Alternatively, SMBs with small budgets can generally hire a Python developer quickly, easily, and cost-effectively.

The fact that Python is both simple and popular means that SMBs can be confident that their apps can be supported over the long term.

For example, if they need to be updated as the company grows, it should be easy to find a developer for the job.  Python was developed with scalability in mind.

Even though it’s simple to get started with Python, the language has a lot of depth to it.  It also has a huge resource bank of frameworks and libraries plus vast community support.  This means that Python is a perfectly viable choice for large-scale, complex mobile app development projects.
Also read: 11 best ways to Improve Personal Development and Self-Growth and its Benefit on our Life

Flutter is a software development kit (SDK) rather than a programming language.  It can be used to create apps on mobile (Android and iOS), desktop (Windows, macOS, and Linux), and the web.  Flutter’s popularity is largely based on its speed and customizability.

Using Flutter is inherently faster than creating multiple native apps for different platforms.  What’s more, Flutter itself is fast.  In particular, it offers a stateful hot reload.  This means that you can see the result of code changes without having to change its state e.g. reload it.  Stateful hot reload can be a huge timesaver in the development process.

Flutter also has a vast range of tools for speeding up development even further and customizing your mobile apps.  What’s more, the fact that it’s open-source but supported by Google means that you can expect it to be kept up to date with trends in mobile app development.
Also read: Top 10 Best Software Companies in India

Swift was developed by Apple for Apple and as such only works with Apple technologies (plus Linux).  Its usefulness, therefore, depends entirely on how committed you are to Apple.

AA Muhammadiis the founder of AAM Consultants. It’s a digital marketing company based in Lahore, Pakistan, with an office in Willenhall, U.K. He enjoys writing different topics about app development, search engine optimization and digital marketing.