6 Recommended Processes For Building Test Systems From Start To Finish

6 Recommended Processes for Building Test Systems from Start to Finish 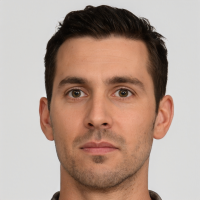 Some factors that could change the process could include budget, the amount of cross-functional support, and the project’s overall scope.

In the past, many developers would implement the test phase as they neared project completion, but it is now more common to develop a process at the start of the software development. The test system will be functioning from the start with monitoring methods that will continue until project completion and product launch.

There are six recommended processes for building test systems from start to finish, regardless of the aforementioned budget, scope, and support. The six steps of the process are as follows.

The majority of software launches will come with an expectation of outcome. When building test systems, you want to account for what the business or organization expects from the project. The software often has an extensive list of needs, including the business outcome.

Additionally, architectural requirements will need to be analyzed to detail the initial design and the support infrastructure. This analysis will need to be comprehensive so that the developers building the product can ensure alignment with the functional and non-functional specifications.

The alignment of all parties is crucial, so the software is built appropriately, and the test system can more accurately integrate with the system to better monitor and deliver results.

Various cross-functional teams will have a hand in the testing process, and all of these teams must understand the testing system and the communication that must take place between them.

In addition, the requirements analysis may change over time, but brainstorming sessions and alignment meetings can help developers identify problems and prioritize assessments and evolutions.

After the requirements analysis, you will take the information from that analysis and turn it into a guide or strategy.

The planning phase compiles the requirements analysis information into a documented quality assurance strategy and is available to all team members who will have a hand in the testing. The documentation will help standardize the expectations to ensure alignment between teams.

Some organizations have a test team, but it has become common for the responsibilities of testing to fall into multiple teams’ scope of work. Many developers will simultaneously run tests per specification and fix any bugs.

The test plan or strategy will clearly identify the work to be accomplished, the scope, purpose, milestones, details for test environments, and types of non-functional and functional testing. Some testing methods can be automated and others manual, but these should be outlined in the test planning.

This strategy is not put on a proverbial shelf to be forgotten, but a tech lead or test management would indicate which individuals or teams will carry out specific tests. Along with these role assignments, timelines and methods are established so the testing team can ensure deliverables after each test system phase.

After the test systems planning phase, the testers can propose and write detailed test cases. The team members tasked with quality assurance would then work out the details and nuances of the tests they plan on running. They would identify what data targets and metrics need to be utilized to facilitate the test.

That said, those individual team members put into these roles should not be discouraged from being innovative in fulfilling the test process as long as their method is within the scope of the test planning.

When building test cases, the goal will be to validate the software functionality within certain milestones so that your team is confident during the development progression.

The test cases should be clearly and concisely indicated so that any team member can understand the parameters for the execution of testing tasks. This is important because if the project’s scope is lengthy, the roles and responsibilities may change during the project.

It is wise to create the freedom for creativity and innovation in using a tester’s skills and have sufficient context clarified so that any team member assigned the testing role can jump in without any issues. Since there is more than one way to skin a cat, a traceability matrix can help to track the coverage of tests that have been performed.

The test cases’ target is to fully cover the functionality expectations outlined. Using such a traceability method helps to make the testing process repeatable and identifiable but prevents you from running unnecessary additional tests because of perceived flaws or adjustments to the test environment. Once the test cases are ready and organized, they can be run through test suites.

The environment is where the actual testing would then occur. This is usually the part where other team members get involved. They can move the needle of some parameters based on the test environment. The compatibility of some software with certain hardware versions can create unexpected flaws.

The easy way to identify such a need for parameter adjustments will be if you anticipate a larger number of android device users versus an apple product. Computing power and browser versions can impact functionality, so running multiple test iterations and environments would provide valuable insights pre-launch.

After a deliverable phase, with more confidence garnered, quality assurance members and automated scripts can now run the functional and non-functional tests. The testers can now log the performance of a system compared to its requirements.

The test system execution phase is where a lot of bugs reveal themselves. So, the testers would report the details of the bugs, attempt fixes, and then utilize some automated tests to check and recheck so that you don’t have to worry about another bug being created while fixing another.

After patches and bug fixes have taken place, the testing team can provide a closure report highlighting the findings, functionality, and viability of that phase’s rollout. The team will ensure the details match the parameter of the initial planning phase.

The real difficulty lies in the early stages of designing the process. Organizing the test systems is difficult at first, but once system parameters are established, there is an expectation that your team can align with them.

After completing these six recommended processes for building test systems from start to finish, a manager can make the call to set up support teams and release the product. This testing process increases overall confidence in the expected outcome because the viability of the software has been proven already.

Daniel is a community manager for NI (formerly National Instruments), where they create the tools needed for companies to Engineer Ambitiously™. His current interests are at the intersection of software engineering and DevOps. Outside of work, he is a marathon runner and is working on his first novel.

After the coronavirus pandemic, companies have changed their view of the usual..

When we open any social media platform, there are several giveaways going on...

What Is The Product Information Management Works?

In recent years, the e-commerce sector has experienced significant and steady..

5 Of The Biggest Email Vulnerabilities

Once a hacker learns your email address, he can target your mailbox with a wide..