Coronavirus Outbreak: What is the effect at Indo-China Trade
Saturday, 28 March 2020
Login Register

Coronavirus Outbreak: What is the effect at Indo-China Trade

A third case of the novel coronavirus was confirmed in India on Wednesday, with another student from Kerala who returned from China’s Wuhan University trial. Kerala has already declared the virus a state disaster and operations are underway across the country to continue it.

Globally, the death toll is said to be around 500 and apart from serious loss of life, there is also fear of trade and India-China trade outbreak.

Last week, the Engineering Exports Promotion Council (EEPC) urged officials to understand and review the potential impact of the outbreak on trade with engineering exports to China in the current fiscal year.

EEPC data shows that Indian engineering exports to China grew by 27.60 percent to $ 1.77 billion from $ 1.33 billion in April-December a year earlier.

“In fact, China has emerged as our 10th largest export destination for engineering goods, as well as industrial machinery,” said EEPC President Ravi Sehgal. Ports that receive traffic from the East Asian country.

Pushkar Mukwewar, co-CEO of Drip Capital, said China’s Indian exports grew 25.6 percent to $ 16.75 billion in the previous fiscal, up from about 4 percent this year. The firm helps small and medium exporters to obtain working capital.

However, if the proliferation of new coronaviruses is constrained to prolonged lockdown, retail consumption and raw material demand are expected to decline, according to Mukvar. “Seafood exporters in Kerala are already feeling the pinch, and prices of commodities like soybean and cotton are also facing uncertainty. China is a very big driver of international trade, and the country’s extended lockdown is likely to cause trouble for exporters in India and elsewhere. ”

“Considering that Coronavirus has originated in animal-based food, it is going to influence the fish market. He said there are also stricter criteria levied on food exports from today on, resulting in a rise in prices.

Aside from food, the tourism and travel sector would also be affected either way, based on him. “In 2018, nearly 10 million Chinese people went to India and this amount surged upward in 2019 with a big percent. But with this danger many Chinese tourists might need to cancel their programs, affecting hotels, airlines, and retail that thrive on tourism”

Chetia, nevertheless, feels that China will have the ability to include the virus in a few weeks contemplating their experience of handling similar outbreaks (SARS, 2003), strong governance and how it started during the vacation period and many factories were shut.

Micro, Small and Medium Enterprises (MSMEs), which import equipment or raw materials from the country, have also been affected. Yash Davar, owner of Mumbai-based KMY Industries, which makes light products, imports about 50 percent of all its raw materials from China. Davar recently had to cancel a scheduled trip to the country.
Also read: Software Review: EaseUS Data Recovery Software
“Suppliers in China said that this was not the safest time for us to arrive and that there might be a delay of at least 15-20 days,” said Davar.

As the delay period increases, the prices of those components increase. Davar said the margin difference could vary between 10-50 percent depending on the product. His company sells 8,000–10,000 lights every month. According to him, some of the components used by him are very few made in India and if the delay is continued for a long time, apart from pricing issues, there will also be supply concerns.

But in the midst of this gloomy business environment, there are some who have benefitted.

Medical supplies and equipment said that ever since the outbreak was reported, there has been a more than 10-fold increase in demand for face masks, Particulate respiratory masks, protective suits among other things.

In the past few weeks, the Mumbai-based company has received many questions from China, Japan, Singapore and even India in other countries, and has increased purchases of related items to meet demand. 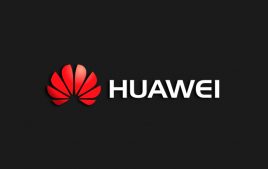 Huawei Countdown: May 20, and Continue throug... 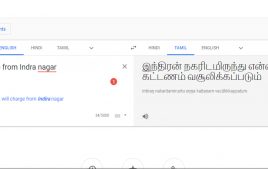 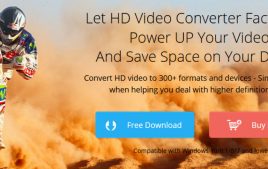 What to Research before Launching an Ecommerce Store