Go Vs. Python: Which One Is Better? - The Next Tech

Go vs. Python: which one is better? 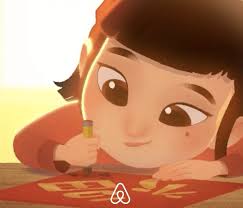 For those programmers who work as a freelancer or working in small IT firms, it is extremely important to suggest the client/company regarding the best programming language suitable for their requirement.

There are several options available in the market for different needs, It’s slightly challenging to pick the right one for the client’s requirement.

If we speak specifically about the backend web development, Then we’ve got Java, Python, Node.js, Go along with some other top used programming language/framework.

So here it is quite important for the programmer to understand more about the key difference between Python, Node.js, Go, Java so they can choose which language/framework to choose based on their requirement.

Within this article, we’ll dig deep and understand the difference between Go vs Python.

Golang is a young programming language created by Google in 2007 and it had been popularized to the general public in 2009. Golang syntax relies on the C language, which eliminates the unnecessary odds of languages such as C++.

This is a statically typed language using a sophisticated and remarkable library, along with incomparable execution speed and functionality.

Therefore, Golang provides a whole lot of features of other programming languages, such as system and pointer arithmetic, type inheritance, andoperator overloading.

Additionally, Golang is a compiled language that provides more features than C. Nevertheless, it doesn’t support inheritance into a simple programming interface. It’s far faster than interpreted languages like Python.

Here, are important features of the Go language

Python is a high-level most popular general-purpose programming language released in 1991. It’s an open-source platform. Python code is simple to write, read, debug due to its own code brevity.

Python provides a more typical approach to Machine-learning and deep-learning projects. There are several libraries and frameworks offering support to programmers to create their projects.

Data scientists and Data analysts embrace the Python language since there are a huge number of frameworks and libraries for both data and research viz. Satisfactorily.

Here, are significant features of Python

● This is still a young language, Thus there aren’t a lot of libraries for this yet.
● The error function is needed if the error could be anticipated.
● Less flexibility.
● It does not have any generics.
● Difficult to manage errors and not very simple to learn.

● Python is a weak language and not very ideal for mobile app development.
● This is not ideal for multi-processor.
● Python is a bit slower compared to other programming languages.
● Difficult to build a high-graphic 3D game in Python.
A comparison between Go vs. Python

For almost any programming language, among the important factors is its own performance. While Python isn’t so slow for creating websites, But Golang is quicker than Python.

Golang is among the greatest choices for writing the server-side script to get high performance. Golang offers rapid development cycles. Performance is the key, also Golang is a master of both speed and performance.
Also read: Top 9 WordPress Lead Generation Plugins in 2021

Golang has greater support for concurrency without using lots of resources whereas Python requires many resources for concurrent procedures. Golang is much favored for backend development since it can manage enormous requests with higher concurrency.

Scalability of Go vs Python

Scalability is the ability of an application to deal with an increasing amount of work, or its capacity to be expanded to accommodate this growth.

While creating an application, it’s also one of the essential things that ought to be taken in every phase of development. An application is totally useless for any company if it is not scalable.

Golang has inbuilt support for concurrent procedure channeling, i.e. concurrency. Python, on the opposite side, has a very hard time using concurrency but has the potential to implement parallelism via threads.

Good error handling is a vital necessity of good language. Go is a statically, strongly typed programming language using a great method to manage errors. Whereas Python is a dynamically typed language, so it reveals more errors at run-time

Learning Curve of Go vs Python

Golang is a simple, easy to comprehend programming language with simple syntax. Although Python also includes a very simple syntax, Golang is easier to learn and work with. Golang relies on the C language therefore that it could be trusted by everybody.

Golang came into existence to address technical problems at Google, and consequently, it’s more pragmatic. You do not have to stress much on language structure to be able to build classic websites and applications.

Python includes a massive collection of libraries. Python is richer in the library when we compare using Golang, however, Golang has also enough libraries for web development, encryption, and concurrent programming.

No doubt Golang has lots of also built-in functions, and you’d rarely have to rely on additional libraries and tools.

Brands who use Go vs Python

It’s also among the very significant factor for virtually any programming language that creates confidence for new IT businesses to utilize it with no hassle.

After taking all these into consideration, your use case is going to be the deciding factor in which language to adopt.

Given a situation where you’re establishing a development team to create microservices, Golang would be the more sensible choice here because it’s both fast, simple to code together, and can scale well. Python, on the other hand, is aimed towards AI, ML, and data analysis.

So going head to head, Go would emerge on top in many instances and is regarded as a legitimate alternative to using Python. Developers should pick a programming language considering their character and size of the development project in addition to the skill set of the involved.

The great news, however, is that no matter of selection, the two languages are ever-evolving. While Golang may look like an obvious option in most cases, that the Python community is not simply sitting back and doing nothing.

Both languages are growing and expanding. It follows that we’ll be seeing more functionality and advancement in the future.