VPN, Then, And Now

VPN, Then, and Now 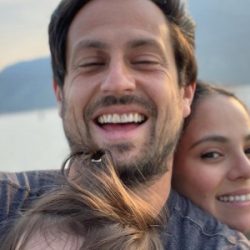 A VPN, also known as a Virtual Private Network, enables one to establish a highly secure connection to another private network over the Internet.

VPNs continue to be relevant for both corporate and personal use, as technology changes and evolves to allow VPNs to perform at their highest capabilities


While the purpose of VPNs has stayed the same, consider how these networks have evolved over the years to keep connections safe and secure.

It’s been a long journey for VPNs, so let’s explore how these networks have changed and been innovated over time:

Then: Enterprise Grade VPN in the 2000s

VPNs were introduced by a Microsoft employee in 1996 as PPTP or Point to Point Tunneling Protocol but started being used in practice by enterprises in the early 2000s. At that time, VPN was almost exclusively used by businesses.

VPN was mostly used on company furnished laptops at that time, as opposed to   when it is used for many other types of devices, such as tablets, smartphones, and even Smart TVs via the router.

This decade, the use for VPN continues to grow significantly as cyber-connected technologies become much more synonymous with almost every facet of our lives.

Nowadays, you can get a VPN catered to specific devices whether you are looking for a VPN for PC or VPN for MAC. Some VPN providers today even offer VPN to run at the home router level offering an additional layer of privacy and security.

Many organizations employ a VPN solution to create a secure private encrypted channel between employees and other interfaces such as partners and possibly even customers.
Also read: The Five Best Free Cattle Record Keeping Apps & Software For Farmers/Ranchers/Cattle Owners

The V in VPN for Enterprise

The word virtual or letter V within the yet acronym VPN means that, even if an employee is working from home using their internet connection from a local ISP, they will connect to internal company resources.

They will have an internal native company IP address as if they were physically at the office, when in fact they are at home.

Since they are not physically at the office, physically connecting to company assets and infrastructure except maybe a laptop and a smartphone, this practice is indeed virtual in every sense of the word.
Also read: What Is Forex Trade? 5 Untold Forex Trading Benefits + Expert Tips For Higher Forex Profit

As opposed to the first decade of the millennia,  when enterprises widely used VPN technology which gained moderate popularity year over year, VPNs are now immensely popular for personal use, and this phenomenon is on the uptrend with ongoing massive growth predicted.

More and more users are finding more and more reasons to justify purchasing a monthly or even yearly subscription from top VPN services.
Also read: Top 10 IT Companies in The World | Largest IT Services

There are many reasons for the recent surge in personal VPN usage, which includes:

Also read: What Is Gaming In Metaverse? 7 Best Metaverse Games To Try (#1 is played by millions of YouTubers)

As more innovative online services and content types in many spheres such as gaming, e-sports, and more entertainment platforms are offered, the purchase of VPN will grow in tandem.

Rob Teitelman has been working in the Internet Marketing industry for over 7 years and has written content and web copy for dozens of clients and websites across North America. Over the years he has dealt with clients in various niches though focuses on tech, finance, business and travel. As a recreational musician and outdoor enthusiast, his wide range of knowledge helps him write content in a myriad of industries. His passion for organic search and content fits hand in hand.