Predictions about Artificial Intelligence for 2020

by Alan Jackson — 4 weeks ago in Artificial Intelligence 5 min. read
1039

In 2019, 53% of global data and analytics established by decision-makers announced that artificial intelligence was established, or full development within their company. Here are Predictions about Artificial Intelligence for 2020.

It is important to note that these findings are derived from data revealing calculated percentages from observations of Fortune 500 companies. Fortune 500 companies are considered the most profitable in the United States. The study shows that 29% of developers have worked on AI and machine learning in recent years. The findings come from a Forrester study.

Based on the Forrester team results, believing they can make predictions about artificial intelligence for 2020, I give their findings in this piece.


According to Forrester, 25% of Fortune 500 companies plan to implement hundreds of Intelligent Process Automation (IPA) processes. In other words, automation of specific tasks through the use of artificial intelligence.

Thus, part of the AI ​​implementation includes specific automated robotic functions. Companies will exclusively use text analysis and machine learning to process a set of incoming emails and documents. Regarding the implementation of automated responses or chatbots (robotic discussion), – programs designed to interact with Internet users or customers under the guise of humans – also known as conversational agents.

These conversational agent applications are also designed to save some time, particularly for HR workers and IT (Information Technology) teams. There’ll have to be certain tracking tools utilizing Machine learning for Big Data processing. The developers having previously established algorithms permitting the computer to form the information.

The more the algorithm sorts the data, the more AI will be able to identify data that is considered normal – and be able to testify the data to abnormal behavior. Therefore, the human operator is directly directed to abnormal behavior by the machine and can focus more quickly on the corrective measures to be taken.

This type of automated process is partly due to increased investment, according to a Forrester firm, anticipating an economic slowdown associated with the economic downturn in China.

The economic downturn in China can afford to increase interest, which can not only reduce consumption and investment but also reduce the market value of companies. Reducing market value is especially true in technology companies. Tech businesses have valuations that are highly dependent on profit growth over the long term.

No wonder companies are developing sectors to ensure the efficiency of their services. This type of targeted automation is also quicker to set up, and is less expensive than a change toward AI innovation projects, requiring long-term investment, the report specifies.
Also read: Top 5 Ways Artificial Intelligence Technology is Transforming the Financial Markets

As the AI ​​market grows and computing platforms are considered to be the fastest, most scalable and least expensive to deal with artificial intelligence workloads. Industry benchmarks should play an important role.

Last year, the MLPerf benchmark stood as a benchmark in terms of competition. All players from Nvidia to Google claimed superior performance on these tests.

In 2020, AI will be an important element of the benchmark marketing strategy, and this segment will only normalize over time.

Forrester faced the dangers associated with the use of artificial intelligence. Some examples of risk disintegration due to large-scale technical monitoring for facial recognition (as is the case in China), filtering out some algorithms on social networks, of “deep fake” videos for face intelligent serialization. Diffusion or algorithmic discrimination.

AI can show an unmatched amount of data (either through real or fake means). Data can present a lack of diversity and reproduce the distinctions of our societies. We could also see the origin of an accident caused by an autonomous car from Uber, for example.

All this, according to Forrester, will not reduce AI investment in companies in 2020. These incident reports will lead to demonstrate the importance and necessity of AI and to be “transparent” in its use. Additionally, AI findings will show areas begging for improvement – all described in the Forrester report.

According to Forrester, the implantation of AI in companies will encourage managers to take necessary measures to facilitate the work of developers in machine learning. For the most part, companies spend more than 70% of their time retrieving all the data needed for the proper functioning of their programs.

Since this past year, the system learning provided as an agency from providers like AWS, Microsoft, Google, IBM, and many others has gained momentum.

As the tendency for AI picks up, an increasing number of business users will rely on those cloud suppliers to fulfill more of the AI needs. Cloud suppliers will allow companies to move from groups of information scientists used internally.

These AI programs include tools like platform providers and DevOps applications.

Businesses who will continue to encourage inner AI initiatives will automate the functions of information scientists so that they won’t have to employ new system learning modelers, information engineers, and service employees. Over time, most information scientists will be recruited mostly by SaaS along with other cloud suppliers.
Also read: What’s the Real Difference between AI and Automation?

Each venture digital transformation initiative relies on the usage of the most acceptable learning versions. The learning models approach necessitates experimentation in actual conditions where AI-based processes examine alternate machine learning models. The ML version will automatically opt for those evaluations and versions that let the desired outcome to be attained.

By the end of 2020, most companies will implement real-life experiments across all business processes, both with customers and in the back-end.

As businesses turn to cloud providers for their AI tools, features such as the recently launched AWS will model eTrizion Studio, and tracking devices. There will be multi-model experience and model-tracking dashboards. All these features will become the norm in 24/7 AI-based models of professional application environments.

Over the decade, AI-based automation and DevOps capabilities will provide a universal best practice for optimizing AI-based business processes.

Neural networks are at the heart of modern AI. In 2020, corporate data scientists’ action plan will begin to incorporate a new methodology based on AI called “Neural Architecture Research”, which aims to automate the construction and optimization of neural networks according to the objectives.

As it has been adopted and improved, research in neural architecture will boost data scientists’ productivity, helping them to make their own models based on established machine learning algorithms, such as linear regression and random decisions. Tree forest algorithm, or any of the latest. And the most advanced neural network algorithms.

AI is becoming an increasingly significant risk factor in business software. As firms confront an upsurge of suits on Profession biases, privacy breaches, and other unfortunate consequences of AI software, legal officials may require complete monitoring of machine learning units to discover how they were assembled, trained, and handled, and how they’re employed in enterprise software.

From the end of 2020, the authorized managers of the majority of businesses will ask their groups of information scientists to document each measure of the system learning procedure mechanically, and also to describe in plain language that the automated inference triggered by every model. During the next ten years, the transparency of AI projects will probably be critical for receiving financing.

Ultimately, it may be safely presumed that, in the next several years, needs for AI-based capacity regulation for many products. We’ll especially observe those products which use personally identifiable information — will grow.

Aside from the growing significance contributed to transparency at the growth of AI, it’s too early to state what the effect of the future regulations is going to be on the growth of the underlying platforms, resources, and technology. 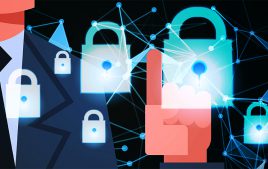 How AI and ML Impact on Cyber Security 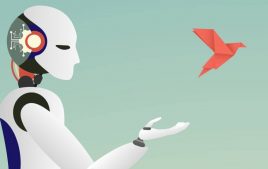