Technology In 2020 what awaits Us

Technology In 2020 what awaits Us

by Raza Hussy — 2 years ago in Artificial Intelligence 5 min. read
2308 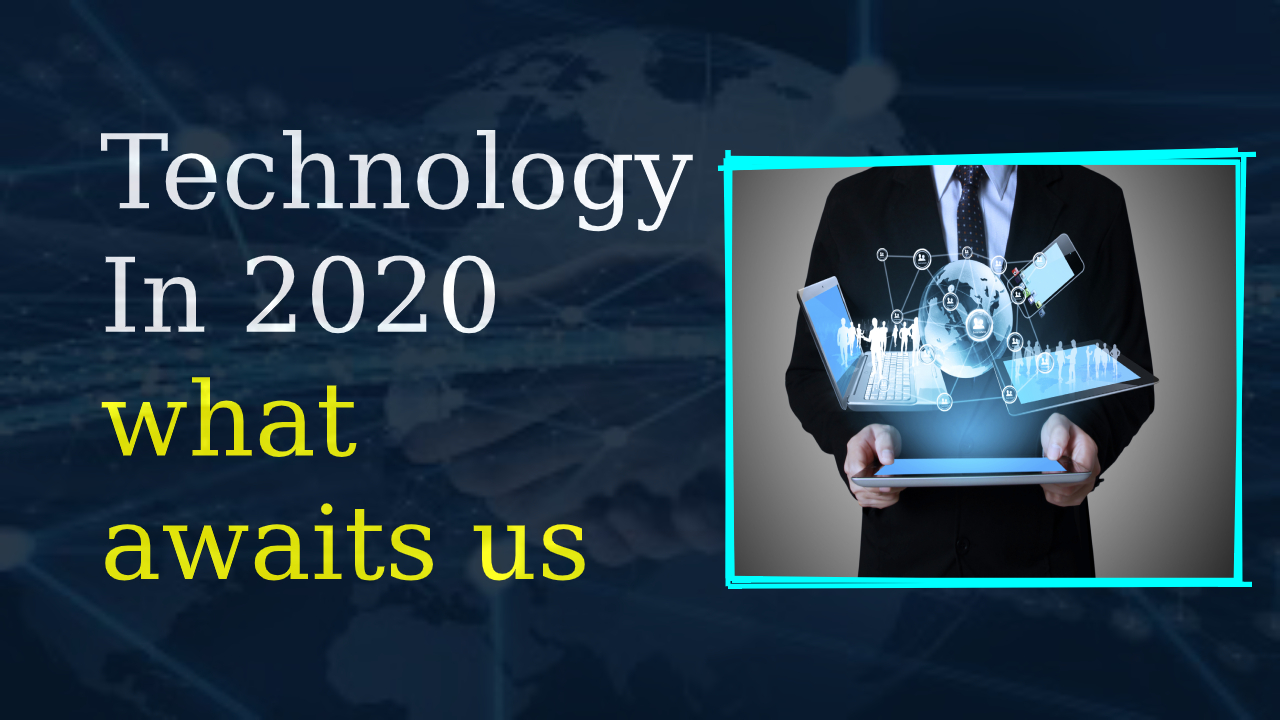 From folding smartphones to the new Sony-Microsoft-Google challenge in the world of video games: here’s what we can expect from the world of technology in 2020.

A new year begins and there are many user expectations on technological devices that we will see in the next 12 months. 2020 should be an important year not only for smartphones, where the explosion of folding devices is expected but also for other sectors, starting from the legal online streaming market.

What should we expect from the tech market for 2020? The year that has just begun will certainly be characterized by the expansion of 5G networks, with all the consequences that may derive from it. For some time, in fact, all experts say that 5G will be “enabling” for other technologies. That is, it will allow other technologies to develop without the bottleneck of a slow and high latency mobile network. But there will not only be 5G in 2020: we can also expect much more, both in the laptop PC sector and, above all, in the smart device sector. Like the ” smart devices ” of Amazon, Google, and Facebook.

Smartphone: what to expect in 2020 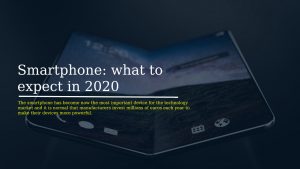 The smartphone has become now the most important device for the technology market and it is normal that manufacturers invest millions of euros each year to make their devices more powerful.

For 2020 a further leap is expected, thanks above all to the arrival of new processors: Qualcomm Snapdragon 865, Kirin 1000 and A14 Bionic, chipsets that we will find on most of the top-of-the-range cell phones coming out during 2020. The increased power provided by the processors will allow you to process a large amount of information in real-time, such as 8K videos, acquire photographs with 100 MP lenses and beyond, manage complex artificial intelligence algorithms. We will be able to see some of these innovations right away: Samsung, Xiaomi, and Huawei will launch their new devices by the end of March. Apple fans, on the other hand, will have to wait a little longer to test the new iPhones: September 2020. Among the news that Apple has in store for its users, there is also the first iPhone 5G.

Folding smartphones deserve a separate discussion. In 2019, the first flexible devices were launched that showed how fragile this market is still. 2020, however, could be the turning point: many companies are investing in this new sector and we could see at least a couple of new folding smartphones, made especially by the most important manufacturers.
Also read: Top 6 Tips to Stay Focused on Your Financial Goals 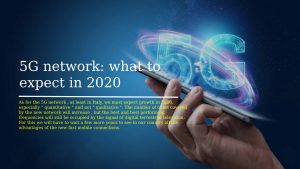 As for the 5G network, at least in Italy, we must expect growth in 2020, especially ” quantitative ” and not ” qualitative “. The number of cities covered by the new network will increase, but the best and best performing frequencies will still be occupied by the signal of digital terrestrial television. For this, we will have to wait a few more years to see in our country all the advantages of the new fast mobile connections.

As for the displays, however, we must divide the forecasts for 2020 into two large market segments: the screens for smartphones, tablets and laptops, on the one hand, and those for smart TVs on the other. We have already talked about smartphones: in 2020 there will be a greater diffusion of these devices. As for television screens, however, we will witness a slow but steady drop in the prices of the 8K models which, at the end of 2020, will still be expensive but less than today. In the meantime, however, 4K will extend to the whole range as well as technologies for the optimization of colors and contrast: from HDR to Dolby Vision.

Smart devices: what to expect in 2020 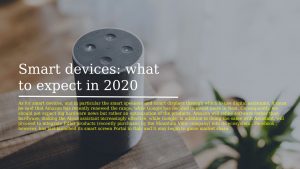 As for smart devices, and in particular the smart speakers and smart displays through which to use digital assistants, it must be said that Amazon has recently renewed the range, while Google has decided to invest more in Nest. Consequently, we should not expect big hardware news but rather an optimization of the products. Amazon will refine software rather than hardware, making the Alexa assistant increasingly effective, while Google, in addition to doing the same with Assistant, will proceed to integrate Fitbit products (recently purchased by the Mountain View company) into its ecosystem. Facebook, however, has just launched its smart screen Portal in Italy and it may begin to gnaw market share.
Also read: Top 9 WordPress Lead Generation Plugins in 2021 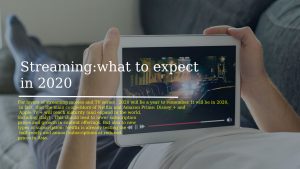 For lovers of streaming movies and TV series, 2020 will be a year to remember. It will be in 2020, in fact, that the main competitors of Netflix and Amazon Prime: Disney + and Apple Tv + will reach maturity (and expand in the world, including Italy). This should lead to lower subscription prices and growth in content offerings. But also to new types of subscription: Netflix is ​​already testing the half-yearly and annual subscriptions at reduced prices in Asia. 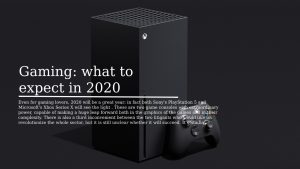 Even for gaming lovers, 2020 will be a great year: in fact, both Sony’s PlayStation 5 and Microsoft’s Xbox Series X will see the light. These are two game consoles with extraordinary power, capable of making a huge leap forward both in the graphics of the games and in their complexity. There is also a third inconvenience between the two litigants who would like to revolutionize the whole sector, but it is still unclear whether it will succeed. It’s Stadia, Google’s online gaming platform which in 2020 will finally show what it’s worth.
Also read: 5 Best Resource Capacity Planning Tools for Teams

The Best Gaming Mouse Technology In 2020 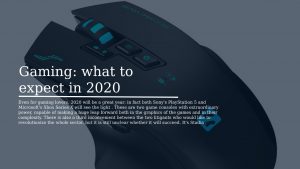 Every Person nowadays Play Gaming I am Saying, Right? There are millions of gaming players who are always looking for new things in every new decade, So In the new year 2020 Gaming Mouse Coming up with new technology Like Button’s new color New design High Speed and faster,  I think In 2020 many of Top Gaming Mouse will be launched.

Raza Hussy is a poet and writer. I really like the way explained each message or article with examples. I have three-year Experience in Search engine Optimization write Fully Google loved the article. I have done a DAE civil engineering with BA.

In our increasingly digitized world, enterprise software applications can..

Artificial Intelligence is not A Future Issue in Factory Mai...

Undiscovered machine failures can be the most costly. Many manufacturing..

The Increase in Demand for High-Performance Computing (HPC) ...

As the world increasingly turns to renewable energy sources to power our homes..

How can AI Count as The Biggest factor Behind Metaverse Grow...

Metaverse’s role in AI involves the integration of multiple technologies,..

Best 3 Tips to Get Returns on AI Investments

We are well past the hype of AI, and it is becoming clear that the..

AI as A Service (AIaaS) Market is Growing

Artificial intelligence as a Service (AIaaS), refers to pre-trained computer..