What Are Data Unions?

What are Data Unions? How do they work? Which ones can I use?

by Sina Sanders — 3 years ago in Blockchain Technology 4 min. read
2693

On its own, our data does not hold much value, but when combined in a Data Union, it aggregates into an attractive product for buyers to extract insights. This is crowdselling, and has the potential to generate unique data sets by incentivising trade directly from the data producers.

In essence, a Data Union allows users to sell what tech giants such as Google and Facebook have been selling successfully for years. The big difference is, individual users have so far not seen any compensation for their data. Users also didn’t have a say in what kind of data is sold and which information they can keep private. Data Unions are here to change that.

Most of the data generated by smart devices is stored in silos by the companies who provide our apps and devices. By making this information more accessible through trade, and incentivising the creation of new data points, an individual data economy can be stimulated and technologies such as those imagined in IoT might be realised.

In this data economy, it is up to the individual to decide which Data Unions are permitted to sell their information. This puts a greater emphasis on privacy, transparency, and user control. Data Unions are the first convenient and scalable way for people to retail their digital information.

Technically speaking, a Data Union is a developer toolbox that can be easily integrated into any existing app. And beyond apps, a Data Union can be integrated into anything connected to the Internet, whether it’s an EV, a fitness tracker or a smart home. Developers can choose what kind of data they would like their users to be able to sell, and offer them varying levels of privacy options. Once the Data Union is set up and users agree to selling their data, they instantaneously start earning DATA coins. Users can redeem the coins via, for instance, free services from app providers or exchange into fiat or other cryptocurrencies on any major exchange.

Why crypto payments? If a million people join a data union, it becomes technically impossible to pay each one of them through the existing fiat banking systems. The amounts that are paid per data points shared are small. Rather, it’s the sum of a big data set that eventually makes it valuable. Therefore users will receive a couple of cents per data points shared.  Remunerating users is much easier via cryptocurrency, where permissionless payments can be made instantaneously.
Also read: Blocked On Snapchat: Figure Out What-To-Do, The Fixes, and FAQs

What’s in it for app developers and business owners?

As a developer who’s integrating a Data Union into their app, you become the Data Union’s administrator. That means you can take a cut of the money that your users make selling their data. Or you can offer your users free or premium access if they share their revenue with you.

An app is built that receives user data, either directly by an SDK, or from a 3rd party ecosystem via an API. The app allows individuals to opt-in to send the data they choose, through the Streamr Network, to a Data Union where it is processed and bundled together with others’ data for sale on the Marketplace.

A Data Union can be configured to capture all kinds of data. But the best target is still for a specific niche. Netflix could commission an app that lets users capture and sell their streaming data. Users get paid for their data and the company gets real-time insights into viewer trends to inform decisions on the kind of shows to commission.

The first Data Unions are already up and running, and  users are earning money right now. One of them is called Swash. It’s a browser extension that lets users sell their Google search history, their Amazon shopping list or which YouTube video they’re watching right now. Users can select their own privacy parameters and an additional delay of several minutes. Then, the data is sent to the Streamr Marketplace where it is bundled up with data coming from all the other Data Union members. On the Streamr Marketplace, data buyers can discover different data packages and subscribe to them.

In the first month since release, before the actual Data Unions feature has shipped, and with zero advertising, Swash has attracted around 1000 users organically, indicating that there is real demand for products that use Streamr’s tech stack to build unique ways to reward users for their data.

Selling user data in an ethical and privacy-conscious way is possible. In the case of Swash, gaining user consent and respect for privacy is built right into the business model. Jumpshot’s recent closure shows that the era of exploiting people’s data is over. Jumpshot, a subsidiary of the anti-virus software Avast, sold data subscriptions to companies such as Google, Microsoft, Unilever and McKinsey. Jumpshot made millions of dollars. This was deeply private data covering user web browsing habits, collected through Avast. All of this was done without overt user consent. Apps like Swash offer a revolutionary model for an industry mired in scandal. Now is the time for companies to engage with the idea of Data Unions and build a new data economy. 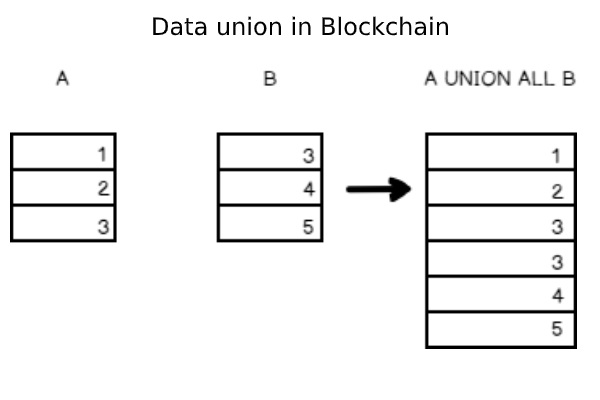 Blockchain design is essentially a form of database that is optimized for laser-based use cases. Blockchain ledger databases are distributed across multiple devices. … As a result, shareholders may have a wider reach than is typical for traditional database systems.

How to get started? 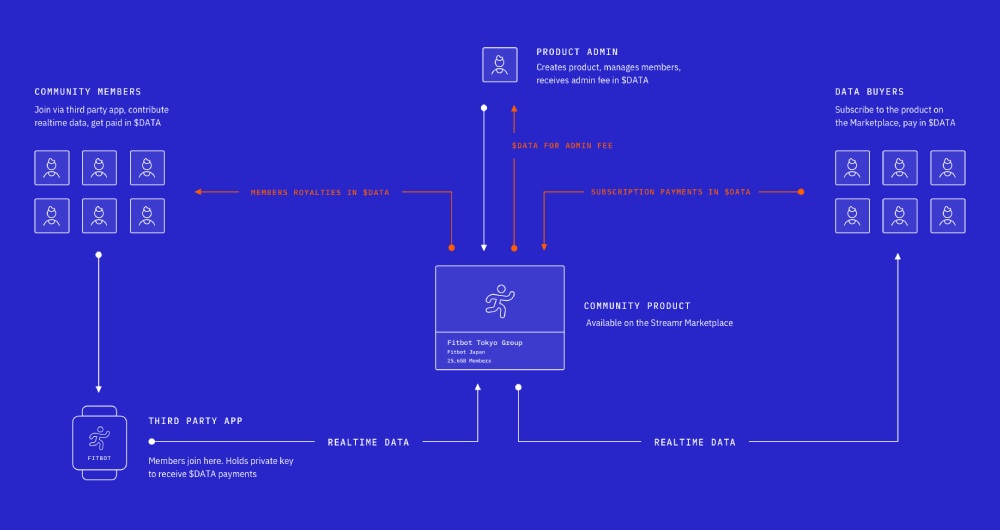 The Data Union framework is still in its beta phase and will be fully launching later this year. But, you can already start building and integrating it into your existing stack. Learn more about the future of the data economy here.

Sina Sanders is a copy writer and marketing specialist with an interest in emerging technologies. She studied Marketing and Mass Communications at the Kansas State University.