What Is Blockchain Technology: Architecture, Uses, Myth And Future Of Blockchain 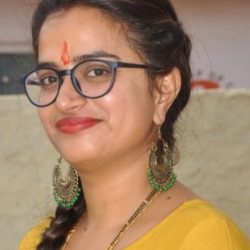 by Anjula Jangir — 3 years ago in Blockchain Technology 6 min. read
3160

BLOCKCHAIN can be defined as a chain of blocks that contains information. In this technique documents are in digital format so that it’s not possible to backdate them or alter them. The purpose of blockchain is to solve the double records problem without the need of a central server.

The blockchain is used for transfer of items like money, property, contracts, etc. and it is secured. It does not require a third-party like bank or government. Once data is recorded inside a blockchain, it is very difficult to change it.

The blockchain is a software protocol (like SMTP is for email). However, Blockchains could not be run without the Internet. It is also called meta-technology as it affects other technologies. It is comprised of several pieces: a database, software application, some connected computers, etc.

Sometimes the term used for Bitcoin Blockchain or The Ethereum Blockchain and sometimes it’s other virtual currencies or digital tokens. However, most of them are talking about the distributed ledgers.

What Blockchain is NOT!

Blockchain is not Bitcoin, but it is the technology behind Bitcoin.

Let’s study the Blockchain architecture by understanding its various components:

What is a Block?

A Blockchain is a chain of blocks which contain information. The data which is stored inside a block depends on the type of blockchain.

For Example, A Bitcoin Block contains information about the Sender, Receiver, number of bitcoins to be transferred.

Who is Using Blockchain Already

Bitcoin is the most well-known example of blockchain technology, but it is joined by a growing number of early adopters. For example, Google, Goldman Sachs, Visa, and Deloitte are investing in blockchain projects. And businesses working on blockchain based services include:

Step 1) Some person requests a transaction. The transaction could be involved cryptocurrency, contracts, records or other information.

Step 2) The requested transaction is broadcasted to a P2P network with the help of nodes.

Step 3) The network of nodes validates the transaction and the user’s status with the help of known algorithms.

Step 4) Once the transaction is complete the new block is then added to the existing blockchain. In such a way that is permanent and unalterable.
Also read: Best ecommerce platform in 2021

Why do we need Blockchain?

Here, are some reasons why Blockchain technology has become so popular.

Resilience: Blockchains is often replicated architecture. The chain is still operated by most nodes in the event of a massive attack against the system.

Time reduction: In the financial industry, blockchain can play a vital role by allowing the quicker settlement of trades as it does not need a lengthy process of verification, settlement, and clearance because a single version of agreed-upon data of the share ledger is available between all stack holders.

Reliability: Blockchain certifies and verifies the identities of the interested parties. This removes double records, reducing rates and accelerates transactions.

Unchangeable transactions: By registering transactions in chronological order, Blockchain certifies the unalterability, of all operations which means when any new block has been added to the chain of ledgers, it cannot be removed or modified.

Fraud prevention: The concepts of shared information and consensus prevent possible losses due to fraud or embezzlement. In logistics-based industries, blockchain as a monitoring mechanism act to reduce costs.

Security: Attacking a traditional database is the bringing down of a specific target. With the help of Distributed Ledger Technology, each party holds a copy of the original chain, so the system remains operative, even the large number of other nodes fall.

Transparency: Changes to public blockchains are publicly viewable to everyone. This offers greater transparency, and all transactions are immutable.

Collaboration: Allows parties to transact directly with each other without the need for mediating third parties.

Decentralized: There are standards rules on how every node exchanges the blockchain information. This method ensures that all transactions are validated, and all valid transactions are added one by one.
Also read: 5 Best Resource Capacity Planning Tools for Teams

Blockchain Technology is used widely in the different sectors as given in the following table.

Important Real-Life Use Cases of Blockchain

In the year 2016, smart Dubai office introduced Blockchain strategy. Using this technology entrepreneurs and developers will be able to connect with investor and leading companies. The objective is to implement blockchain base system which favour’s the development of various kind of industries to make Dubai ‘the happiest city in the world.’

Incant is CRaaS (Consumer retention as a service) based on the Blockchain technology. It is a loyalty program which is based on generating token for business affiliated with its related network. In this system, blockchain is exchanged instantaneously, and it can be stored in digital portfolios of user’s phone or accessing through the browser.

In January 2017 the united nations world food program started a project called humanitarian aid. The project was developed in rural areas of the Sindh region of Pakistan. By using the Blockchain technology, beneficiaries received money, food and all type of transactions are registered on a blockchain to ensure security and transparency of this process.
Also read: Top 5 Automation Tools to Streamline Workflows for Busy IT Teams

What the Future Holds for Blockchain

Blockchain is an emerging technology, so predictions are still mixed about its potential.

In a TechRepublic Research study, 70% of professionals who responded said they hadn’t used blockchain. But 64% of said that they expect blockchain to affect their industry in some way, and most predict a positive result.

A recent Trend Insight Report from analyst firm Gartner made the following forecast:

“We believe that blockchain technology will be transformative in the tech and IT sector in the coming years, similar to what the internet did for the world back in the 90s and early 2000s,”  said John Zanni, President of the Acronis Foundation, in Forbes. “Today, part of our storage and backup software lets users notarize any digital data and put that fingerprint on the blockchain to ensure it can’t be tampered with.”

Do you have the right IT and technology team in place at your company? Learn more about York Solutions’ unique IT resources.

Anjula jangir is a teacher and content writer. Her passion for helping people in all aspects current technology, health, fitness and wellness and also in self-development. Her latest work on all these topics for students and for those people who want to stay healthy and develop something new in themselves.