What's Ahead For Cryptocurrency?

by Lucy Miranda — 3 years ago in Blockchain Technology 4 min. read
2452

When people all around the world were introduced to the concept of paying money through their plastic credit and debit cards, it felt like that was the only upgrade that we would get to see.

But, we stood corrected at the time when the world introduced to everyone else the concept of cryptocurrency otherwise also known as the Bitcoins.

For all those of you who are hearing of this term for the first time, let us tell you that Cryptocurrency is just another form of digital money which is better than using your traditional money spending ways.

I describe Bitcoin as “a digital version of gold” eGold
ArifNaseem

Confused? Well let’s start by making things clear. The one defining aspect that sets Cryptocurrency different from our government monitored money kept in banks is that unlike spending small amounts to middle agencies like banks when you need to transact or pay, cryptocurrencies are free of any such aspects.

This majorly is possible because rather than working on the Government norms, the Cryptocurrencies work on the concept of Blockchains, which is completely decentralized.

Now, imagine if we all had invested and owned some percentage at the time when Cryptocurrency was just introduced, how ahead we would have been in terms of digital technology!

So, for all those of you who are wondering whether or not it is advisable to invest in Cryptocurrency at all, let us begin by giving you a few predictions about the future of Cryptocurrency and Bitcoinglobally.

Predictions or Future for cryptocurrency Users

Transition from normal money to Cryptocurrency will be effortless and easy

As much as all of us would like to assume that the transition of people using normal bank money to using digital cryptocurrencies will seem taxing and painstaking, the truth in fact is that knowingly or unknowingly we have already shifted into the mode of using it.

The beauty of it all is such that people have probably even started using it but without knowing it at all.

And, this is exactly how efficient and easy it is to use Cryptocurrencies. In the future with more and more agencies using the format of Crypto money, will mean lowering down of additional costs and redefining the user experience on the whole.

The most successful and headstrong industrialists have already predicted that once the crypto market takes over the markets globally by the year 2020, the industry will hit the target of being some $1 Million strong.

Which means that slowly and gradually all the other currencies such as Dollars and Rupees will no longer be needed and people globally will get comfortable with transacting through Cryptocurrencies and Bitcoins.

Just like in the current times people invest their money by buying Gold nuggets, in the coming months Cryptocurrencies will become a form of investment for most common people.

With people gradually moving to the concept of payment through a zero cash mode, by the year 2030 all cash based transactions will have completely nullified. If market trends are to be believed, by the year 2030 it is also viable that Cryptocurrencies will in fact, take over all other Fiat currencies.

Most Government agencies to adopt the Blockchain technology

A rather bold future predicament for the Cryptocurrencies is that gradually mostly all Government based agencies will also adapt to the Blockchain technology which is not only better but more hassle free and convenient.

It will soon mean that the Blockchain technology will manage all the cash flows and transactions without there being any third party liaisons such as financial institutions like banks.

Merger between Cryptocurrencies and Internet of Things

The world is already familiar with the concept of the internet and the other devices which work on the format of IoT. Now, it will only be a matter of time until when the two major giants which are the IoT and the Cryptocurrencies will merge and join hands.

What this means for the day to day users is a more defined framework and systems for money management through all those devices that are interconnected with the IoT. This eventually also means more efficiency and transparency.
Also read: 10 Business-Critical Digital Marketing Trends For 2021

Tradings based on Cryptocurrency exchange

Right now, the entire globe conducts tradings based on cash transactions. With the rate and value of Cryptocurrencies increasing, it is only a matter of time until trading enthusiasts will start trading in return of Cryptocurrencies.

As of now Bitcoin is the strongest form of Cryptocurrency and with more such currencies making way, it is bound to happen that sooner or later the value of each one of them will surpass Fiat currencies and will soon make them completely obsolete.
Also read: Best 10 Email Marketing Tools in 2021

The disruption of Banking and Financial Industries

At the moment all Banking and Financial industries are working on the cash and Fiat currency transactions. As and when the Cryptocurrencies will take over globally, it will mean that most banks will also see a major disruption. Instead of operating standard savings or checking accounts, banks will provide a provision to people to operate Cryptocurrency accounts.

Instead of normal debit cards, people will be given Cryptocurrency debit cards, and last but not the least, ATMs which once stocked money will soon dispense Cryptocurrencies such as Bitcoins, Ethereum and Litecoin instead.

Rather than waiting for days just to transfer a substantial amount of money to someone in need,  with the help of the Blockchain technology and the dispensing of Cryptocurrency, you will now be able to transfer Cryptocurrencies almost instantly.

And, the best part of this is that along with the process being safe and fast, it will also save you the additional fee that you need to pay to most financial institutions. 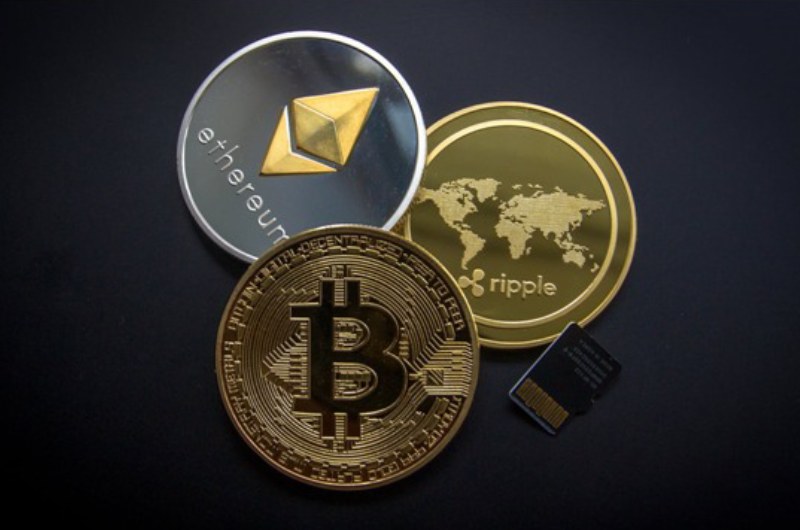 What more of a sign would one need than the fact that after the success of Bitcoins, there are newer Cryptocurrencies that are underway. Currencies such as Litecoin and Ethereum are already under production under the initial few Blockchainumbrella.

All these facts that have been clearly pointed out only go to show that Cryptocurrencies and the whole Blockchain technology is something that is here to stay. The one important thing to keep in mind however is that just like our Fiat currencies, the Cryptocurrencies will also be volatile in nature

Lucy Miranda is a writer and editor at GoDissertationHelp, that provides Dissertation Writing Services. She is devoted to her family, work and friends. She is News Enthusiast and a Bookworm. She loves Swimming and dancing too. She is interested in educational, marketing and blogging issues.