What Is Gaming In Metaverse? 7 Best Metaverse Games To Try (#1 is played by millions of YouTubers)

The world is steadily shifting from PC and Xbox games to Virtual Reality (VR) games.

And with the tweaky-inception of Metaverse, many game development firms like “Epic Games” and global leaders in artificial intelligence hardware and software companies like “Nvidia” have been making VR-based games to pioneer this ‘new universe’ and be early movers in the metaverse realm.

Tell me, have you played any best Metaverse games yet?

Nope… no need to be sad.

In this blog, I have mentioned the seven best metaverse games to play (now and in the future).

And I bet you would not be depressed, indeed, you get super excited to try these best metaverse games.

But first, let’s look at the things you require to play metaverse games.

Four Things Required To Play Games In The Metaverse 😐

Metaverse is depicted exactly like Earth (with amazing stuff and places to try) where you can travel, attend events, and play games with friends.

But you would require many things to access the metaverse to spare yourself in the wilderness of this next-generation universe.

In the context of metaverse gaming, you’ll need the following:

This is an important accessory to play games in the metaverse.

A virtual reality headset prep visualization of the metaverse existence. The stuff of metaverse gaming would be visible through a headset.

You can go with the Oculus Quest headset which is a great VR headset for metaverse gaming and is deliberately considered by top brands and youtubers.

The real fun of metaverse gaming can only be affirmed in PC tact with good specifications such as a high-end graphic card, adequate processing speed, and advanced motherboard.

The metaverse is just a virtual space and can be accessed within a computer-generated environment. The need for a VR headset is optional, meaning it is for getting an immersive experience and making the most of it. It is not a crucial requirement to have both.

Gaming in the metaverse involves the next-generation transaction method and thereby to purchase items or give a fancy avatar to your character, you will need a blockchain wallet.

But this is not the case at a micro level. You will only need a blockchain wallet in the metaverse games that involve the use of cryptocurrencies or digital money.

Well, gaming in the metaverse required a fastest internet connection, say 4G or 5G would be a winning perk.

It is not like offline games, it is like Valorant and Fortnite that require constant stable connection to play.

The interactions and metaverse’s inner-world subject required speedy connection to alter the activity at the right time.

Enlist these requirements on a prior basis to get advantage playing games in the metaverse.

In this section, I’ve pointed out the 7 best metaverse games to try in 2022.

These games are highly played by a number of YouTubers across different continents.

Tell us which metaverse games you arguably loved the most.

Number of users: More than 173 million

Developed by Mojang Studios, it is a fun, role-playing, and survival game played by students above 13 years old. The game is also used in many schools to teach students about development, the environment, and studies of natural things.

Besides this, making it the No.1 game in the genre of metaverse gaming. It has a dedicated marketplace let you buy items to build conduit in Minecraft.

Developed by Roblox Corporation, is the most popular metaverse game of the year 2022. It is available for Windows & macOS, iOS, Android, and Xbox One.

Roblox is an online game creation system where a large number of gamers deploy games and play games created by other users.

Number of users: more than 4 million

Many experts utter their words on the debate of ‘whether Fortnite is a real metaverse game or not’ and after years of conclusion the answer buckled with the statement “the real metaverse already exists and it’s called Fortnite”.

Fortnite is a champion in the metaverse gaming because it has incredible graphics and mind-blowing missions. Besides, the community invites players to attend, listen, and pop with branded celebrities like Marvel, Aya Nakamura, and others.

The sandbox is not just a game, it’s a platform of a second-life living in a way players dreamed of in their casual schedule. Generally, the land is a piece of a sandbox that represents the next-generation platform ‘Metaverse’, providing access to really cool content as well as a significant opportunity to earn money.

The sandbox metaverse has partnered with big brands such as Snoop Dogg, The Walking Dead, Adidas, The Smurfs, and much more. Players can trade easily on the sandbox marketplace using next-generation technology blockchain.

Horizon Worlds, owned and developed by Meta, is the best metaverse to play games, attend celebrities’ live shows, host your own party with friends, and whatnot.

Use Oculus to enhance the virtual reality experience. Players can invite their families and other players to a party, DJ’s concert, and an AW fest.

Number of users: more than 3 million

Released in 2018 by a Vietnamese start-up Sky Mavis, Axis Infinity is played by a number of players from 100+ countries.

Axie Infinity is similar to Pokemon TV serial cartoons but with advanced gaming and characteristics as players can breed, raise, collect, and trade. The game features a number of unique Axies with unlike powers and rewards.

This metaverse game embarks you in a new adventure world with heaps of fantasy Axies to battle with other players to win great rewards. You can buy land on metaverse and build homes for your fantasy creature, enhancing them according to the resources on the platform.

Illuvium is a new metaverse platform developed by CEO Kieran Warwick (not yet publicly released). The game rectified the theme of “Fight for ETH” which is a AAA gaming metaverse on the Ethereum blockchain.

Play-to-earn in a graphically-rich sci-fi adventure where the player will hunt for an alien-like creature called illuvials and that too in an alien landscape, capture them using shards, and sage them back to health. Also, you can fuse and merge to obtain a new creature (required three of the same illuvials).

The stronger and rarer illuvials are – the higher their trade value (ETH) becomes.

Key Pioneers and Movers in the Metaverse 👇

Many companies are stepping into the Metaverse gaming to populate players and other commodities to experience the verge of virtual technology to earn billions of dollars.

Here are some key pioneers and early movers in the context of best metaverse games. 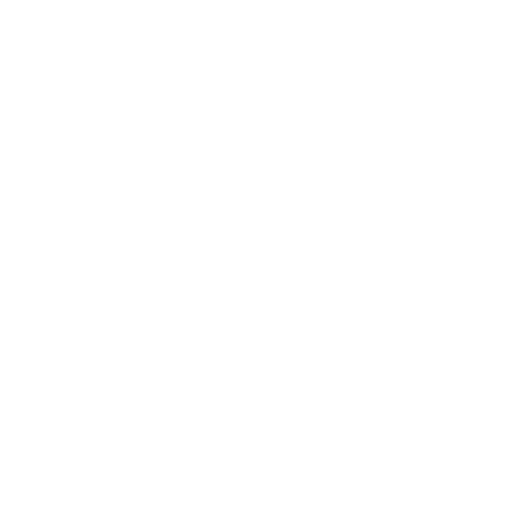 Nvidia is secretly working towards Metaverse through its significantly Nvidia Omniverse ™ strategy. According to the sources, the company is planning to connect Siemens Xcelerator, the open digital business platform to transform industries by providing a virtual world where people can interact and collaborate to solve real-world problems. Yes, this could be an edge for the Nvidia community to embark on their first foot on Metaverse gaming.

For those who forget, Niantic is the intelligent software development company best known for aggregating the world with the augmented reality (AR) mobile game Pokemon Go. And now the company plans to take on Meta’s courtesy with its arguably AR tweaks. Reportedly, the CEO of the company stated that they are on the verge of building a future where the real world is overlaid with digital creation and other thrilling sets.

Epic Games is the heart of PC gamers as they thrive on exciting precision games with the players every time with immersive experiences. In recent media coverage, the company is in a long-term partnership with the LEGO group to shape the future of the metaverse. The agenda behind stepping into the metaverse is generally because of the competition. Also to achieve the visionary vision of “building a safe and fun digital experience for children and families”.

Other than Nvidia, Epic Games, and Niantic, there are several companies edging their efforts into Metaverse gaming. Those are Microsoft, Roblox, Meta, and Apple.

What are metaverse games?

Metaverse is not an actual (real) existence of a world, it’s created using digital technologies that are connected and this connection refers to Metaverse made up of multiple apps and games that can be accessed by use of defined technologies like your avatar.

How to play metaverse games?

Just a few requirements are needed to play metaverse games. Those are a stable internet connection, smartphone or PC, headset, and blockchain wallet.

What games are available in the metaverse

Though metaverse is an augmented reality-based experience, there are not many games developed for metaverse but some popular best metaverse games accessible are the sandbox, Fortnite, Roblox, and Horizon Worlds.

Can I earn money while playing games on the metaverse?

Yes, there are some play-to-earn games you can play on the metaverse platform. Names include Sandbox, Axie infinity, Decentraland, and second life.