6 Innovations That Will Change The Way We Live

6 Innovations that will Change the Way We Live 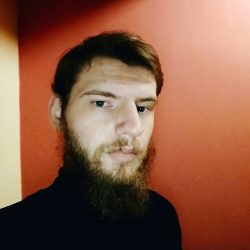 It is safe to say that the twenty-first century has been a time of innovation and creativity. Thanks to technological growth, we can enjoy better healthcare and additional ways of entertainment. Our grandparents used to dream about what we have now.

Innovations such as cryptocurrencies, self-driving cars, and voice assistants are only a few examples of incredible advancements that have the potential to change the way we live. If you would like to learn more about the technologies of the future, then read on!

6 Innovations That Will Change the Way We Live

The experts at buy bitcoin worldwide say that this innovative technology has changed the way people think of money. On top of that, it comes with many benefits, such as being able to transfer money around the world in a matter of seconds.

The most popular cryptocurrency in the world is Bitcoin, but there are many more that are worth taking a look at, such as Dogecoin or Ripple. If you would like to know more about cryptocurrencies and how they work, there are hundreds of guides out there that you can make use of!
Also read: Best Oculus Quest 2 Accessories To Bring Home (Its Upgrade Time For Meta Quest 2)

Alexa and Siri are the most popular voice-activated assistants in the world. They allow us to control devices, manage our schedules, and order products, among other things. However, they are just the beginning.

The main reason behind this is that voice recognition software has become significantly better in the last few years. For instance, thanks to far-field technology, Alexa is able to recognize your voice if you are standing far away from your smart speaker or playing music.

In addition to that, companies are making huge efforts to improve their voice assistants. For example, they are very keen on investing in improved natural language processing engines. Consequently, voice-activated assistants will be able to understand commands a whole lot more accurately.

The next big thing in information technology is quantum computing, a technology that lets processors do complex calculations much faster than traditional ones.

Quantum computing seems like the perfect solution to a problem that has been bothering scientists for years. How can humans build a computer that can easily handle millions of calculations simultaneously?

That is where quantum computers come in. With a quantum computer, humanity would be able to create an AI that is smarter than humans and solve scientific problems that scientists have not been able to solve just yet.

Humans have used a variety of building techniques to create houses that would be able to provide their inhabitants with protection from nature and wild animals. They used quite a few types of materials to build these houses, too, ranging from clay and stone to wood.

However, 3D printing has made it possible to utilize completely different materials to build houses. For example, it might allow us to use recycled construction waste and minerals. In addition to that, it speeds up the process of building and allows for building a huge house in just a few days.
Also read: Top 10 Job Search Websites of 2021

Thanks to state-of-the-art technologies and experiments involving autonomous vehicles, self-driving cars are no longer a fantasy but a reality. There are skeptics who claim that self-driving cars may never replace regular cars, but it seems like they might be wrong.

Virtual reality might not make you think about your day-to-day life at first sight, but it has already changed the way people play video games forever. It has become an invaluable tool for scientists, as they can use it to better understand how certain diseases work.

However, virtual reality is still far from its full potential, and soon enough, it might become the next big thing for entertainment and our education system.
Also read: iPhone 14 Pro Max Is Apple’s New iPhone To Be Launched In September (Know The Release Date, Specification, Rumour & More)

In conclusion, there are quite a few innovations out there that might change the way humans live in the near future. For example, everyone might be able to own a self-driving car in just a few years, and a few cryptocurrencies might soon replace fiat money.

If you feel like it is not possible, then think again! After all, computers took the world by storm in just a few decades. Why should other innovations be unable to do something similar? It is not going to be a bad thing, either. Your life will simply become easier!

Przemysław was always interested in new technologies. His primary focus is to create high-quality content on all things tech and inform other people about the benefits of various inventions. He loves to spend the evenings reading a fascinating book or watching a documentary on TV.