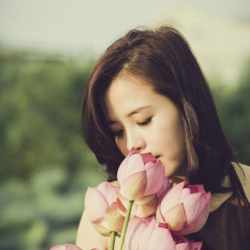 Radio has played a very important role in our lives. It has been the first mode of communication that was able to communicate with a larger audience at a time. The history of digital technologies of radio technologies has its roots in the early 18th century.

Radio technology is the transmission and detection of the communication done via electromagnetic waves. These waves travel in a straight path and get deflected after hitting an ionosphere.

You all know how digital technologies have changed our life. Initial there was picture tube technology in television, but now you are using LED-based TVs. But there have been no drastic changes in the radio technologies what’s so ever. The radio uses the same method that has been used since its invention. Yes, the quality of communication has improved. But that’s the only part that has changed.

Interestingly, there have been several doubts regarding the invention of the radio. But it was Nicolai Testa who first demonstrated the wireless device in 1893. Then it was not valued and the demonstration was falsely accused of misleading the folks. But the time has witnessed what valuable things Tesla showed that day.

The first radio communication was demonstrated to be Nicolai Testa in the year 1893. The demonstration was done in Missouri. It was the Italian Guglielmo Marconi who was later awarded for the credit of creating that piece of equipment.

After all, Maroni was awarded for creating such a device capable of sending and receiving the radio signals. He later on patent that device under his name.

Six years after, it was the first time when he was successful in transmitting the radio signals across the Atlantic oceans.

And this successful transmission, the evolution of radio technology has stopped to some degree. As for AM and FM frequencies, they have been doing their work of transmitting the radio waves for communication.

These AM and FM are the short-wave frequencies that are used worldwide for making radio calls. For example- you may see police officers carrying walkie talkie, those kinds of devices are the prime examples of AM and FM frequency-based devices.

The market now has started shifting shapes. With the digitalization, radio technology is now in the move for the first time since the past few decades. Even the federal government in the U.S. has also started taking its measure to further progress the radio technology.

Last year, it has been confirmed that the federal government is partnering with the iBiquity, for creating HD quality audio for the radio listeners.

However, you may think that technology will change the outcome of the radio broadcast. No that’s not how this technology I going to work. For the time being the new technology is going to work hand in hand with the AM and FM frequencies.
Also read: 10 Best Chrome Extensions For 2021

The problem with the conversion is the current circumstances of the people where many f them do not have any radio devices, to begin with.

So, how exactly the current circumstances can work? Well, it is quite simple, the radio station has to create a digital signal and need to run alongside the traditional radio signal simultaneously. This way both the work will not stop and the people will be aware of the new radio technology. And will be prepared for that in the near future.

Along with that, the wire 5G technology can also be used for making the digital content that can be streamed and the radio stations.

How does the concept of selectivity and sensitivity can help with radio technology?

Very high frequency is easy to detect and is easy to communicate with. As the band is wide, it is easy to track down the signal. On the other hand, frequency-modulated communication must be received on full bandwidth. So as to improve the quality of the sounds for communication.

When it comes down to the radio transmission, selectivity and sensitivity are very important. As selectivity helps you with the right selection of the radio channels for the communication and the sensitivity determine the quality of audio that is being transmitted to over the transmission.
Also read: How to choose The Perfect Domain Name

But since its invention, it has hardly progressed in the technological department. However, 2020 is different. With the digitalization of the world, radio generation has also decided to take a step further with their radio transmission and are now planning to share digital content on the radio transmission.

Ariana Smith is a passionate blogger. She loves to share her thoughts, ideas and experiences with the world through blogging. Ariana smith is associated with contentrally& thedailynotes.