Top 5 Upcoming Technology That May Change The World

Top 5 Upcoming Technology that may Change the World

Technology is ever-evolving. People are making groundbreaking innovation and tackling world issues that are making our lives easier. In this article, we will discuss the

All the technology which we have mentioned in the article has the potential to change the world that we live in. It can revolutionaries how we travel, it can change our health care system and even how we work.

Top 5 Upcoming Technology that may Change the World

So without any delay let’s get started. 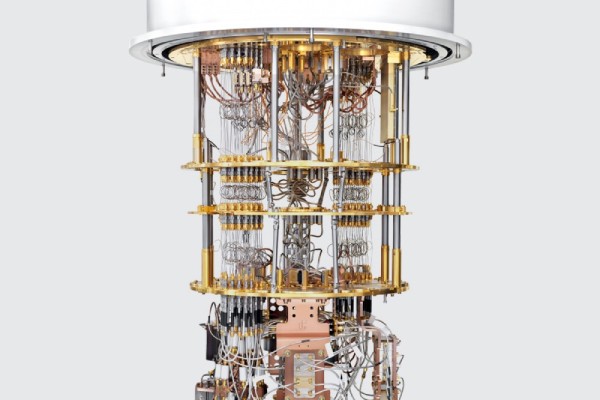 The first technology that we have in our list is Quantum computer’s.

Computers are the reason why humanity has achieved so much in the last few decades. Whether it is research, space exploration or technical advancement without computers, nothing would be possible.

In the last few years, we have not only reduced the size of the computers. But we have also increased our computers’ computing power; for example, modern smartphone phones have 100 times more computation power than the military computer built 50 years ago.

Companies like Google, IBM and Intel are using quantum physics principles to make such computers, which is why they are called Quantum Computer.

The simple working model of Quantum computers have been successfully made, and we are using them to solve some small calculations.

How do Quantum computers work?

The computers that we are using right now such as Desktops, Laptops, Smartphones or Tablets are also known as Binary Computers because all the functionalities of these gadgets are based on the binary number 1 and 0.

On the other hand, Quantum computer uses quantum bites or Qubit to do computations. Qubit has some extra function which you don’t get in bites. In the case of the bite, information either exists in 0 or 1 but in Qubit, information can be at 0 and 1 stage simultaneously, which is why a Quantum computer can solve complex mathematical solutions so much faster.

Quantum computer can revolutionize the society we live in from Finance, Defense and health care, and I don’t know about you but of all the Top 5 Upcoming Technology That May Change The World in this list, I am eagerly waiting about this to become a reality someday. 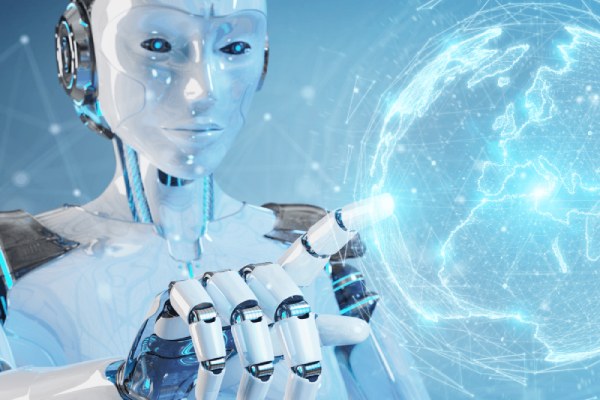 You may have heard about AI or artificial intelligence and believe it or not, but we are currently using AI on your smartphones in software such as Google Maps and Google Voice assistance.

How does Artificial Intelligence work

AI and his ability to automate millions of jobs worldwide have consistently been in the headline in the past few years, yet many people are confused about what AI precisely is? How does it work? And what it means for our future?

To understand AI, It is helpful to first think about human intelligence.

We can break down Human intelligence into specific categories like, think of our five senses. We use them to perceive our world, for example, if you are sitting on a beach, you might see various similarly shaped and coloured objects that you recognized and lable them on the bases of what they are.

You may see some people in the distance laughing and conclude that they are having a good time. You may also feel a piece of trash under your foot and decide to throw it in a nearby dustbin.

In each of these examples, you use a different category of your intelligence to make conclusions and decisions based on your perception and thoughts.

Artificial intelligence also works similarly like this. AI is a subject within computer science that tries to replicate and improve human intelligence by mimicking it using a computer program.

Now think how you might create artificial intelligence using the example that we talked about. Could you train a robot to detect an object that it could perceive as trash and the collect it and put it into a trash can.

If you did, then you will be creating a robot that uses multiple forms of human intelligence such as patter recognition the robot seeing an object and recognizes it as trash or robot navigating the beach and avoiding objects to move towards trash.

Human beings cannot work 24×7 but an AI machine can work that much without taking any breaks.

Humans make mistakes, but on the other hand, the computer does not so if we use AI, there will be a reduction in error caused by humans.

AI is powering many inventions in almost every domain which will help humans solve complex problems.

One of the most significant advantages of artificial intelligence robots is that it can do the riskier task for us that includes: Going to mars, defusing bombs, mining for coal or even exploring the deepest parts of oceans. 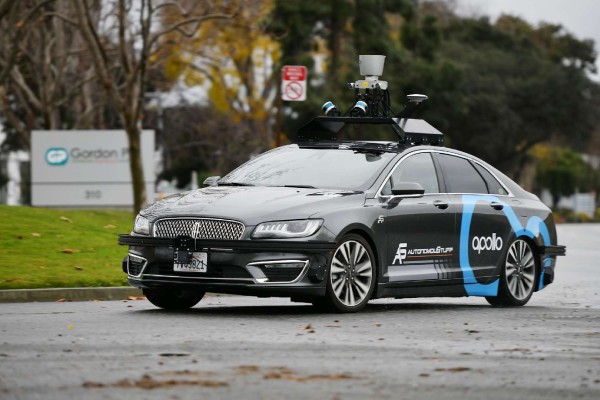 You all know about self-driving cars and thanks to Tesla we now have self-driving vehicles on the road but what’s been done so far is only the tip of the iceberg.

Do you know that there are different levels on self-driving automation, and the goal of these companies is to achieve level 6 automation.

Automotive Companies are working hard to make a self-driving cars a reality and big companies like Mercedes and BMW have announced that they will launch self-driven cars in the market by the year 2024.

All self-driving cars would be electric which is good for the environment.

According to a study, an average metropolitan driver spends around 40 hours a year stuck in a traffic jam. Once a self-driving vehicle becomes reality traffic jams will disappear.

The number of road accident has reduced significantly since the 1970s, but still each year there are 1.35 million people killed in a road accident, and once self-driving cars are on the road number it is expected to reduce by 90%.

As self-driving technology is new and there are hundreds of components used in them such as camera, radars and sensors that the reason why the self-driving vehicles can cost more than a premium vehicle that we have now.

As self-driving cars are stuffed with electronic equipment, they are challenging to produce on a large scale.

How does Self Driving Cars Work

Self-driving cares use sensors like Sonar, Radar, Camera’s and LiDAR, which gives the car a 360° view.

Cameras record’s the surrounding of the self-driving cars and detected various signs on the road and the color on the traffic light, and then sends this optical information to the car’s processor.

Then self-driving cars use the radar and sonar to detect the other vehicle and their speeds and then send this information to the car’s processor.

LiDAR is considered to be the eyes of self-driving cars. It is placed at the top car. LiDAR rotates and sends laser pulses every second. Once the pulse gets reflected on the object, the LiDAR then makes a 3D image of the surrounding and sends that information to the processor.

Once the processor received all this information from the Radar, Sonar, Camera, and Lidar. It processes all that information together and then passes that data to the AI system of the car.

AI system is the car’s actual brain, and it controls the steering wheels, accelerator, and breaks of the vehicle. 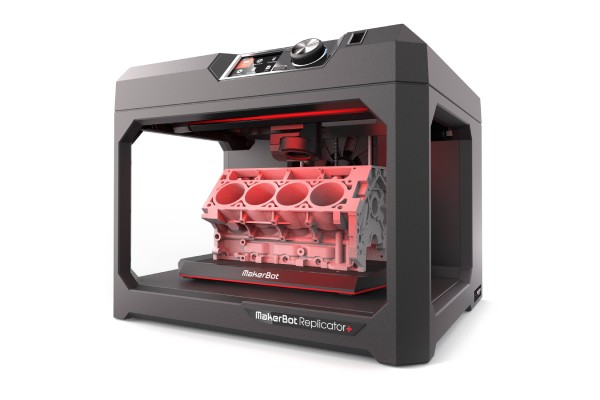 Do you know what company and organization like Boeing, NASA and Volkswagen have in common?

Thay all have started using 3D printing into there work in some form or another.

You may think that 3D printing is a new technology, but the first 3D printer makes its first appearance in the early 1980s. Still, they were very expensive, difficult to use and generally inaccessible to people who lack specialized training.

Flims like Dark man and TV shows like Westworld even predicted the printing of human body parts.

3D printing is bringing many changes to several industries right now. Companies have started printing everything from fully functioning car parts to a fully functional human organ, like bladder and body parts.

3D printing is a process of making solid three dimensional objects from a digital file which is also called additive manufacturing. 3D printing centresaround layering materials like plastic composites or biomaterials to create that range in shapes, size, colours and rigidity.

With the help of 3D printing, manufacturers and enthusiasts can print aluminium parts, human tissue and carbon fibre tools.

There are currently nine basic types of 3D printing with SLA, FDM and SLS printing being the most common.

Prices of 3D printers have dropped from $10,000 to less than $1,000, allowing consumer-friendly 3D printing manufacturer to pave the way for accessible 3D printing.

Experts predict that the global printing market will reach 47 billion dollars by 2027.

NASA and it’s affiliated like relativity space are not only usinging 3D printing for printing crucial rocket parts, but they also believe that additive manufacturing will help us colonize Mars and other planets.

Companys like ICON are using proprietary 3D printing robotics to build homes in impoverished areas around the world.
Also read: Top 6 Tips to Stay Focused on Your Financial Goals

Companies like New balance are looking to use additive manufacturing to improve their products and create custom apparel, which is all just a tip of the iceberg.

Some of the more apparent benefits of 3D printing include reduced costs, faster product development, precise prototyping, and improved customization.

In the coming future, you will see 3D printing used to produce an increasing variety of goods. 3D printing is a technology that will completely change the world that we live in. 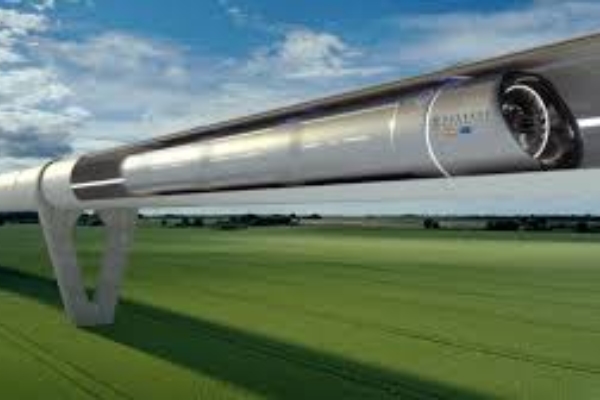 In 2014 Elon Musk, mention this idea of this futurist transportation system of passengers pods travelling through tubes at a very high speed.

The idea of a Hyperloop has been around for a couple of years, and there are many companies which are working towards making this vision into reality.

Hyperloop uses two principles. Magnetic levitation and a low-pressure vacuum environment using these two principles we can make Hyperloop become a reality. It will be the fasted transportation mode by achieving the speed of more than 1000/KM an hour.

This similar technique is also being used in some the fastest train in the world, including the maglev train in Japan.

The Hyperloop is very eco friendly and can run on renewable energy because of magnet’s there is no need for fuels.

Hyperloop is so fast that you can get from Abu Dhabi to Sharjah in 10 minute. Taking this same route would take more than 1.5 hours and would be way more stressful.

Virginia hyperloop is the only company that has successfully tested Hyperloop with people inside. This test took place in a Virginia Hyperloop 500 meters test site in the middle of Nevada’s desert.

But before Hyperloop became a reality, there is a lot of bureaucracy to overcome before a working Hyperloop would be ready for everyday use.

The Hyperloop movement is here to stay, engineers worldwide are working on it to make a reality but once it becomes a reality then this technology that may change the world.

Aryan is a tech enthusiast who likes to write about TVs. He founded Mr TV Guru, a site that aims to help a consumer make a better decision while purchasing a new TV.

Apple Reality OS: What It Is & Expected Release Date

Apple is working on the next-generation AR/VR headset that will run on the..