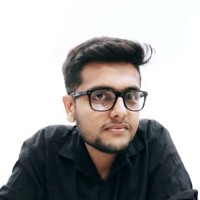 The last update to iOS 13 stormed the entire market as Apple introduced many newer concepts that can redefine the way iPhone users use their phone’s features.

And when the iOS 13 update is still resolving user queries, Apple is preparing for a new update that can counter-attack Google’s Android and make Android users ask for more. But how? Will Apple introduce something new to their existing approaches or update the latest ones? Let’s find out.

iOS 14, an anticipated update to the present iOS operating system of Apple, is rumored to get a release on the 18th of September, 2020. Based on the analysis of Apple’s previous iOS updates and the time period, iOS will get released this year, according to experts.

While iOS 13 is paving the way to enhance the usability of iOS supported devices by serving the best approaches, iOS 14 might introduce something new that can turn the entire market upside down.

The current features and updated norms introduced through iOS 13 are outstanding and are working to provide an excellent user experience. But as widely known, Apple always holds power to transform the entire market scenario even by introducing a single feature that fits the frame and changes the picture.

Below are the expert suggested and predicted updates that Apple devices might see in the future if iOS 14 is released in the market and their devices are compatible with the update.

5G network is in demand and the most debated topic in the mobile market. As there are very less number of devices currently supporting 5G, Apple might use it to their advantage and introduce smartphones in the market that support and encourage the use of 5G.

All new iPhone 12 series might introduce the support for 5G network, but for the models that are currently updated to iOS 13 will surely receive the iOS 14 update, which can introduce them to 5G network support.

As per experts, Apple will undoubtedly focus on providing support for delivering the best network support to give their iPhones an added advantage over Google’s Android.
Also read: Best Online Courses to get highest paid in 2021

The easiness of customizing the entire phone from pixel to pixel- is what Android aces at. But it’s time for Apple to match the standards or set the bar high- by its upcoming update. With the help of various launcher applications, Android makes it easier for phone users to set the mode and look as per their requirements.

This customization support is very much easier to deal with, and the same provides excellent user experience on Android devices. But iOS 14 might introduce the support for customization, leaving the traditional iOS look and experience behind. At least, this is what many iPhone users are looking forward to.

Android is challenging all other smartphone operating systems by releasing better versions by each update it delivers. And screen recorders are paving their way into the majority of Android smartphones, which makes it easier to record the screen easily. But has iOS introduced any such feature? Not till today.

Therefore, many iOS users who are well-aware of the benefits that Android offers are looking forward to this feature also. And as Apple always considers the user concerns first, the screen recorder feature might bag a place in the iOS 14 update. But we are not sure as Apple has its own way of dealing with features and it might turn out something new and even more exciting!

The current iOS 13 update ditched many iPhone versions that are older than the current ones. For example, the iOS 13 update left the iPhone 5S, iPhone 6, and iPhone 6 Plus out of the list and rest iPhones that are released after them received it.

But as per user demands and the support requirements across all the devices, iOS 14 is expected to get a release over most of the iPhone devices, including the ones that iOS 13 left out of the list.
Also read: Top 6 Tips to Stay Focused on Your Financial Goals

Apple has to learn and compare many things from Android. As Android devices have the feature of always-on screen, i.e., the always-on display time, users are benefitting the most from it as they just have to give a look to know the time or notifications from their devices. But Apple has not yet accepted it and included it in its updates.

Therefore, the time for introducing such features in their latest update has come. Users are also expecting the ease of reading the notifications from the device without having to move a muscle.

Apple might have to develop software to add on to their expert teams that can make this possible. The future updates in iOS might need many feature changes, and the wide support from all iOS developers can make it happen.

Apple is very popular with its practical integration of AR devices in iPhones. As per experts, the time is ripe for them to introduce something relating to AR practices as the market has still not heard any pitch that can establish AR as an essential feature.

And if Apple is really working on their rumored AR glasses, the integration of those devices with the mobile devices and iOS supportive devices can turn the market upside down.

Also, the updates to its artificial intelligence-powered assistant Siri are required as other competitors of it- Google Assistant and Alexa are far more forward in practice use.

Introducing app control using Siri, different ways to perform the tasks using voice control, and more- must be introduced to Siri as this AI assistant is in desperate need of an update.
Also read: 9 Best Cybersecurity Companies in the World

None of us can know or predict what Apple’s going to do next precisely. But based on the user data and the expectations they have set from newer iOS updates, these many features are a must to integrate and move a point up in terms of delivering excellent user experience.

While the iOS 14 update is under pipeline, Apple users are excited to hear more about it as the iOS 13 introduced many changes to the traditional appearance and features of iPhone devices.

By offering new features and support for enhanced usability, Apple can bring the iOS up the ranks by setting a higher mark for Android and other operating systems to reach.

Manoj Rupareliya is a Marketing Consultant and blogger. who has been writing for various blogs. He has previously covered an extensive range of topics in his posts, including Business, Technology, Finance, Make Money, Cryptocurrency, and Start-ups.