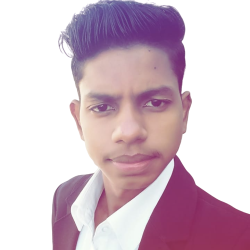 The digitalization of our world has led to a drastic shift towards the mobile platform. Businesses eagerly invest in designing applications for either iOS or Android or hybrid apps, targeting multiple platforms.

Android is one of the two major platforms in the App Development industry. With a global market, it is a top choice for developers and enterprises looking to target a wide user-base.

One drawback of Android, however, is that they are more susceptible to malware than iOS apps. Its extensive database of users also makes it a prime target for hackers. The advancements in technology make life convenient for people, but for hackers, they bring in new ways to gain unauthorized access to sensitive information.

The constant threat of cyberattack is why Security Risks in Android App Development companies like ApplifyLabs take every security precaution from the first stage of development. Thus, to ensure your users are safe from malware, here are some top security risks in Android apps you need to consider when developing your app:

Android app development is a top choice for businesses looking to target a global audience. While the platform offers many pros for entrepreneurs, for developers, it is a whole other ball game. Unlike iOS apps, Android apps present more security concerns and vulnerability to cybercrimes:

One of the biggest challenges for Android developers is to overcome the problem of fragmentation that accompanies the platform. The term implies that there are multiple versions of Android OS existing at one time, and developers need to design mobile apps compatible with most of them, if not all.

The wider audience may be what enterprises are after, but developers need to keep in mind that not all users would have the same version of OS. Unlike iOS users, Android users have the choice to upgrade their OS version; and because most people choose not to accept upgrades,it leaves their system more vulnerable to risks.

That said, developers face the challenge of finding a security solution that fits all devices and OS variations.

Google Play Store is the official source for Android apps, but most users do not shy away from downloading applications from third-party app stores. These unofficial stores lead to the risk of malware from malicious and unlicensed apps.

Furthermore, Android is an open-source platform, meaning anyone with a sense of coding can develop a malicious app and publish it to the third-party stores. Users download these apps in hopes of avoiding payment, but it leaves the platform open and vulnerable to attack. The apps can leak users’ payment information and other details or automatically download a virus on the device.

Malicious apps pose a threat to the security of Android OS and the other official apps on the device. Such are the problems that developers face with android app development.
Also read: 10 Best Android Development Tools that Every Developer should know

Android has multiple security loopholes in the OS, built-in apps, or new downloads, and tools used by developers also bring a set of security risks. All of them pose a threat to Android app development.

Third-party app downloads and multiple OS versions are sources for malware infection. Hackers can make use of the vulnerabilities to steal users’ data or delete important files.

Approximately 95% of Android apps are vulnerable to malware on Google Play Store. Plus, with Android not revising its security guidelines, it leaves programmers and hackers with complete freedom to manipulate applications as they please. Play Store takes no precautions against the 75,000+ cyber threats that can affect the platform, making it incredibly easy for malware to infect the system and other apps.

With Android being an open-source platform, it gives device manufacturers and users the liberty to customize the OS to what they need. While manufacturers modify the OS to improve functionality on their device, users integrate customization layers or launchers. These modifications alter the core of the Android operating system.

However, the effects of such tampering are catastrophic for Android security. It creates a gap in the security measures of the platform, leaving room for hackers to enter and steal or misuse the users’ data.

An example of the modification is the phishing programs that alter icon settings on the device’s main screen. The apps’ appearance changes, and the users are no longer directed to the correct applications.

Android app development brings many challenges for app development companies to ensure excellent functionality and user experience without compromising security. While the platform offers immense flexibility and freedom for developers, device manufacturers, and users than iOS, it comes at a hefty price.

Android apps require multiple permissions from the user on downloading. Most programmers don’t fully grasp the types and number of grants an app needs, but users accept them all without thought.

It may sound like a no biggie, but granting permission implies users allow the application access to private information stored on the smartphone. Through the apps, hackers can gain personal identification data, financial details, and more.

Plus, with Google Play Store’s relatively lax security guidelines, there is a probability of malicious apps making their way onto the app store. So, if users download the malicious app and accept all permissions without thought, it can take control of the device and steal all information available.

Android platform offers businesses a broader target market, meaning more opportunities for building leads, engagement, and traffic. With a market share of approximately 85%, plus flexibility and freedom of design for developers, it is a superb option for startups and enterprises.

I hope the blog helped you understand the security risks you need to consider when developing your Android app.

So, follow these steps to ensure the security of your app: