How IOS App Development Is Advancing In 2021

How iOS app development is advancing in 2021 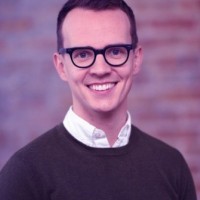 iOS app development has shown tremendous growth in the past, the popularity of Apple devices is growing on a global scale. In the year 2008, there were 500 apps in the store, in 2018 Apple announced that there were 20 million registered iOS developers who made $100 billion while serving 500 million weekly visitors in the app store.

The numbers currently are higher and expected to grow even more rapidly in the upcoming years as iOS holds a significant amount of market shares with more than 2 million apps in the store.

Every single year, Apple keeps adding new things in the ecosystem. For example, Apple recently announced that all their devices will use the same chip architecture, it will make it easier to port apps between iOS, iPod OS, and Mac.

Apple is also unifying the UI to provide users with similar experiences between all platforms, macOS, iPod OS, and iOS. Last year Apple introduced swift UI, a tool that allows us to write and design apps much easier and in a much more responsible way.

With the capability to make modern and intelligent apps across different Apple devices, Apple’s CoreML is expected to be in demand for upcoming years.

CoreML is a machine learning model that is pre-trained in the cloud using popular deep learning frameworks such as TensorFlow, Keros, Caffe, and more. CoreML can be added directly to your Xcode project.

According to Matt Asay, work for AWS, CoreML delivers fast performance with easy integration of trained machine learning models. There are several benefits associated with CoreML such as low latency and near real-time results, availability offline, privacy, cost, and more.

For example, Siri integrates with CoreML to understand what people are saying and come up with the right answers. It will be common for developers to use CoreML to cater to the demand for responsiveness level in the application in upcoming years.
Also read: Top 10 IT Companies in The World | Largest IT Services

Swift 5 has been introduced in September 2019.The primary feature in Swift 5 is the Application Binary Interface (ABI) stability and future Swift releases will be binary compatible with Swift 5.

Also, Swift libraries will now be integrated with the current and future versions of macOS, iOS, wearable OS, and tvOS. With this feature, apps will be smaller and easier to develop as developers will not have to include these libraries any longer. S

wift 5 is going to be the major requirement for iOS development in the future as iOS app development companies are embracing this language to create innovative apps for the platform.

Cloud-based apps are going to be in demand in the future because of the perks it offers. According to Forrester, more than half of international business organizations will have at least one native cloud-based mobile app.

There are many other platforms in the market but iOS will still have a huge portion of over $175 billion. Cloud-based apps are requisite for modern business because it serves as a trustworthy platform to store valuable data, which can be easily, securely, and smoothly accessible.

On the other hand, every iOS app developer can leverage the cloud platform for quicker and simpler app development with extensive cost-saving.

Integration of AR and VR technologies

With the increased adoption of AR and VR based features in mobile apps, AR and VR technologies will have a bigger impact on iOS apps of the future.

Also, Apple offers ArKit which is specifically designed for creating standalone AR integrated iOS apps. In the upcoming years, AR is expected to set new trends in games and events, these trends will be seen in iOS apps created in the next two years.

According to Piyush Jain, founder of Simpalm, an iPhone app development company in the USA, IoT technology brings mobility as it interconnects mechanical, digital, and computing devices and enables them to exchange information seamlessly.

It streamlines the diverse industries such as healthcare, automobiles, retail industry, and more. There is a larger scope for the IoT in every field of every industry imaginable and thus there will be an extensive demand for the mobile apps that can be connected with IoT devices.
As a result, every iOS app development company will need to have experience in developing IoT apps to meet the extensive market demand. Apple HomeKit is Apple’s official tool which is used to create these apps.

Businesses are making the use of big data to make business decisions and they will want apps that are capable of collecting user data that can serve actionable insights for them.

With its benefit, we can anticipate that there will be an extensive demand for the integration of big data into business applications. As an additional benefit, big data integration helps developers to create powerful and scalable iOS apps.
Also read: How To Make 5K Dollars In A Month? 20+ Easy Ways To Make $5,000 Fast + Tips!

Businesses always want to collaborate with a professional app development company that has the right level of domain expertise and industry experience in building futuristic apps.

Thus,  iOS app developers need to focus on Core Machine Learning, AR, BigData, and IoT to be able to stay ahead of the competition in upcoming years.