A look into Recent Cyber-attacks and The Lessons We Learned

A look into Recent Cyber-attacks and The Lessons We Learned 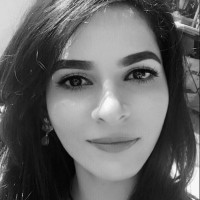 Let’s go over the year recent as 2019 which has been one of the busiest duration for hackers with an unprecedented 300% increase in attack traffic. Their latest fancy seems to be IoT devices that include the number of software, wireless sensors, actuators, computers, etc., which can be embedded into handheld devices, medical equipment, environmental sensors, industrial apparatus so on, and so forth.

Most of these major cyberattacks were successful in targeting the seemingly impenetrable systems of governments, hospitals, academic institutes, and businesses across the world. The alarming number of 7.9 billion data breach cases were reported in 2019 with an emphasized aim in several economic sectors.

Before we analyze the possible lessons we learned, let us review some of the biggest cyberattacks that the year unfortunately witnessed.

AMCA data breach of nearly 25 million patients’ information is one of the biggest cybersecurity incidents of 2019. Although the massive breach was revealed in May, the US Securities and Exchange Commission disclosed that the health debt collector AMCA’s records remained wide-open by hackers from August 2018 to March 2019.

Capital One, a renowned giant in banking and credit card world made it to the news headlines in July 2019 for the worst possible reasons. Richard D. Fairbank, chairman, and CEO of Capital One admitted to the breach of 106 million customers’ information.

Following the cyberattack Capital One had federal law enforcement capture the hacker, who is now facing prison time and $250,000 fine. They also assured costumers of complete data recovery and made identity protection and credit monitoring available for all stakeholders.

This massive data breach was unusually reported by a real estate developer, Ben Shoval instead of the usual likelihood of security expert. Upon realizing that by mere single-digit alteration in the URL, he could access the company’s highly sensitive data, Ben Shoval warned the relevant authorities within First American to no avail.

In the light of the graveness of the situation, he then went on to report it to Brian Krebs, an investigative journalist at KrebsOnSecurity who broke the story to the world.

Although the number of people who suffered the data breach at Citrix is unknown, the size of its dealings points towards substantial amounts of compromised customer data. The American-based multinational software company, that provides services to 400,000 companies worldwide fell victim to one of the most lethal cyberattacks in its history.

Citrix believes that the hacker employed a technique called password spraying which obtains unauthorized access by scanning systems and infiltrating them through weak passwords. The hacker retained intermittent access for six months from October 2018 to March 2019.

The ongoing investigations by FBI and forensic examiners are still reluctant to disclose the true extent of the attack which has impacted the employees, dependents, and beneficiaries alike.

Facebook is always in the news for one data security incident or another. The major data breach came when the establishment was still reeling from the 2018 Cambridge Analytica scandal of misusing users’ personal data for political manipulation.

Facebook made it to the news in April 2019 when 540 million records were found on Amazon’s cloud computing servers. Facebook CEO, Mark Zuckerberg, confirmed the data breach but claimed the plain-text publication to be accidental.

Despite multiple assurances and announcements of improved security measures from Facebook, in September 2019 419 million records including account information and phone numbers were found to be available in plain sight.

Every new cyberattack should not be a reminder to tighten the security regulations around the organization. The importance of reliable defense mechanisms, timely upgrades, and security reinforcements against malicious cybercriminals should remain the top priority at all times.

The attentive and informed approach requires comprehensive training programs. That can help people in general and employees in particular to recognize potential threats. By recognizing and halting the phishing scams, cybercriminal tactics, ransomware attacks, etc., at once can minimize the damage significantly.

Founder Futuristic Content, I'm a technical writer with a passion to write on the subjects of cybersecurity, futuristic technology, web/software development, cloud computing, and data science.

It doesn’t have to take as much time as you might think. These five best..

While remote working has helped us navigate the pandemic, we must remember that..

Do you often travel abroad or live near the border of a country with stricter..

How Does Cybersecurity Assessment Work?

Cybersecurity is now the greatest concern in this digital age. We’ve seen..

How to Cover Your Tracks Every Time You Go Online Nowadays

As we all know, whatever you browse on the internet that would be tracked and..

Legal firms today have plenty of industry challenges to worry about. Like..