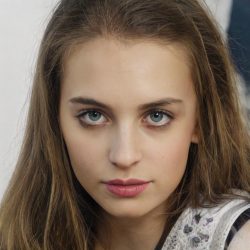 The Internet, computers, and other technology played a crucial role in shaping today’s education. Now, it’s hard to imagine a typical classroom without all this tech. And, the progress goes further with every year.

Today, probably every student is using technology to reach academic success. Some are using the Internet for research. Others use the materials on EssayHub to boost their writing skills or order essay when they can’t handle the task on their own.

Almost all of us are already using the available tech tools to make our lives easier. But, what if we tell you that there is another, even more exciting way to use technology for learning purposes? Sounds exciting? Then, read on!

In this article, we are going to tell you about the best and most accurate video games that can help you prepare for your History exams with ease.

The Perks of Video Games in Education

The concept of gamified learning isn’t new to us. It has been around for quite a while and has been proven to have multiple benefits for learners.

Traditional learning materials like books, textbooks, and even movies, only inform learners about the events of the past. And what do video games do? – They bring real historic events and personas alive and allow you to immerse into the past. Respectively, this offers a number of benefits:

And, while this approach can sound rather odd, some teachers are already making first attempts to adopt it. Namely, Mehmet Sükrü Kuran and a few colleagues from Abdullah Gul University in Turkey have developed a complete undergraduate course in history that integrates computer games to help students better understand the subject. And the results were pretty impressive.

Apparently, this approach to education really helps young people study better. As reported by students, they all found such lessons much more engaging and, at the same time-efficient.

Learning While Playing: 5 Most Historically Accurate Video Games Ever Made

So, you are getting ready for your history exam. Who says test prep can’t be fun? With these five video games you will learn the basic historical concepts, events, and people in an easy and fun way:

The events players are thrown into in Europa Universalis 4 take place between the Late Middle Ages and Early Modern Period. The reason why this game takes the first place on our list is that it helps you discover a variety of different issues from religion and morale to resource management.

Also, it offers users an opportunity to observe a wide range of technological advancements that took place in various spheres in real life.
Also read: 7 Best Woocommerce Plugins to boost your Store you must know

The second place on our list is deservedly taken by these worldwide famous series. It won’t be an exaggeration to say that the Assassin’s Creed series is a pioneer of historical accuracy in the field of gaming.

Each part of the series takes players to some of the most notable historical periods, including Ancient Egypt’s Ptolemaic period, the 1700s American Revolution, and the 15th century Renaissance period.

There is also one more notable thing about Assassin’s Creed. Inside the game, there is a database with different documents that can educate you on different periods that are represented in the plot.

If you are getting ready for an exam on the middle ages period (predominantly the events that took place in Europe), then the Crusader Kings series can really come in handy. The series feature plenty of notable historical leaders. For example, by playing it, you can learn more about Genghis Khan, William the Conqueror, and other leaders. Also, the game simulates some big battles that really took place during that period.
Also read: The Top 10 In-Demand Tech Skills you need to have in 2021

If you are a fan of first-person shooters, you should try Verdun. Verdun is a one-of-a-kind shooter that offers users a historically accurate experience. Unlike other games on our list, this one doesn’t take you into an entire era.

Instead, the whole plot is developing around one battle that took place in 1916. As you can guess from its name, the battle that lies at the heart of the plot is the Battle of Verdun – one of the longest and most deadly battles in the whole history.  By playing it, you can not only enjoy thrilling gameplay but also learn more about the battle itself.

5.   The Age of Empires Series

Finally, the last option on our list is the Age of Empires series. It is another accurate game that can really help you brush up on your knowledge of history. In particular, the series will educate you on Ancient History, Stone Age, Iron Age, and Bronze Age.
Also read: 10 Top Android Apps For Personal Finances

It’s hard to argue the fact that gamified learning is the future of education. And, needless to say, that students of all levels can gain significant benefits from such an approach to learning.

Video games offer students unique immersive experiences, engage them, and can give a boost to their performance. Thus, adopting this approach can really help us revamp the field of education. And, based on everything that has been said earlier, we are already moving in that direction.

Today there are plenty of opportunities to learn through play and we believe that very soon video games will become an integral part of your curriculum.

Jane Smith is a freelance writer specializing in design, technology and marketing. She works as a web designer and uses her passion as an opportunity to learn about the new trends, and educate others.