Alexandria’s Genesis: Cause & Symptoms | What is it Purple Eye Disease? 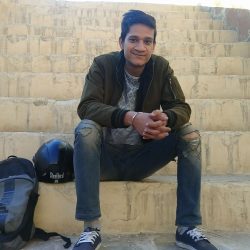 If you’ve never come across the term Alexandria Genesis you may be asking yourself: what is Alexandria’s Genesis? And what is the Purple Eye Disease all about?

For those who know or those who have looked it up, Alexandria’s Genesis or purple eye disease is shrouded in a lot of mysticism and fallacy and not a lot of proof.

What Is Alexandria’s Genesis?

According to widely spread belief, Alexandria’s Genesis is an online myth that there are humans whose eyes turn purple when they’re young or are born with purple eyes diseases.

Believers of Alexandria genesis not only say it exists, but they also argue that people with purple eyes diseases become blessed with heightened genetic capabilities when they get it.

Origin stories of people with purple eyes disease can be traced even as recent as 2005. But some reports claim that it is traceable as far back as Egypt, over 1000 years ago.

Another says it was England in 1329, but as expected no proof backs these claims. There are a lot of eye defects like heterochromia iridis and eye tumor, that can change the color of the human eyes from what it was at birth.

As stated before, there are two dubious accounts of the origin of Alexandria’s Genesis. And none is more believable than the other because of a lack of historical or scientific proofs and facts to back it up.

One of such accounts tells a legend set in ancient Egypt. One of those Egyptian nights, people see a light in the sky and those who get exposed to it have their eyes turn purple and their skin become pale.

This set of people who they call Spirit People are allegedly the first sufferers of Alexandria genesis later leave Egypt and settle in Europe.

The other earlier account says that a child named Alexandria was born somewhere in England in 1329 with blue eyes that turned purple. Something this rare in that age meant only one thing: she was called a witch and a priest was called in.

The priest however calls the phenomenon a gift and calls the child special. Years later, Alexandria gives birth to two children, and as you would expect, they both get the purple eyes disease. This is how it became known as Alexandria’s Genesis.

So if the existence of this purple eye disease and people with purple eyes diseases seems dubious and debatable, what are Alexandria’s Genesis side effects?

Well, since there have never been any cases reported, there also haven’t been any side effects of the purple eye disease to report or record.

All the symptoms we have compiled are some of what people through the years thought or assumed people with Alexandria’s Genesis had or suffered from.

These symptoms can be referred to as the side effects of Alexandria genesis side effects as well. Reason being that these symptoms are very rare and almost all of them are scientifically impossible, coming from a single genetic mutation.

What Are Alexandria’s Genesis Symptoms?

Alexandria’s Genesis is considered a genetic disorder that affects humans in infancy. It turns their eyes from blue or grey at birth, to the color pink due to a mutation of the person’s genes.

But as they grow and enter puberty, the color darkens and turns purple. This change in the eye color is said to not affect the eyesight of people with purple eyes diseases.

In addition to having purple eyes, here are some of the features or symptoms of purple eyes disease.

#1. Immunity From Burns or Tans

Yep, you read that right. Alexandria’s Genesis gives you immunity from burns and skin tans under the sun.

One alleged symptom of this disease is that people with the mutation are immune from a lot of weight gain conditions due to high metabolism.

That is to say, it doesn’t matter how much they eat, they do not add weight and unlike the average person, they don’t produce a lot of waste.

Another feature of Alexandria’s Genesis is the ability of sufferers to live longer than the life expectancy rate.

This is because when they get to about 50 years old, aging stops for them and they begin to look much younger than their age! Reports and assumptions say they can be able to live even up to 150 years of age.

Another Alexandria Genesis symptom has to do with women alone. It is said that the purple eyes disease makes women unable to menstruate.

However, in surprising and contradictory terms, women with purple eye diseases remain fertile despite not seeing their time of the month.

It appears that this gene mutation doesn’t disfigure, but enhances both internal and external features.

Alexandria’s Genesis symptoms add pale skin to its list of symptoms. In addition to it, sufferers are said to have perfectly proportioned bodies.

So in simple terms, it is not a medical condition. It is hard not to see past this disease as being a legend or a hoax.

Firstly, no human skin is immune to the effects of burns. Although melanin can protect the skin when exposed to sunlight, it makes the skin darker.

The record for the oldest person ever in recent times is 122 years old. So the talk of people with purple eyes diseases living up to 150 years old is very untrue.

The human eyes turning to purple is considered rare and even impossible. But should it happen, violet-colored eyes are said to be potentially harmful to the sight.

Some diseases can change the color of a person’s eyes but it returns to the normal shade once the sickness leaves or is cured.

Even though actress Elizabeth Taylor was known to have extraordinary violet-colored eyes, it did not have anything to do with the Purple Eye Disease.

That being said, there are however some diseases and conditions that may change the colors of a person’s eyes. Here are some conditions that can change your eye’s color:

The purple eyes disease is not a medical condition and so does not exist and does not affect any known living person or persons that ever lived.

Its symptoms and side effects not only sound dubious and impossible, scientifically, one mutation cannot have all of them.

Nowadays it is becoming really hard to separate myths and fake news from truths and facts. This is why similar reports like Alexandria’s Genesis disease are subjected to rigorous fact check.

Although there are some conditions and diseases that may alter the eye color of people, none has been reported to come with heightened physical capabilities.

But if you’re ever looking to change the color of your eyes to purple, artificial lenses are a great way to start!

Ashish Goyal is a Digital Marketing Specialist at a leading PHP MySQL application development company. He understands startups, enterprises, and their needs well. Apart from that, he is an expert in lead generation and inbound marketing. He has also handled the marketing and growing operations. He loves to help businesses in improving their online brand visibility and sales. You can join Ashish via LinkedIn.

Top 5 Most Exciting Advances in Remote IT

Many people are still unaware of the profound impact that remote working has..

Top 10 Python Books are for Mastering the Skill

Python books are one of the most popular sources of information on almost any..

Microsoft Excel has evolved to be one of the most versatile tools being used in..

In recent years, quantum computing has been a promising career choice. Experts..

Business owners receive a flood of calls every year asking for the latest and..