How to Choose the Right Game Engine for Your Game
Tuesday, 21 January 2020
Login Register

How to Choose the Right Game Engine for Your Game

If you want to make a mobile game but don’t know where to start, this blog will help put you in the right direction. Making games is a complicated subject but let’s try and break it down. When the big mobile Game Development Services create games they spread the work into large teams with each person having a specific role. Whether that be 3d modeling, programming, concept are or sound design, but in reality most people don’t start with a team of professionals.

Luckily over the last few years there has been a big boom in the indie gaming industry. Now, a small team even individuals can develop hugely popular games. This should get your hopes up because more than 47% of independent game developers release their games on platforms like Steam such as SuperHot and UnderTale just to name a few.

Every game runs on what they call a game engine. The engine is what tells the components in the computer stuff like how to render graphics and audio. Games such as HalfLife 2, Counter-Strike and Portal all run on the Source game engine. Which is also why they have so many things in common like physics, graphic quality and gameplay. Previously game studios would have to pay huge amounts of money to build an engine from scratch or purchase from another studio which was not cheap.

But these days a lot of independent engines have been made with the sole purpose of people using them to build their games on top. This brings us to the first decision as aspiring game developer has to make. What engine should I choose? And the answer is, well it depends. There are a lot of engines to choose from and each have their strengths and weaknesses. But here are some of the most purposeful ones.

Related: – PUBG: The Recent news Indicate This Game is More Dangerous Than You May Imagine

If you are interested in making a 2-d game and want to start off with something not too difficult you will find that GameMaker is pretty easy to pick up. Some examples of games made using GameMaker are Spelunky, Undertale and INK. GameMaker is essentially free however some features do require you to purchase a license however the feature aren’t too important for beginners but do note that you can only export to windows using the free version.

Related: – Microsoft and Sony Strategic Partnership to Games and Content

Unity however allows you to build games in both 3-d and 2-d and games using this engine can be transported to a verity of platforms. Being currently the biggest player when it comes to Indie development, Unity has powered games such as Hearthstone, SuperHot and Kerbal Space Program. This engine is also used by a lot of mobile developers.

This engine is probably the most advanced of the three. It’s an amazing engine for those who are looking for 2D and 3D development. It’s known for powering some really heavy games like Unreal Tournament, Gears of War and Arkham Knight. But we do believe that Unity is the perfect starting point for most developers.

It is not because it does everything perfectly, no engine does, but rather it’s because of the diversity the engine offers. Unity comes with a lot of customization options and deploys games to all three desktop, mobile and console. Also when programming in Unity you can choose between C# and Javascript, two widely adopted programming languages. So what a developer learns in Unity can be easily applied to other environments.

This blog seems to teach a bit about everything no matter if you want to become a level designer, a programmer, you will hopefully find it useful. Although when it comes to game design there is no single engine that has a complete solution to your problem, so with the right information, mixing and matching between different gaming environments will get you through your first development project.

Steven Clark content writer in USA. As a Digital Marketer. He specializes in writing Digital marketing blogs. He has created variations in the different type of subject app design and development. He loves to reading book and spending time with has friend. 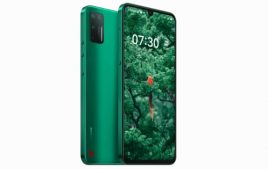 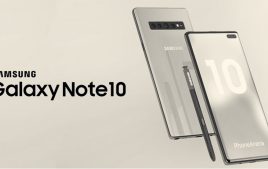 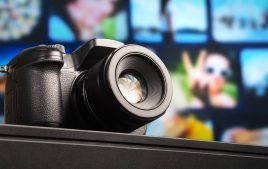 Are Cheap Vlogging Cameras any Good?