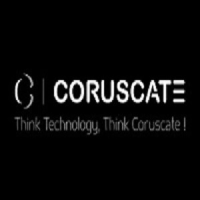 The process in mobile app development can be divided into several phases and stages which further leads to the complete development and overall furnishing of the app so that it gets into use by all.

For successful development of mobile apps the whole process of development goes through different phases to make sure that the user finds the app the best fit.

The applicable steps, stages and phases that the mobile app development company must follow are as follows:

The first phase towards developing a mobile app is summarizing the whole idea of creating an app.

Know the targeted audience and what features are to be included and what not.

Knowing the requirements of the users and working accordingly will help you get the desired results from the app.

Getting solutions and thinking from both the views of the parties will provide the perfect solution in the creation of the app.

The questions that need to be answered are the features that are to be included in the app whether it is discussing the user interface, integrated infrastructure and all the things that decides the value of the apps.

Some specifications that make the app unique and different from all the other apps with the same functionality should be noted and implemented.

The mobile app design phase is the second phase in the development process where the nature of the app is to be discussed which further decides overall design of the app.

The type of platform to be adopted for the app gets decided in this phase of development.

When the designer team comes along to work with the developmental team they know the platform which needs to get laid as they both know the project requirements and the needs of the audience.

Through workflow designs, charts and distribution of responsibilities further gets more clarified.

Defining and assigning the different roles and responsibilities with developers and designers helps in speeding up the whole process of development.

The blueprints of the app get finalized in this process and developers manage all the things with regards to including  the features in the app or to use the basic features.

The frameworks right from where the app gets started till the complete use of the app gets formed in this phase.
Also read: 10 Top Android Apps For Personal Finances

The mobile app development is more technical and the phase also defines the  technicality of its structure, stack and milestones.

The three major parts in development of the mobile apps are:

Back-end refers to the database which is indirectly accessed by the users without their acknowledgement. The back end code includes more than two programming languages.

Application programming interface is the communication that takes place between the app and the back-end database.

It refers to the vernacular mobile app part that the ultimate user utilizes randomly and regularly.

Mobile apps must possess an user friendly approach that manages API’s and back-end perfectly to manage the provided data.

The software for the apps needs to get tested in this stage of development. By testing the software we can fix the bugs and errors in the code and programs before the launch of the app.

Repetitive tests and accurate reviews helps the developers and designers to know that everything is in the calibration.

The app often goes for much hard testing to make sure that the components and rest of the software things are functioning well and according to the needs.

The potentiality of the app after the tests decides the launch of the app on the store.

After discussing the basic idea of the app, designing, developing and testing. The next step is to deploy the mobile app.

The apps have successfully passed all the tests and have generated positive reviews for its functionality.

Immediately when the app gets certification and is ready for its deployment. The sales and marketing team comes into the picture where they promote the app before its actual launch to generate more curiosity among the individuals.

Creating strong pillars and advertisements is likely to bring more successful rewards with regards to the future of the app.
Also read: How To Make 5K Dollars In A Month? 20+ Easy Ways To Make $5,000 Fast + Tips!

On the functioning side of the customers after the few months of the launch of the app.

The apps are required to get first hand user experience, collect its important functions, performance data, provide necessary updates and its technical evaluation gets done.

This maintenance and update phase is the post developmental phase which is analytical and important for the future of the app.
Also read: Top 10 Business Intelligence Tools of 2021

Every phase in the mobile app development industry is comprehensive and broad for its excellence and functionality.

Developing an application which perfectly matches the needs of the users along with achieving the objectives of the apps must be dealt accurately.

The future of the apps will depend on the developers whether they can fix the bugs and errors before its launch.

Vishal Virani is a Founder and CEO of Coruscate Solutions, a leading Uber-like taxi app development company. He enjoys writing about the vital role of mobile apps for different industries, custom web development, and the latest technology trends.

Want to download tiktok videos to your phone? Need an app that could help you..