Understanding The Difference Between API Stubbing, Mocking, And Virtualization

Understanding the Difference between API Stubbing, Mocking, and Virtualization 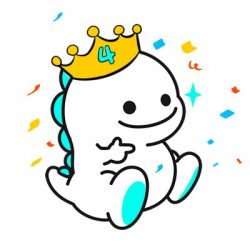 API testing is no walk in the park. It’s during testing that one realizes the complexity of work done on a single API. That’s what makes the tester’s work doubly important to API development.

The testing phase can yield crucial insight on the API’s build structure, how it handles its resources, and what errors are getting in its way.

If you’re involved in API testing, you’ve likely already come across these three terms: stubbing, mocking, and virtualization. All three terms refer to “test doubles,” or stand-ins for the API’sproduction objects.

These replacement parts for the real API components are used exclusively for testing. This is so that testers can decouple from environmental dependencies.

In this respect, stubs mock, and virtualizations can be likened to stunt doubles or dummies. You can practice particular actions with them without fear of messing up the real thing.

Here’s a briefer on what distinguishes all three, and what API testing-related goals they are all meant to achieve. These should help you stay productive when you’retinkering withAPI stubs, considering OpenAPI design, or working with a fully realized API virtualization.

What is API Stubbing?

The simplest of the three test doubles is the API stub. When a tester creates stubs, they’re creating parts with minimal implementations of an interface.

A stub always returns hardcoded data, or “canned” answers, to API calls made during individual tests.

Stubs can be either handwritten or generated by the API tester’s hosted toolset. They are best put to use during the least complicated aspects of API testing.
Also read: No Plan? Sitting Ideal…No Problem! 50+ Cool Websites To Visit

What is API Mocking?

An API mock, however, is a software component that simulates an API’s behavior based on a specific context. When a tester creates and works with a mock, they should be verifying outputs according to a set expectation.

Sample API calls are usually the first thing that come to mind when one refers to API mocks. But servers can be mocked as well.

API mocks are typically generated in a third-party library. Testers can either use these mocks on their own or share them with others.

Mocks should be used over stubs when the API testing suite becomes bigger, and when the tester needs to deal with different data setups.

What is API Virtualization?

The last and most complex of these three is the API virtualization. The virtualization is an external and non-network-based copy of the API, and it is called remotely from the API’s methods and functions.

Its level of behavior and functionality mirrors the end product, or the API as a whole—not just a single behavior or component.

A virtualization is only commissioned when the API is close to launching. It’s used when the first phases of testing are finished, and when the focus is to fine-tune the product for its market release.

When Should an API Tester Work with Stubs, Mocks, or API Virtualizations?

Ultimately, there are two things that determine when stubs, mocks, or virtualizations should be used: the testing phase and the problem-solving approach.

Stubs and mocks are commonly put to use when the API is still in its building block stage. But a virtualization should be introduced only when the API is already near completion. It serves as the last testing hurdle before the team launches the API into the world.
Also read: 14 Best Webinar Software Tools in 2021 (Ultimate Guide for Free)

Individual issues in your API can be resolved by stubbing or mocking. But other issues, such as those involving quality assurance, will only be brought to the fore in the virtualization phase.

Knowing what sets the three apart, and what purpose each of them serves, will make your job as an API tester much easier. Remember to test mindfully and in close collaboration with your API development team.

Eunice Williams is a digital marketing professional based in United States. She enjoys connecting with people and hearing their stories. Outside of work, she is an avid reader and traveler who likes to observe how life is like outside the spaces she is familiar with.