Every second day there is a new app coming in the market, and the technology behind it keeps us mesmerized for longer.

These new technologies have everything in their hands to create a stir in the market, however, this can only happen, when technology finds its way on the right OS platform. I know it is a moot point to discuss which OS is best, as both Android & iOS have their own share of benefits.

To cut the chaos short, today we are going to cover the number of challenges and strategies to be considered while opting for iOS app development.

Why iOS devices are the most popular?

We all know, iOS devices have less of a learning curve as their functions are similar, and the apps on iOS are seamless and fluid in every possible way.

People are glued to iOS devices, whether a smartphone, Mac, iPad. No doubt, the iOS market is very huge with millions of users currently spread all across the globe.

Now after the launch of new models in the market, there has been a massive reduction in the sales of other desktop PCs & notebooks, and Apple products are literally dominating the market.

Thus, due to its increasing demand, many businesses have understood the importance of developing an app for iOS and have begun the work towards the development of the app for this OS.
Also read: Uber Clone App Guide 2020

What are the factors to be considered while developing iOS apps?

Now let’s take a look at different factors that developers must keep in mind, and be acquainted with the following coding and development systems:

Various companies provide the services of developing an app for iOS, however, the questions you have to ask is how credible are they in doing so? What are the additional services and the timeframe in which they complete the development?

Today there is a larger spectrum of businesses that take the benefit out of his particular OS.

When developing an iPad app one should always keep in mind the above points so that you can acquire the results as per you have imagined your dream app to be made.

But on the other hand, there are few Pro tips that you must consider before initiating the app development project, let’s grab a quick look.
Also read: Facebook's new Preview Feature, Admins will get Advantage

Much before you start developing the app development journey, you must create an outline of your purpose for the application. Here, you can create a mobile strategy to help you understand the purpose behind app development, and which purpose is likely to serve and how it will help your consumers.

Apple is very rigid with the security measures for its apps, hence you have to be extra cautious while developing an iOS app, and take care of security at every possible step of the development.

You should know that Apple is hugely concerned about the content layout of the apps. And the content must fit the screen accurately, avoiding any need to scroll left or right. Check this aspect clearly to avoid rejection from Apple.

There are different iOS versions available in the market, and not every user has updated to the latest version, hence your app must be compatible with as many as versions as possible, to help users to utilize your app’s functionalities largely.

Battery usage should not be missed

For an iOS device battery is most significant, if your app helps users’ device battery not to be consumed unnecessarily, then it would stay in their device, else it will be uninstalled. So keep a check at the battery usage and make your app, users’ favourite.
Also read: The Importance of Mobile Apps in 2019

A mobile app regardless of any OS becomes only successful when efforts are invested in its development. This brings a personalized approach to the users, and in return, users get value out of the final product and demand your app in abundance

By following these steps you certainly help your iOS app to turn into a successful product and secure a loyal user base much before its official launch in the market.

With this hope that you would have received some useful tips in iOS app development, I bid adieu to you all today.

Stay hooked to this space for more technology info and updates!

Harjot Kaur is a Business Head at Techugo- a mobile app development company, spending her day with her selling and convincing skills, helping in converting leads, and closing customers. She is technology graduate and when she is not busy in her usual business talks, she explores new technologies, and shares her knowledge through writing. 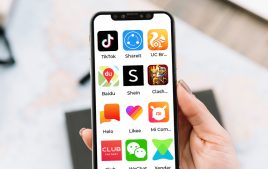 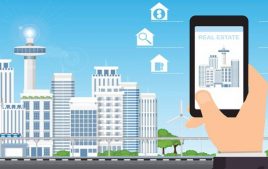 Must-Have Features for Your Real-Estate Mobil... 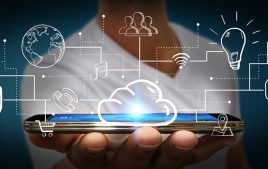 Why Cloud Technology is Important for Mobile ...

He is a pro-Trump commentator with 2.5 million followers.

No reason was given.

This is the censorship President Trump was talking about.

Today we start our first class of Career Labs! Looking forward to job hunting! Woohooo! Also, I keep updating my portfolio! I like this a lot better. 😊

Coming soon to a world near you, global high-speed internet! (Seeker) #Technology

How can and should you use Lead Magnets in Your Marketing Funnel for better results? Plus ideas what you can use as a lead magnet #emailmarketing http://dld.bz/hc2cG