What Character Traits Should A Programmer Have In His Student Years?

What Character Traits should a Programmer have in his Student Years? 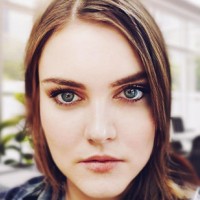 It is well known that there are no universal people. Most of them show good results in a limited set of activities. Vocational guidance is aimed to help young people find areas in which they can develop their talents to a maximum extent.

Indeed, it often happens that a genius artist studies at an economic university or a brilliant historian becomes a bad doctor. The same applies to programming.

University professors and IT practitioners talk a lot about how to build a software architecture, how to choose names for variables, how to better document the code, etc.

But after all, programs are written by live people. Some of them become outstanding programmers and achieve great success, while others abandon the profession.

Studies show that truly talented specialistscreate programs 10 times faster than their less gifted colleagues. Time spent on debugging code, as well as volume and speed of a ready program, a number of errors, detected also differ by about 10 times.

It is important to follow natural inclinations and choose an IT career only if young people have character traits required in this area. It is not difficult to determine whether a student will become a good programmer in the future.

It is enough to analyze one’s thoughts, behavior, and life priorities. In this article, we will answer the question of what qualities a person should possess to write perfect code.

Intelligence does not seem to be a character trait and, in fact, it is not. The highest intelligence level is not the main precondition for becoming a good programmer.

The best programmers are those who understand how limited their capabilities are. They are modest. The worst programmers refuse to admit that their abilities do not match a task.

Their character does not allow them to become better. The harder you work to compensate for the limited capabilities of your mind, the better you will program. Therefore, development speed depends on your modesty.

As soon as you realized that your capabilities are way too small to understand most programs, that effective programming is a search for ways to compensate natural shortcomings, you should begin this search and not stop until the end of your career:

Forming a character of a highly qualified programmer involves developing an increased sense of professional integrity which can manifest itself in various forms:

Excellent programmers learn to collaborate effectively, which always means writing readable code. Computers will read your programs as often as other people, but artificial intelligence reads bad code much better than people.

Do not forget about programmers who will have to change your products in the future. First of all, programming is communicating with other specialists and only then – with a computer.

Some novice programmers believe that standards and conventions suppress creative freedom, but it is not always the case. Can you imagine a website that has different fonts, colors, text alignment, graphic styles, and navigation methods on each page?

It is no longer creativity but chaos. If standards and conventions are not used in a large project, it becomes impossible to complete it.

Laziness can manifest itself in several ways:

The first laziness manifestation will hardly ever be useful. You will be able to get rid of it if developing the habit of coping with challenging tasks right away.

This habit corresponds to the second, enlightened laziness type. You are still lazy, but you solve unpleasant problems by spending as little time as possible on them.

The third laziness type involves creating a tool for performing an unpleasant task. Undoubtedly, this is the most productive type, of course, if a tool allows to save time in the end.

Remember that laziness has a downside. Haste and efforts are not valued in programming as highly as on physical education lessons. Haste points at activity but not performance.

It is not difficult to confuse movement with progress and productivity. The main role is played by thinking ineffective programming, and thinking people usually do not seem to be busy.

Features that are less important than it seems

In addition to haste, there are other features that are relevant in other life areas but not particularly effective in software development:

Developing good habits is extremely important because IT specialists do many things without thinking. Bill Gates says that any good programmer is good already in the first few years of practice. After this stage, it is almost impossible to change one’s work style.

Good character is in many ways a product of good habits. Learning to do something, learn to do it correctly right away. When considering your actions actively for the first time,you still can change your approach.

Having done something a few times, you begin to pay less attention to your actions, and the power of habit prevails. Make sure you form exactly the habits you want, develop the right attitude towards learning, and everything else will come by itself.

This post is written by one of our paid guest contributors. They are tech lover and sharing their thoughts on tech innovation with readers around the world. Their passion for content, SEO optimization, and writing developed following every personal blog's growth, and inspired there to pursue a career in content.

Apple Reality OS: What It Is & Expected Release Date

Apple is working on the next-generation AR/VR headset that will run on the..