Dentistry is one of the oldest branches of medicine. Even prehistoric people knew what a dentist’s drill was. This is evidenced by the excavation of Megara in Pakistan. There were discovered traces of at least 11 dental operations on teeth belonging to 8 people buried about 9,000 years ago.

On the surface of the teeth of primitive patients, holes of clearly artificial origin with a diameter of 1 to 3 mm and a depth of 0.5 to 3.5 mm are clearly visible. All teeth treated with a “Neolithic drill” were deep in the mouth. Apparently, the first dental instrument was a flint-tipped wooden drill.

But how far have people progressed in the art of dentistry over the past centuries? Dr. Vernon Gipson asked Dr Rahele Zabeti, head doctor, implantologist, periodontist, orthopedist, an orthodontist, to take a short digression into the history of dentistry and tell us about what teeth and oral cavity as a whole can tell about a person’s health.

Dental Services as a science appeared at the end of the 19th century, and as a medical discipline took shape only in the 20th century. Nevertheless, people recognized the importance of dental health and the impact of their condition on general health almost from the era of the primitive communal system, when strong teeth played a significant role in survival issues. And early testimonies with flattering reviews about the owners of healthy teeth are present in sufficient quantities in folklore works of various peoples. Whatever the beauty of the good fellow, along with black eyebrows, a light brown braid or resin curls, pearl teeth are necessarily mentioned. If it was a young man, then, naturally, this image was reinforced by remarkable strength and mighty health – and this should be seen as the most direct connection.

Related: – How to Stay Health During Holidays

What can even a primary examination of the oral cavity and teeth about the state of the body as a whole tell the modern dentist?

Even at the first “acquaintance” with the patient’s oral cavity, in addition to detecting obvious aesthetic problems, the dentist can detect signs of very serious and dangerous diseases. There are tests with which you can detect severe vitamin deficiency, oncological, genetic diseases, fungal and immunological lesions that have specific and often very clear manifestations in the oral cavity.

So, really, teeth – an indicator of health status?

Well, I would not say what exactly teeth are, because teeth are not so much influenced by various processes in the body. But the oral cavity as a whole – this is the object of close attention of the dentist. This is perhaps the biggest misconception that dentists should deal exclusively with teeth. Dentistry is a science that studies not only diseases of the teeth, but also diseases of the oral cavity, jaw, and the entire facial region as a whole. And this is the ligamentous apparatus of teeth, and gums, and mucous membranes, and jawbones, and temporomandibular joints, and the muscles that are responsible for the operation of this system – this is not a complete list. And only the so-called “dentists” are engaged in teeth, and I would not like to join such dental services.

I think that you, as a universal doctor who owns most of the dental specialties, can draw a definitive picture of the treatment.

My universality, as you said, is due to the fact that I am completely not happy with the concentration on one dental problem because such an approach often leaves out of focus a whole series of potential tasks in caring for the patient’s health. This is much more complicated than just being a general practitioner, this is a completely different story – because, in order to be able to solve the whole complex of problems for each patient with a high professional level, it is better to have in-depth knowledge in several dental services. For me, it’s more important not even what specifically led the person in the dental services, and then, what is the general state of affairs with the health of his oral cavity. After all, our task is not only to deal with the reason that led the patient to the appointment but also to recognize hidden potential problems.

This is what is important in modern dentistry. Regarding the question you posed, I would rather highlight the most frequent incentives for visiting a dentist: pain, discomfort, which can be caused by various diseases of the teeth, joints, gums; difficulties with functional activity (chewing food); gum problems; and, of course, cosmetic dissatisfaction.

Related: – Everything You should know about the Healthy Habits in 2019

What is dental disease prevention today? Their role, types, specifics?

This question also requires an individual approach. There are people who proudly say that they have not been to the dental services for 20 years and everything is wonderful with them. And this may be true – such patients, although extremely rare, are found. And this is connected, if we speak the philistine language, with good “by nature” teeth. Over 22 years of practice, I have encountered such cases. Moreover, one patient also did not very diligently care for his teeth, did not give them due to importance, but at the same time, he was doing fine. But, alas, these are isolated cases. It is much more often different. The patient says that he carefully cares for his teeth, cleans them correctly, but the teeth are still destroyed.

This is not entirely true. If a person says that he brushes his teeth, but at the same time he develops caries, then, most likely, the result of applying not quite suitable preventive measures to prevent the development of dental diseases is evident – with adequate prevention, they should not appear. If you come to your dentist every six months and he simply states that you have a new hole, then you need to think about changing the dentist, since the hygiene program and prevention do not correspond to the destruction activity. And this is the doctor’s concern! 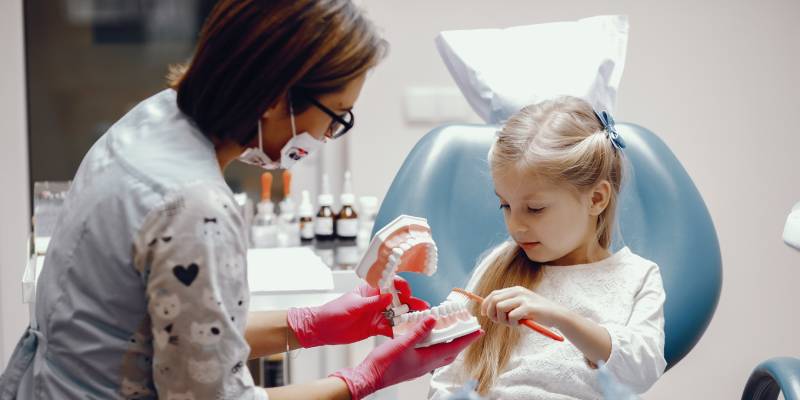 Change doctor – or learn to brush your teeth yourself?

And this is another illusion that the rules for caring for the oral cavity are the same for everyone and you just need to follow the generally accepted instructions. Of course, it is better to brush your teeth according to the general “canons” than nothing. But, alas, you cannot learn to brush your teeth yourself – this is what your dentist should teach you. There is no universal system for brushing your teeth. For each patient, depending on what dental “constitution” he has, where caries develops, what is the main problem with oral health, whether there are implants or not, crowding of teeth or not, an individual brushing scheme should select and explain it dentist.

And how fast is the development of dental science now gaining momentum?

As I already said, over the past 50 years, dental services have been growing rapidly. Sometimes even experienced doctors have the feeling that she has reached some higher level or even the “ceiling”. But this is not so, because new discoveries are constantly being made. Light composites appeared in the middle of the 20th century, and we thought – this is the ultimate dream! Then they invented modern ceramic materials, then implants, which seriously changed a life, then orthodontic appliances that can imperceptibly correct the bite. Then they started using microscopes, and treatment with an increase of 50-60 times began to give radically better quality results. There are so many examples. So this process will continue to gain momentum.

Hi, I am Anna banner from Dental Envy, I am a senior content writer overhear. I have been writing content about dental health and other dental services for the past three years.

What is Medical Negligence?

There are few professionals that are as trusted as doctors and other healthcare..

Each year, thousands upon thousands of startups are founded. These startups..

Cold weather is often associated with sickness. The cold virus can spread..

8 Best VR applications in the Healthcare

Here are the top 8 VR apps in healthcare. Many healthcare organizations are..

With the US supplement and vitamin market booming and new products hitting the..

What You can do to Avoid HIPAA Violations in Your Practice

Every medical practice has a legal and ethical responsibility to ensure patient..