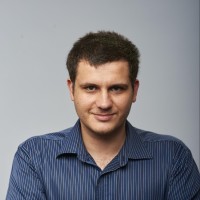 In 2020, COVID-19 is something that gets a lot of people worried. Some people even overact and think it’s the end of the world. Of course, it’s not, and like so many other devastating world events, this too shall pass.

But, while we are on the subject, the end of the world and what a post-apocalyptic world looks like has been very interesting and fertile ground for books, movies, and television shows over the years.

If you are stuck inside during the pandemic there is plenty within this genre to keep you entertained. There are books, movies, and shows that get you excited with action, that makes you think deeply about the human condition and even ones that make you laugh.

Here is what to read and watch if you’re afraid of the apocalypse.

BOOK: I Am Legend

There is plenty of great non-fiction fare in this genre but the real fun is reading the fiction that an author has conjured up in his or her imagination.

Richard Matheson’s imagination created a post-apocalyptic world that is so interesting and rich that he inspired a generation of authors, including Stephen King.

He also inspired at least 3 movies with this book, 1954’s The Last Man on Earth (not to be confused with the TV show below), 1971’s The Omega Man, and the 2007 Will Smith blockbuster with the same name as the book.

In this legendary novel the main character, Robert Neville, lives in a post-apocalyptic Los Angeles (Manhattan in the most recent movie) where he may be the only human to have survived a global pandemic.

This pandemic was a little different than others though because it didn’t kill the population, it turned them into blood-sucking vampire/ zombies.

Neville deals with the depression of being alone in the world, befriends a stray dog, and works on a cure for v the vampires that may still be savable. There is a lot of vampire-fighting action and even a love story in this book. It is a true classic of the genre.
Also read: 10 Best Saas Marketing Tools And Platforms For 2021

The Mad Max franchise is loaded with great post-apocalyptic action movies so if you prefer one of the earlier, Mel Gibson fronted movies, that’s ok too.

This 2015 Charlize Theron and Tom Hardy film though is the best-reviewed and most decorated of the bunch. It was the surprise darling of the 2016 Oscars with 10 nominations.

It’s 6 wins gave it the distinction of being the most awarded film of those Academy Awards and the most awarded Australian film of all-time. Although the post-apocalyptic world in this film is desolate and violent, heroes do emerge, including Imperator Furiosa (Theron), one of the best female heroines in the history of film.

The plot revolves around the title character being captured by a violent biker gang known as the War Boys.

While Max is in captivity, one of the War Boys lieutenants, Furiosa, takes off with several of the leader’s wives to help them escape to safety.

After an incredible high-speed action scene, Max escapes and joins Furiosa as they try to get the wives, and themselves to freedom. It isn’t often pure action movies like this are so beloved by both fans and critics so you know this is a great one.

The premise of this show also starts out hitting a little too close to home, with a sole character believing he is the last man on earth in late 2020 after a virus wipes out the population.

Don’t let that stop you from watching though because, after that, hilarity does ensue. The show was created by the actor who plays the main character, Will Forte of Saturday Night Live fame. The show follows his “last man on earth” as he finds out that there are actually a few other inhabitants left in the U.S.

The show is a funny take on what we would really do if society ceased to exist and how we would deal with only having a few people in the world left to socialize with.

The show only lasted 4 seasons but they featured a who’s who of Forte’s SNL cast members joining him including Jason Sudeikis, Kristen Wiig, Fred Armisen, and even a cameo from Will Farrell. Although the show was canceled, it always drew praise from critics who liked the humor that came from such a scary topic.
Also read: Best Online Courses to get highest paid in 2021

This is the best of both worlds because you can also check out the 2009 movie based on this Pulitzer Prize-winning novel but for the full McCarthy experience, it is best to read the original.

This book is the story of a father and son traveling to the sea following an apocalypse and the suicide of the boy’s mother. Along the way, they must navigate marauders, cannibals, and thieves, all while the father is secretly sick and dying.

The ending is gut-wrenching but McCormack also leaves it ambiguous so readers can draw their own conclusions as to what actually happens after the last page of the book. If you like this book, you can check out the other books as well on this Cool Things Chicago list of best post-apocalyptic books.

he topic is something that creators have used for years as a backdrop to tell all types of stories without getting bogged down in the details of the real, modern world.

Hopefully, if recent world events have made you afraid that the apocalypse is closer than we think, these books, movies, and shows will help you get through this tough time and stay entertained through the struggles.

What is Medical Negligence?

There are few professionals that are as trusted as doctors and other healthcare..

Each year, thousands upon thousands of startups are founded. These startups..

Cold weather is often associated with sickness. The cold virus can spread..

8 Best VR applications in the Healthcare

Here are the top 8 VR apps in healthcare. Many healthcare organizations are..

With the US supplement and vitamin market booming and new products hitting the..

What You can do to Avoid HIPAA Violations in Your Practice

Every medical practice has a legal and ethical responsibility to ensure patient..