How To Record Voice On Mac Easily And Quickly

How to Record Voice on Mac Easily and Quickly

Recording audio on Mac is intricate as its built-in software QuickTime Player cannot capture the internal sounds. In turn, this creates a big problem for gamers who need to live to stream their gaming videos. Also, those who want to record tutorial videos or any essential information with their voice could face difficulties.

One way you can easily overcome this problem is to record internal audio sound easily, i.e., an offline screen recorder! Surprisingly, the offline external screen recorders allow Mac users to record both external and internal sounds simultaneously! These screen recorders let you smoothly handle your professional and educational life with uninterrupted voice recording. Besides, you can also capture the beautiful moments you share with your loved ones living overseas through webcam and video calling software.

With the rising demand for screen recording software, multiple tools have thrived, some of which are useless. To help you avoid being misguided, here we talk about the top-of-the-line offline screen recorder tools that make voice recording hassle-free! So let’s get started!

Part 1. How to Record Voice on Mac with EaseUS RecExperts

EaseUS RecExperts is a feature-packed screen recording tool that lets you capture any part of the screen seamlessly! From multi-screen recording features and quick player access to editing during recording, EaseUS experts have got you covered all. Being compatible with both

Windows and Mac, the software allows you to record audio from live streaming, webinars, meeting calls, and more!

This tool lets you record the webcam video and your screen in unison, adding a personalized background. This feature helps seamlessly record gameplay videos, tutorial videos, presentations, etc. Also, its green screen technology lets you record any video with a virtual background.

Be it any streaming audio or a YouTube one; this multifaceted tool can help record all! The best part is that EaseUS RecExperts lets you mute the original audio without muting the recorded file so that anyone else in the room is unbothered!

Capture screenshots during the recording

Its built-in screen capturing facility lets you take screenshots of any particular part of the screen in between the recording. EaseUS RecExperts automatically save the screenshots in the saved files. You can capture the screenshots using the hotkeys, customize them with stickers and make GIF images.

With an inbuilt record player, EaseUS RecExperts lets you record videos in 4k definition uninterruptedly! Also, you don’t need to compress the downloaded file to play or adjust the playback speed of the raw file.

EaseUS RecExperts offer a free video editor, easy to use and packed with basic editing features for beginners. You can cut, crop, merge or rotate the footage. With its advanced editing options, you can embed an animation effect on your downloaded videos. The trimming tool lets you trim the recorded file perfectly, even at milliseconds.

It is the best tool for capturing games for live streaming. You can record your game in 4K UHD quality and stream it at 144fps with zero lagging! This tool lets you record encrypted live videos and TV series from any OTT platform, including Netflix and YouTube.

Also read: 11 best ways to Improve Personal Development and Self-Growth and its Benefit on our Life

To play the recorded file directly, you can create a shortcut. Also, with its easy file management features, you can conveniently manage and delete recorded video and audio files.


How to Record Internal Sound with EaseUS RecExperts

Through these three simple steps, you can easily capture your desired audio!

Launch EaseUS RecExpert, and click on the Microphone icon to ensure that your voice is recorded automatically when you start recording.

Step 2: Record the audio you want

Click on the ‘REC’ button to start the recording. The tool comes with no time limitations, meaning it permits unlimited recording. 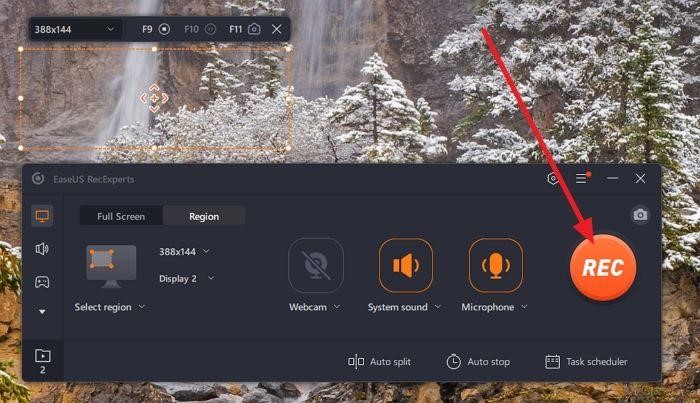 Step 3: Play, make editings and save

Once the recording is complete, you can open the audio file in the built-in video editor. You can crop, merge or cut it as per your requirements and then save it to use later!

Alongside EaseUS RecExperts, there are several other free software with which you can record internal voice on your Mac. Take a glimpse of the top-rated ones among all:

OBS is available for Windows, macOS, and Linux operating systems, and it offers a wide range of features, including support for multiple sources (e.g., game capture, microphone, webcam), the ability to mix audio and add filters and effects, and support for popular streaming platforms and protocols. 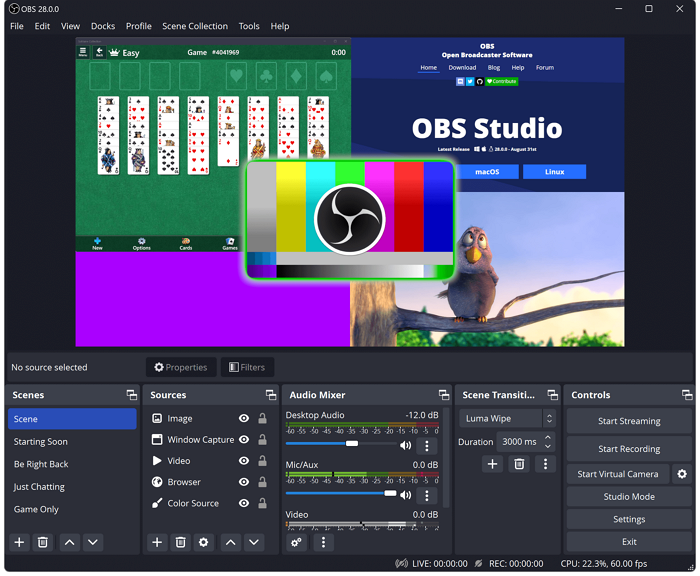 Audacity is a multitasking screen recorder tool embedded with versatility and amazing features. The tool is free and comes with no additional or hidden charges. Among its wide range of functions and features, noise reduction and noise gates are the best! Also, the software lets you adjust the pitch for clearer and background noise-free audio.

Keeping all these apart, like other screen recorders, this one, too, has basic editing features, including cutting, trimming, and merging. Most importantly, this software can save your downloaded file in different formats such as WAV, MP3, etc.

Import/ Export: This software allows you to import sound files, customize them with editing, and merge them with a separate sound file. Similarly, you can export your personalized audio in different formats.

Made exclusively for Mac, Logic Pro is a complete solution that caters to all your audio recording requirements. This professional-grade, feature-rich software is everything you need to create customized music on your Mac device. With a user-friendly and sleek interface, Logic Pro lets you record and edit your audio files without a fuss!

Integrated with Dolby Atmos tools and innovative features, the software lets you customize the file impressively! Its inbuilt sound library has enormous sounds and plugins to add effects to the audio file. 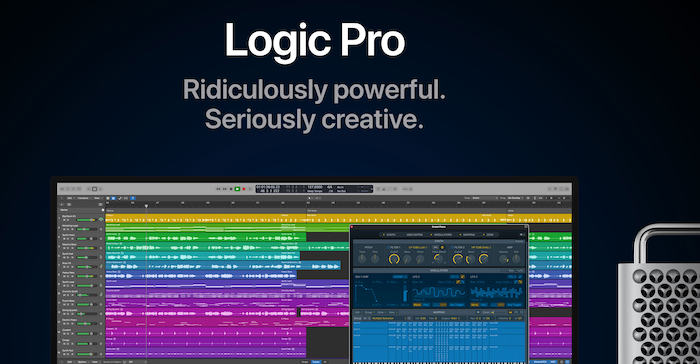 An offline screen recorder doesn’t rely on internet connectivity. With it, you can record, edit, mix, and play your audio and video records even if the internet connection is unstable. Due to this reason, Mac users love trying their hands at offline recorders rather than online ones.

Each screen recording software has its perks, facilities, and features. So, before you choose yours, take some time to figure out your requirements and then opt for your suitable software. EaseUS RecExperts can be your ideal choice as it is enriched with all the features a Mac user could look for in a screen recording tool.

What’s holding you back? Download it today to record internal audio in your Mac device fuss-freely!